LA UNIÓ de Llauradors said that the agricultural sector has played an essential role in the face of the COVID-19 crisis, but that the praise they have received has not translated into better prices in 2020.

This is the main conclusion of the 2020 agricultural balance presented at a virtual press conference by the organization, which has prepared a detailed report sector by sector. “Except for citrus growers –and we'll see how the campaign ends– and those producing pomegranates, the all sectors have collapsed with this crisis. Producers in other sectors have not managed to obtain better prices, despite the higher market demand and increased consumption. Only negative figures are reported, and in some cases, this situation has been on-going for many campaigns. Someone may be making a profit from this, but I can assure you, it is not us,” said Carles Peris, general secretary of LA UNIÓ. 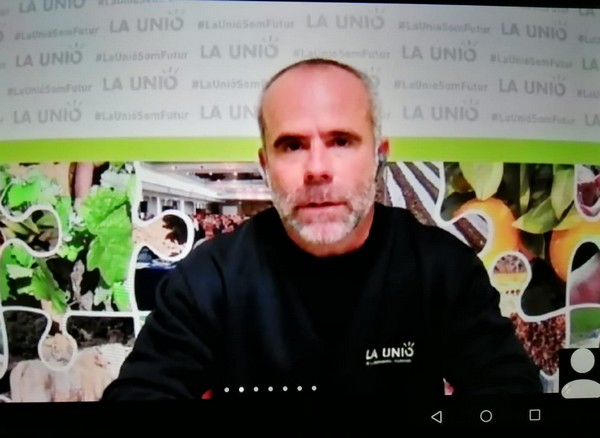 The response from the Administrations to this has not been adequate, according to LA UNIÓ. For example, of the 6.5 million Euro in three aid programs allocated by the Ministry of Agriculture to compensate for the damages caused by COVID-19, only slightly more than half of the budget has been granted, specifically 51%.

The signing of EU trade agreements with third countries isn't helping either in the recovery of the profitability of the Valencian agricultural sector. In this regard, Peris said that "given the lack of studies on their impact, and the fact that there is no reciprocity in social and phytosanitary standards, it is becoming increasingly difficult for us to compete in such a globalized market due to the agreements signed by the EU with third countries."

In the opinion of LA UNIÓ, globalization and this pandemic should serve to promote agri-food models that prioritize the supply of products grown as locally as possible.

Consequently, LA UNIÓ has proposed using a part of the European recovery funds for the restructuring and conversion of the Valencian agricultural sectors. The measures named include:

• Varietal conversion to make citrus farming more sustainable, so that the crop is more compatible with beekeeping (due to its important contribution to biodiversity).

• Providing aid to reduce the plum acreage, so that the supply can be brought into balance with the demand.

• Setting up a specific help line for the conversion and restructuring of the nut sector in rainfed areas, with the aim of introducing adapted varieties with higher yields.