“I can well see how farmers in five years’ time will insist on interaction between data providers, service providers and consultants visiting their farms,” says Coenraad Fraenkel, CEO of Agrimotion Consulting, soon to be based at the University of Stellenbosch’s AgroHub at Welgevallen experimental farm, where they are the only commercial consultancy present amid leading research institutes. 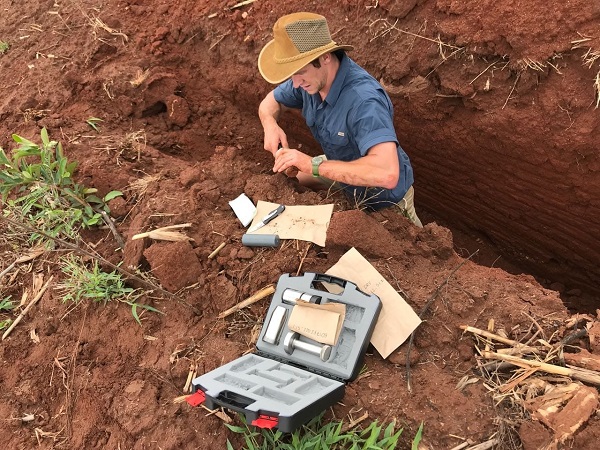 “Never before have there been as many agtech companies collecting data and the amount of data is overwhelming to farmers. Agrimotion strives to be an interdependent partner to the industry in the interpretation of the data generated.

“To make sense of all this data available to farmers we’re spending an incredible amount of time on our water management platform IRIS® (Integrated Response Irrigation Scheduling) and IMPI® (Imagery, Monitoring, Production, Integration) which assist producers in integrating the reams of data generated on the farm - there’s an app for everything these days. Our platforms transform that data into an easily understandable recommendation on ground level.”

One farm, one data set
Because of Agrimotion’s independence, Coenraad says, they are the ideal partner to integrate farm-generated data (which, he points out, belong to the farmer at the end of the day) in a cooperative manner between agtech companies, service providers and consultants.

"The planning phase of a new development is critical to ensure you're planting the right cultivar in the right place and in the right manner," says Coenraad Fraenkel

IMPI aims to be a structure where all data emanating from and all knowledge relevant to a farming enterprise is integrated for full practical application. “As Agrimotion we’re going to move to a much more interdependent relationship with other companies.”

“We’re not interested in the algorithms behind an app or how the technology functions, but we know that a client would like to see that data in one place. That is one of our greatest aims with IMPI, a closer working relationship with up-and-coming agritech companies to facilitate more informed decisions. Everyone visiting the farm should be working with the same set of data.”

The consultancy sees itself as a conduit between the theoretical research emanating from universities and practical farming. Their roots are in soil science, but they’re on the cutting edge of research into all spheres of agricultural production, like soil science, plant nutrition and manipulation, irrigation, remote sensing and climate analysis. 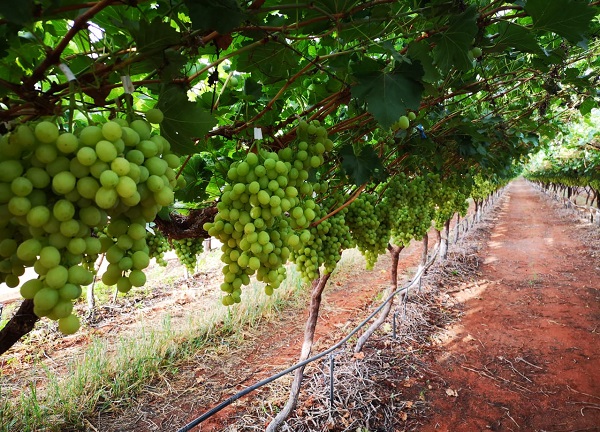 “We aim to provide a farmer with a number of options to get to the best answer. We sell knowledge, which means our knowledge always has to be sound and scientific, and that’s why we’re putting a lot of effort into our relationship with universities and research institutions like the University of Stellenbosch, Citrus Research International (CRI), the South African Table Grape Industry and HORTGRO. All of our team leaders serve on the advisory panels of industry associations like HORTGRO or the soil classification working group of South Africa.”

Soil chemistry: a time bomb in water-scarce areas
“For most of the Western and Northern Cape fruit trees have been taking a hiding during and since the drought. It’s very contradictory, as it was the largest citrus harvest in South Africa’s history and it was one of those rare years when table grapes and citrus peaked simultaneously in terms of price and production.” 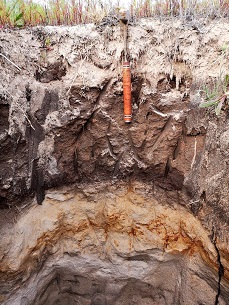 The full extent of the drought is becoming visible only now, he says, particularly with regards to soil chemistry.

He refers to the current chemical condition of soils in the semi-arid areas of the Western Cape, along the west coast up to the Northern Cape, as a ”time bomb”.

The Cape’s winter rain fell plentifully in the catchment areas. In the dams the water quality has much improved, but the soils of water-scarce areas have become more saline. During the drought producers were forced to irrigate their orchards with the little water left over in dams in which salts had concentrated.

“Where we’re looking for an optimal soil pH of 5.5 (KCl), on some soils we’re measuring 3 to 3.5 KCl. We’re sitting with problems that we’re going to have to address.” 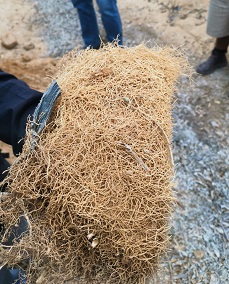 Usually lime or gypsum applications would be the obvious response to soil acidity or salinity, but it cannot be easily applied through the drip irrigation installed (rightly so) to save water during the drought. As it barely ever rains in these orchards, salts aren’t naturally flushed out nor can lime be washed in.

Moreover, Coenraad says they’ve come to realise that without drainage added to affected blocks, the excessive salts are just moved around within the block.

Plant diversity in the orchard fundamental to soil health
Cover crops have a role to play in recuperating soils, as increased soil organic matter improves soil drainage and reduces the concentration of the salts per volume soil.

One well-intended measure supported by the provincial department during the drought to curb evapotranspiration and to cool down the soil, was the introduction of wood chips from alien vegetation from the Western Cape’s waterways as mulch in the orchards. “The moment you pack a mulch of only one type, there’s only one source of decomposing plant material as food for soil biology. We’re now starting to find that this might have disturbed soil biology in orchards, particularly in citrus where some rootstocks are dependent on a symbiosis with soil organisms.”

Research into cover crop selection and combinations is a high priority for the South African fruit industry, led by scientists like the nematologist Dr Sheila Storey and Dr Pieter Swanepoel from the University of Stellenbosch.

“It excites me to see the amount of cooperation between fertilizer companies and consultancy firms and research institutes, working closely together to get solutions for these areas of concern.” 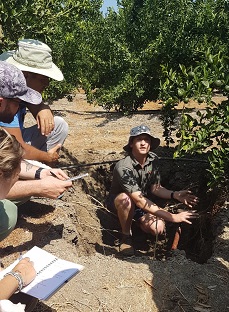 Small wonder, then, that the expertise of South African fruit production specialists in dealing with drought is in high demand across the world, from California which would seem obvious, to the Netherlands which does not.

“The real key is to adapt research and new knowledge to local conditions,” he says, and he doesn’t only mean physical conditions, but also socio-economic ones, like the exigency for employment opportunities in Africa.

“The training part of our work is equally important. What does it mean in practical terms to address soil health or soil chemistry? Much of the research has been done but it doesn’t always reach farmers. That’s the role we envision for ourselves.”

Africa: Replacing cash crops with permanent fruit & nut crops
“It’s incredibly important to roll out these programmes in our neighbouring countries as well. If we can get countries like Mozambique, Zimbabwe, Botswana and Namibia to buy into permanent crops, it could strengthen their economies.”

He firmly believes in the value for Africa of moving away from cash crops to more permanent crops, and in particular fruit crops with their high labour requirements, the relatively small areas required and its ability to generate foreign income through exports.

He is impressed by what he has personally seen of the Namibian government’s enthusiasm for a local fresh produce industry. They might not necessarily be able to supply financing, he continues, but they stand ready to minimise red tape and offer other incentives.

Water bodies like the Kavango River on the country’s northern border and the Hardap Dam in central Namibia hold big irrigation potential.

Large citrus developments around the copper towns of Tsumeb and Kombat in the north of Namibia are currently in the planning phase. 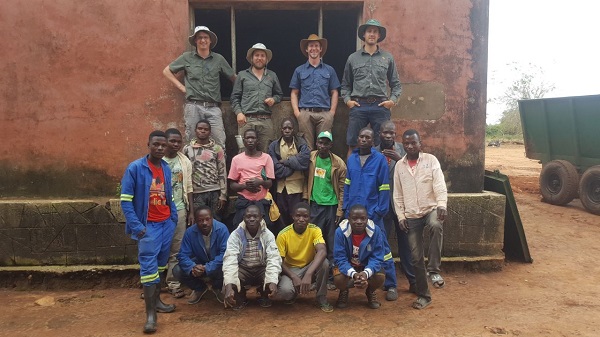 The team responsible for surveying 1,000 ha for an avocado and macadamia development in central Mozambique

Agrimotion has been involved in developing avocado and macadamia production in Sussundenga, central Mozambique; two crops that are par excellence suited to African conditions because both are hard upon harvesting and can withstand bumpy roads and a scant cold chain.

He calls the recent announcement of Botswana’s first citrus orchards “a massive step in the right direction. The fruit industry could have a significant impact on our neighbouring countries.”