Luis Fernando Rubio, director of Procecam: "We hope that the demand will resume with the start of vaccinations"

The Spanish onion harvest is around 40% smaller this year due to the impact of heat waves on the yields during the growth and development stage of the bulbs, which has also resulted in an overall reduction of the sizes. Thus, the supply of large onions is very limited, although so is their demand. 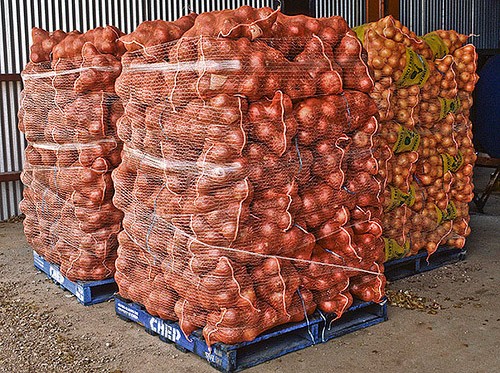 The outbreak of COVID-19 cases this fall in Europe has caused the governments of the main consuming countries to enforce increasingly stricter containment measures, such as the almost full closure of the restaurant and hospitality sector, which usually demands large onions.

"The demand for large-sized onions has ground almost to a complete halt, while the demand for medium-sized ones, which are abundant this year, is much better," says Luis Fernando Rubio, director of the Castile-La Mancha Onion Producers Association (Procecam), formed by more than 140 producer partners and with a production that exceeds 540,000 tons per year.

According to the representative of this association, the loss of the restaurant channel has translated into a 28% increase in the sales to the retail sector, as household consumption has grown, although he also says that this doesn't compensate for the loss of the horeca channel; an essential customer of large-caliber onions, which are the most representative for Spanish exporters.

“Although there has been a very slight rebound in recent days, the large onion market is quite stagnant. Hardly any operations are being carried out ahead of Christmas, when we tend to have a very high demand. The situation is one of uncertainty as never before experienced in this sector,” says Luis F. Rubio. "At the moment, large onions are properly stored in the hope that, with the arrival of vaccines in the coming months, we will see a gradual return to normality and the demand for onions will stabilize again in the usual channels," he says.

Unlike Spain, other European producing countries have had a similar harvest to that of other years, with a good supply of large calibers. "Fortunately, since there is more household consumption, the demand for medium-sized onions is still good and its prices remain acceptable, despite the fact that they have been slightly reduced over the last two weeks."

With the end of Indian onion exports, Spain has found gaps in Asian markets, and even in the Indian market itself. However, the most beneficial factor for Spanish exporters has been the growth of Dutch exports outside of Europe, which have broken records this year. “With India out of the international markets, the Dutch, our main competitors in the medium-sized onion market, have shipped a lot more to African and Asian countries, thereby reducing the pressure in Europe, currently affected by the health crisis. When vaccinations become widespread in Europe, we could see a significant rebound in the demand for onions in Europe in the second quarter of 2021,” says Luis Fernando Rubio.