China is one of the largest apple producers in the world. The apple orchards are distributed across the entire country. Among these production areas, the apples from Sanmen in Henan stand out in the Chinese apple market.

The Sanmen apple orchards supply apples all year round. The production season begins every year in late June with Gala apples and other early-season varieties such as New Red Star apples, provided that the weather conditions are regular. These apple varieties are closely followed by Imperial Crown apples and Red Fuji apples. The entire production season lasts until late June in the subsequent year. The main advantages of apples from Sanmen over apples from Shandong or Shaanxi, are the superior product quality and the low purchase price. 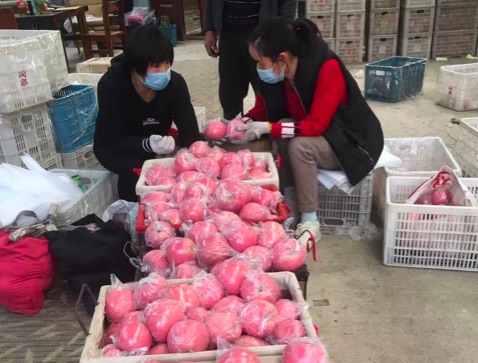 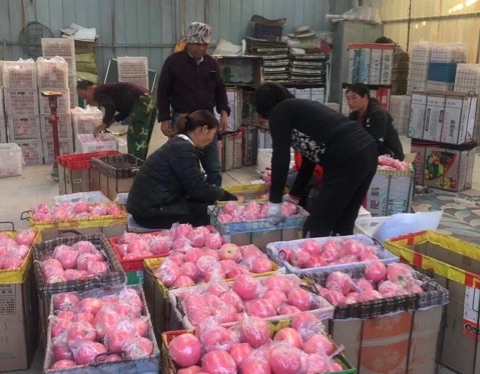 Only a small number of apple orchards suffered from an unexpected cold snap during spring, so while their production volumes declined, the overall impact on the Chinese apple industry remains limited.

"Our Sanmen orchards mainly produce Red Fuji apples in late September. The price is not bad. Our price is slightly lower than the purchase price of Red Fuji apples in Shaanxi and Shandong. The price of our 80# Red Fuji apples is 2.80 yuan [0.43 USD] per 0.5 kg. The price has always been around 2.20 yuan [0.34 USD] per 0.t kg in previous years. Our clients usually finish purchasing apples to stock their storage by the end of October. We usually sell out all the apples we purchase from apple farmers by the end of November, but the outbreak of Covid-19 has had a negative impact on the Chinese apple market. Everybody hopes that Chinese Spring Festival [12 February, 2021] will provide a stimulus for the Chinese apple market." This is according to Mr. Wang Kejian of Sanmen Ganshan Chenguang Fruit Industry Co., Ltd. 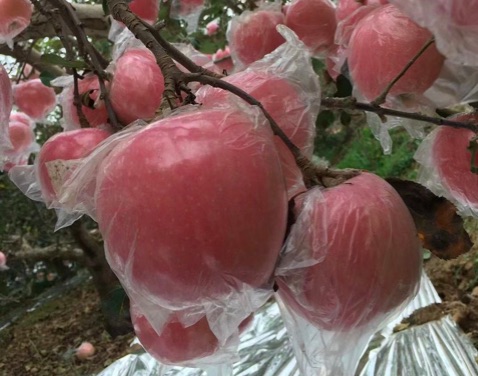 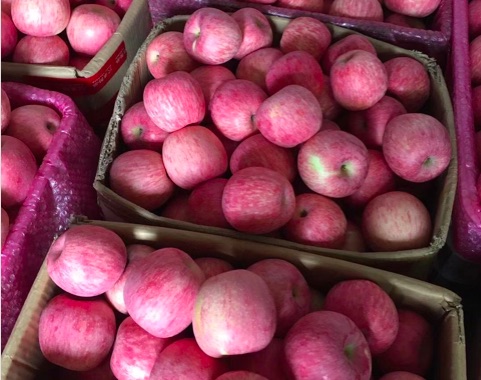 According to Mr. Wang the apple orchards did not suffer from extreme weather conditions this year. The apple production volume in their orchards did not decline this year. At the same time, the volume of additional young trees is growing year by year. That is why the overall production volume continues to expand. "This year we imported new product varieties from a large, scientific company to replace our old product varieties. At the moment our apple orchards are focused on the production of a single apple variety, but we are gradually replacing old apple varieties to improve our assortment," explained Mr. Wang. 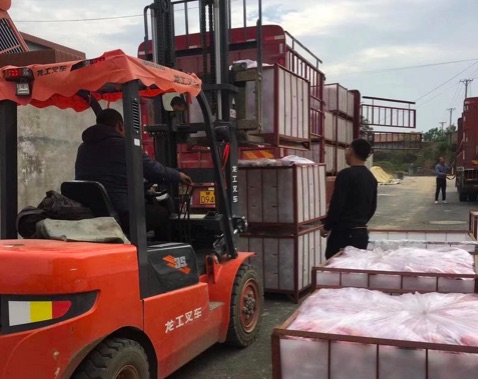 Sanmen Ganshan Chenguang Fruit Industry owns apple orchards located at an altitude of 1,000 meters above sea level. The apples in these orchards require single-layer protective pouches during the growing season. In the orchards around 800 meters above sea level all apples are covered with a protective membrane. These kinds of apples do well in the Chinese market. All of the Red Delicious apples with protective membranes are pre-ordered by clients from Hunan. Other red apples are usually purchased by supermarkets. The Imperial Crown apples are normally bought by exporters who sell them in Vietnam and Thailand. Sanmen Ganshan Chenguang Fruit Industry is currently looking for strategic partners to further develop their share of the export market.