"South American black figs are on the rise"

The first Peruvian black figs were on the market in mid-October again. They gradually replaced Turkish Bursa figs on the European market. Until mid-November, this ensured a limited supply of figs. After that, Brazil returned to the scene. 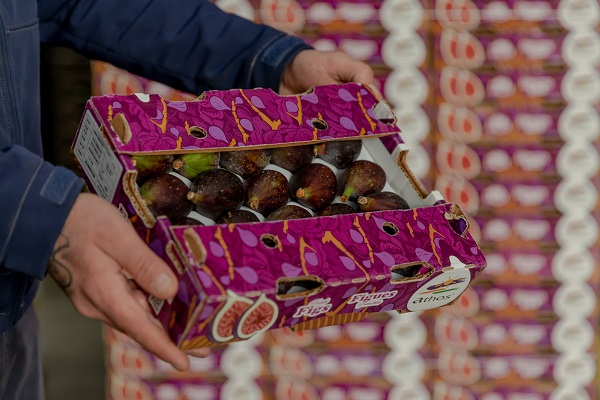 "There were still many Turkish figs on the market at the beginning of October," says Edwin Janssen of BUD Holland. "A few were still trickling in in November. That was after a traditionally relatively short, intense season. The Turkish Bursa figs were of high quality. But their prices were much lower than those of the Peruvian firsts. That difference was even more noticeable this year."

"After all, the figs from South America mainly arrive by air freight. The coronavirus pandemic has really pushed those costs up. We can, however, look forward to nice market prices again, as has been the case in recent years. That's if Turkey stops with the last little bits of their volumes. Considering sizes, there were many large (15-18) fruits. I'd have preferred more varied sizes. The 18-20-24 sizes are particularly popular." 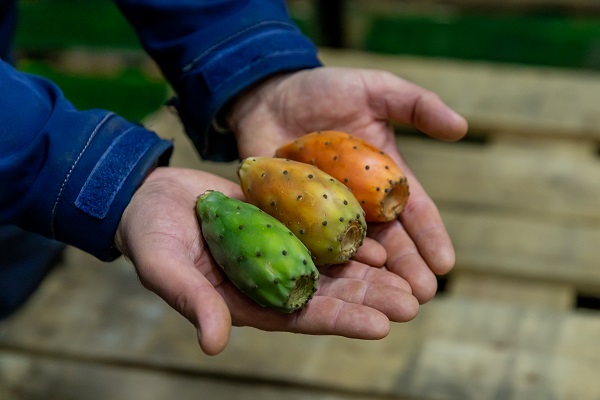 Room for growth in cactus figs

There are enough buyers who wanted Peruvian figs once they arrived on the market again, though. "That's because Peruvian black figs are very different from Turkish Bursa figs or the Brazilian Brown Turkey. Peru started with the Black Mission variety 20 years ago. Since then, that country's been developing this variety, especially recently," explains Edwin.

"That led to the Toro Sentado variety. But there's something even more unusual going on on the fig market - the emergence of cactus figs. This fruit is mainly cultivated in Colombia, Italy, and South Africa. It's still a niche market compared to fresh figs. But there's room for growth here in the future."

Farming developments
Edwin sees several interesting market developments when it comes to fig cultivation. "Bud Holland started importing Euroconte's Brazilan figs over 40 years ago. In 2001, we added fresh figs from Peru to this South American import range. In Brazil, farmers are also considering other varieties, especially the Black Mission. But, noticeably, more countries in that region are now cultivating black figs. Colombia and Mexico are coming onto the market with these, too, now."

"That's also reflected in the extent to which South America is now positioning itself on the world market. There are more and more direct South American exports to destinations outside Europe. These include places like Asia, North America, and the Middle East. This isn't affecting European market prices, but as a trader, you do take note of it. We used to re-export to, for example, the Middle East. Now, those two regions are communicating directly with one another." 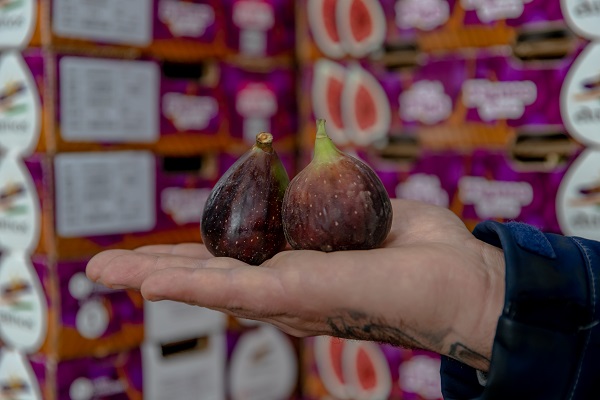 Figs are grown in Europe too. But this cultivation is modest, according to Edwin. "These aren't the quantities we usually see from South America, South Africa, or Turkey. However, Italy's a major player in the prickly pear sector." In the Netherlands and Belgium, some companies are also toying with the idea of growing figs. But Edwin doesn't think this will reach commercially viable volumes.

"That will be nice for local stores and restaurants. But I don't think large-scale Dutch cultivation is possible. Figs don't like rain. If it begins to rain when it's almost time to pick these fruits, they simply explode. That would make growing them in the Netherlands too weather-dependent or too expensive. So, commercial quantities aren't readily possible. But as small-scale niche products, they could, of course, be a nice addition," Edwin concludes.