The Israeli pepper season was off to a bit of a late start this year, due to high temperatures in the country during the summer. Despite the delay, the volumes are now starting to ramp up and the season has a good outlook.

Conventional, organic, and Habanero peppers
For MOR USA, the first volumes of Israeli peppers are starting to arrive. “We work with conventional peppers, organic peppers, and this year is the first year we’ll also have Habanero peppers,” says Robin Sporn. “The first harvests of the conventional peppers started two to three weeks ago, but because of the high temperatures in the summer the first few weeks brought smaller sizes which weren’t suitable for the US market. In the next week or two we are expecting good volumes to start coming in for the conventional and organic peppers in all three colors and we expect to have a decent season this year, despite the delay at the front end.”

This year is the first year that the company has added Habanero peppers to their lineup. “One of our grower cultivates about 4 hectares of Habanero peppers, so the volumes won’t be very high – about 5 to 8 pallets a week, which will be divided between North America and Europe – but it’s a great way to bring added value to our lineup, since we can easily add these peppers to the existing shipments,” Sporn explains.

While the season was off to a late start, the shipments to the US are expected to wrap up around the same time as usual in March. “While the season may extend a little, when we get into the end of March and April the quality usually goes down a bit, so then the peppers are mostly distributed locally rather than being brought to the US,” Sporn explains. 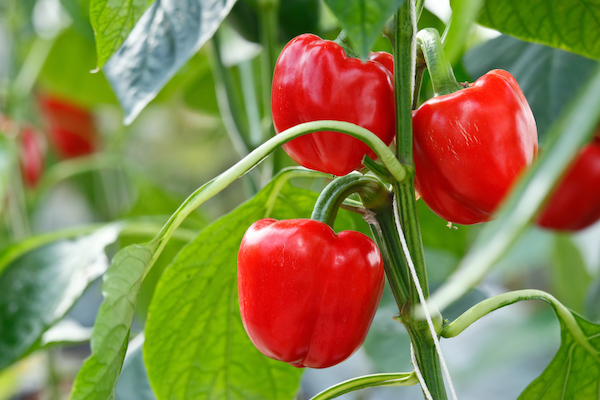 Strong market right now
While MOR USA wasn’t able to have their peppers ready for Thanksgiving, the product is entering a strong market. “The volume coming out of Mexico right now for conventional peppers is quite low, and they don’t do much organic peppers at all. So, the demand and prices in the market are high,” says Sporn.

The company brings in the peppers both by air and by ocean, depending on the market. “The boat peppers are cheaper because the ocean freight has much lower costs than the air freight – especially now, because the pandemic has limited the availability of air freight and this has driven up the prices of air shipments. That is why we usually only bring them in by air if the market is strong enough. Right now, the demand is high enough that we can bring in the peppers by air, even with the current additional costs of the air freight, so I’d say the market is really strong right now,” Sporn says. The company can bring in the peppers by air with a 48-hour turnaround.