"With Brazil exporting to China, melon prices could stabilize in Europe"

The Brazilian melon season is well underway. The first of these fruits arrived at the Port of Rotterdam at the end of August. The season usually lasts until the beginning of February. This year's transition between Spain and Brazil was especially erratic. By the time the Spanish and Italian melon seasons were over, only small quantities were still available from Brazil. The market situation was, therefore, dire. 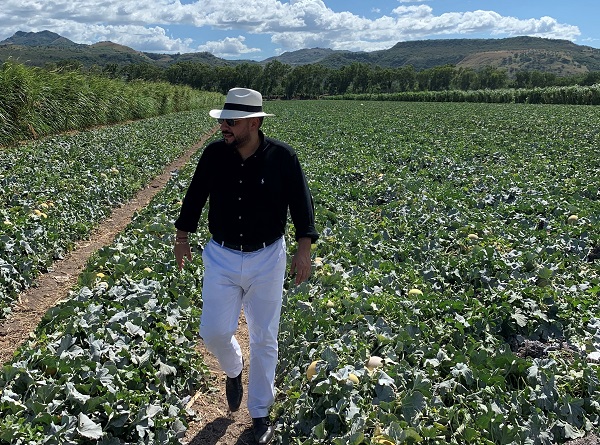 Fewer melons
The coronavirus has affected Brazilian melon cultivation too. The pandemic made growers more cautious about planting new acreage. That resulted in an overall decrease of between 15 and 20% in volume. The weather in that country's two main growing regions, initially, caused a little apprehension. These are the Rio Grande do Norte and Ceara, in the north-east of Brazil. The Rio Grande do Norte accounts for more than 70% of total production. However, in the run-up to the season, welcome rains fell after a long period of drought.

"It's mainly the corona crisis that's a challenge for us," says Frank Ocampo, of The Greenery, in the Netherlands. "It affects various sales channels, such as the hospitality sector in Europe. We also mustn't forget that this crisis hit Brazil with unprecedented severity. All this impacts various points in the chain. But, we work hard to ensure we have at least two shipments of melons every week. These are for fresh supply to the European market. Those sailings continued well from the regional ports."'

A whole range of melons comes from that region. "We do standard, Quetzali, and mini watermelons. We also offer micro-seeded, seeded yellow, Piel de Sapo, harper/Charantais, and Galia melons, as well as cantaloupe. There are others, including some special varieties like orange flesh and Dino melons."

China
Melon production is, nevertheless, expected to grow in Brazil in the long run. So is its consumption while the country's on the market. "Europe is and will remain the most important market, by far, for Brazilian melons," Franks says. "However, this year, China's also become accessible to Brazilian melons." In November 2019, Brazil and China sighed a fruit trade agreement. It allows for Chinese pears to be exported to Brazil. In turn, Brazil can send its melons to China.

The first melons arrived in that country by air freight. "It's hoped the Brazilians will increase their exports to China soon. That could lead to a slight reduction in volumes to Europe. That, in turn, will ensure a more constant market price with us." There are also smaller volumes going to North America and the Middle East. "The US, however, is largely supplied by Mexico. It also has melon production in its southern states. Central American melons fill that market too."

More attention to sustainable melon farming
There's another distinctive development. Growers are paying renewed attention to quality demand and certification. They need these to send their melons to the European market. That's also the case at The Greenery. "We focus on sustainable sourcing," explains Ocampo. "Our melons must, therefore, meet the IDH standard. That means they all comply with GlobalGAP. They must also at least be SMETA or RFA certified."

"Food safety is another high priority. We randomly check all varieties and sub-varieties for MRL levels. Our suppliers' melons not only meet the European MRL standards. They also meet all the top ten retailers in Europe's legal requirements. We're even working with several of our melon growers to reach a zero residue level. So, we fully support our overseas seasonal melons. We can guarantee continuity, quality, and responsibly-grown melons. They benefit both people and the environment," Frank concludes.