Melbourne-based Select Harvests is Australia's largest almond grower and processor, and is the third largest grower worldwide. While it manages almond orchards in Victoria, New South Wales and South Australia, it is also involved in the manufacture of a variety of food snacks and muesli. 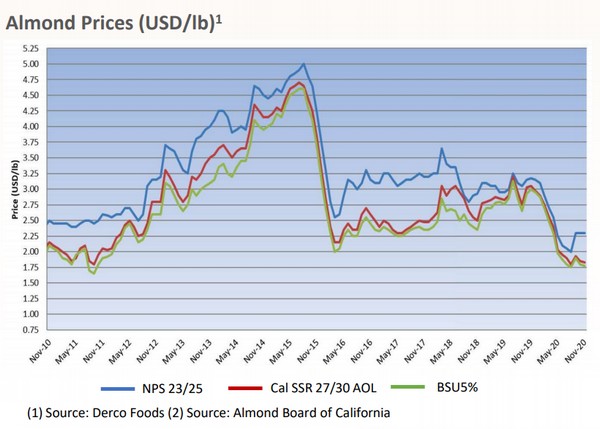 FY2020 Operating Overview
A record almond crop was offset by lower almond prices and higher water costs. The Almond volume stood at 23,250 tons. Up 560 tons, this was the third consecutive year of increasing volume.

The average almond price stood at $7.50/kg, down 12.8% Prices were impacted by an estimated record US crop and COVID-19 market access issues in 2020.