"We want to be ready to deal with global warming"

The recurring temperature and rainfall records each year confirm that global warming is becoming a very real problem to which the agricultural world will have to adapt. For several years now, the Perlim Meylim Alliance has wanted to get ready for climate change by implementing a number of adaptations in the orchards. These adaptations have been presented by Luce Savian, Orchard Technical Engineer; Jessica Roussel, in charge of CSR and quality; and Béatrice Chauffaille, Communications Manager within the Perlim Meylim Alliance.

"Those of us working in agriculture are strongly affected by climatic hazards, with long periods of dry weather, prolonged and intense rainy ones, hail during the flowering or fruit development when these are still small, etc." This impact on the orchards obviously has repercussions on the market, which must be taken into account in the choice of varieties." 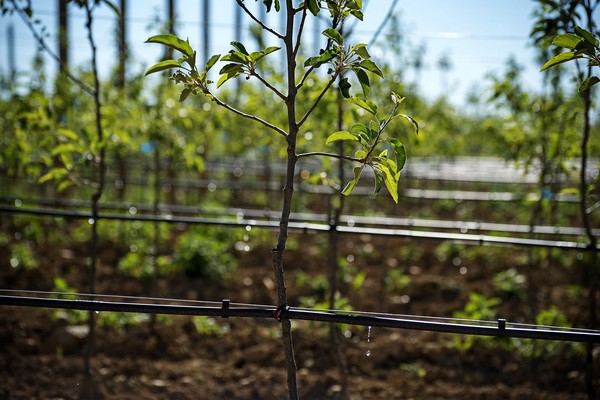 A well-planned varietal selection
The fight against global warming mainly involves varietal adaptation in the orchards. "Diversifying the varietal portfolio is essential today. As far as we are concerned, we have chosen to turn to varieties that are tolerant to scab in order to reduce the number of treatments and the pressure that the environment puts on the variety. Some are indeed much more sensitive than others to climatic hazards and diseases. It is also important to select varieties with matching flowering periods, and which have compatible pollens. Some research on the Golden has found that the start of the bloom is being advanced by 2.5 days every 10 years (Source: ORACLE - "Advance of the beginning of bloom of the Golden Delicious apple tree in Angers"). It is therefore to be expected that we will have to harvest the fruits earlier and earlier."

Increasing pollination efficiency with the presence of pollinators
In order to promote pollination, the Perlim Meylim Alliance has also reserved areas for the planting of honey fallows. Beehives have been set up in the orchards to promote pollination, as well as insect hotels and wild pollinators for educational and observation purposes, as they allow for a better observation of insects. Furthermore, Perlim is certified as Bee Friendly. 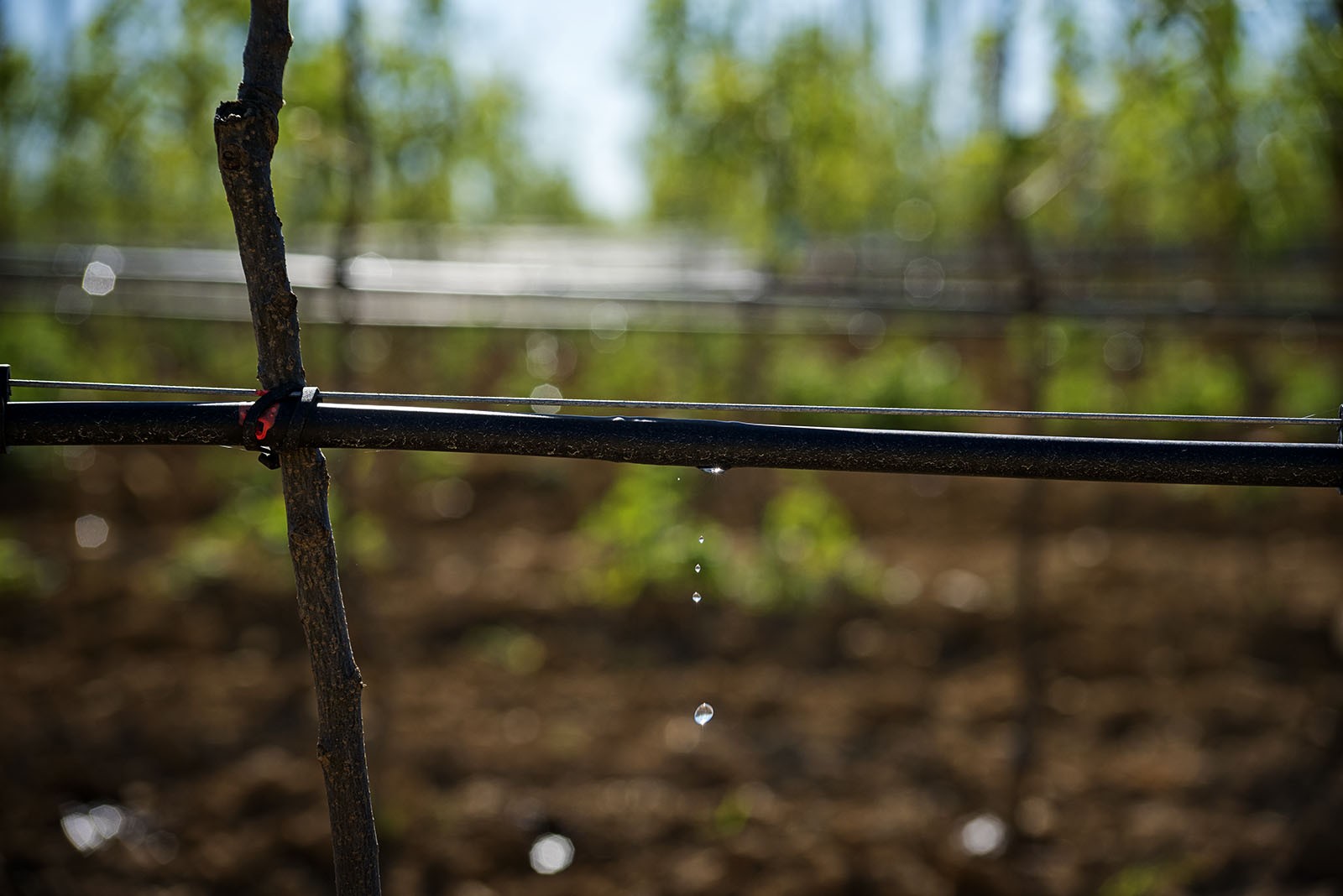 Irrigation, an essential parameter in times of drought
Today, more than 95% of the Perlim Meylim Alliance acreage is irrigated. "This is a very important point, because in Limousin, we have limited access to water. So a lot of work had to be done to bring water to the orchards. Thanks to the efforts made, we managed to install a drip irrigation system, which is a great step forward in the region."

Also, irrigation is a very controlled parameter within the framework of the Pomme du Limousin PDO specifications. "For example, we have to stop irrigation on August 31, or 15 days before the harvest at the latest. 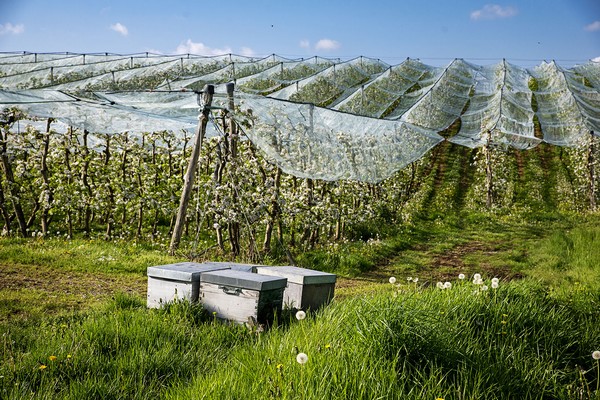 Effective protection against hail
Climate change is causing hail to be recorded later and more intensely, so the Perlim Meylim Alliance has covered 100% of its orchards with hail nets. "It's an approach we've been taking since the 1990's, because at that time we had hail every year until right before the start of the harvest for about ten years. In France, we are certainly the region with the most hail protection, as the area is very prone to this." 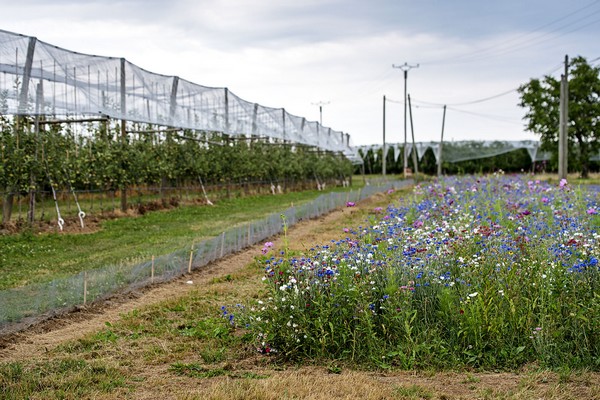 Antifreeze protection needed
Although frost does not affect the orchards every year, the consequences for the harvest can be catastrophic. Since some of its orchards are located in areas with frequent frost, the Alliance has decided to equip all of its most frost-prone areas with frost protection. "We are in a region characterized by its oceanic climate, with a thermal amplitude that has become increasingly pronounced in recent years. As a result, we are more often affected by frost and a good protection of our orchards is therefore necessary. 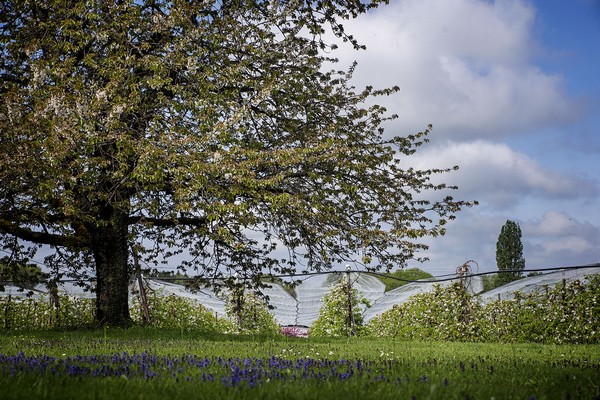 Fight against sunburn
While frost and hail can destroy a crop, summer sunburn can be just as damaging. "To combat sunburn, we apply talcum powder to the summer fruit. This thin white layer reduces the fruit's temperature and prevents the sun from burning it.

Taking the orchard's environment into account
The PDO Limousin apple embodies the identity of the Perlim Meylim Alliance, which promotes its production in the most suitable orchards. "We also work with young orchards, a more diversified range of varieties, and equipment adapted to the climatic situation, paying particular attention to the location of our plantations. We want to continue to produce an excellent Golden without suffering the constraints of global warming, and to do this, we need to adopt a modern approach in our orchards. This means taking the orchard's environment into account." 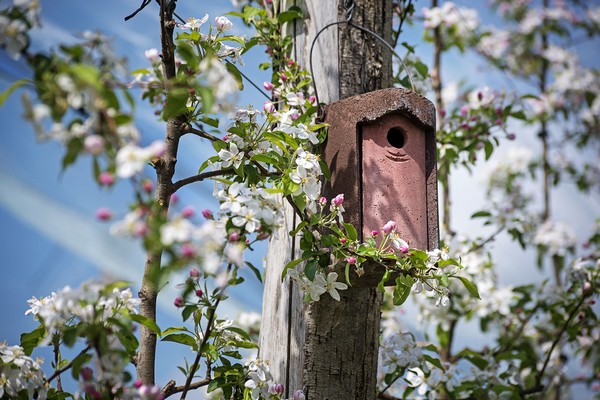 Preserving biodiversity to fight against pests
As winters become milder and milder, the lack of cold prevents an effective regulation of pest populations. In addition to the pressure from known pests, there is also some from new species. "In order to control the increase in pest pressure while meeting our ambition to limit the use of phytosanitary products as much as possible, it is essential to protect the biodiversity and the auxiliary fauna. To this end, we are developing biodiversity corridors, planting hedges, and arranging nesting boxes in orchards to attract predators such as birds and bats. We are doing everything possible to create a balanced ecosystem to reduce pest pressure." 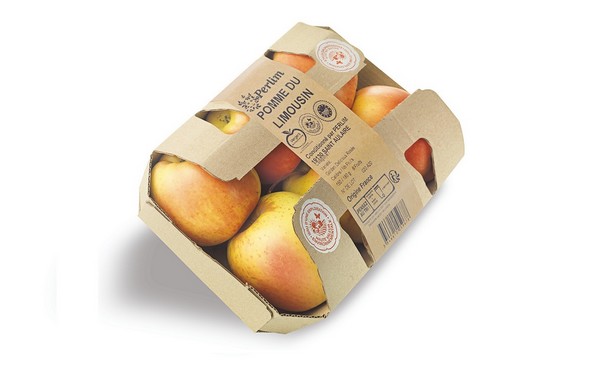 In addition to the resources implemented to anticipate climate change, the Perlim Meylim Alliance is taking multiple responsible steps within the framework of its CSR policy, such as the use of fully recyclable packaging for its apples produced by a local partner, the implementation of mechanical weeding on all of its plots and the obtaining of the HVE certification for all of its producers.