After several seasons as a partner of Anecoop, it has decided to take the step of joining Anecoop S. Coop. and thus join forced with the leading Spanish fruit and vegetable exporter. It is worth recalling that the Anecoop Group, which has five commercial offices in Spain and eleven subsidiaries abroad, handled a volume totaling over 1.1 million tons in the previous campaign. 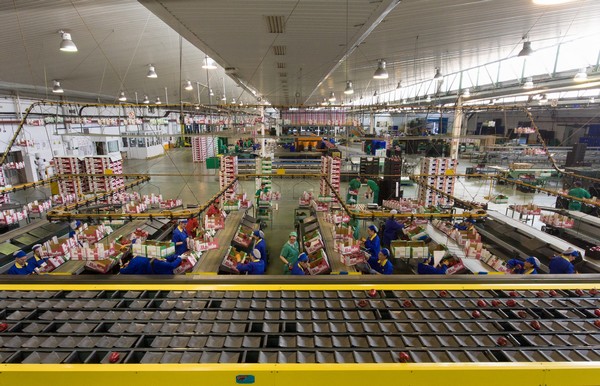 Since its creation in 1996, Costa de Almería has achieved considerable growth, and this is reflected in the services it offers to its customers, including the supply of ready-made products. It currently has a staff of around 700 people.

All of its reception, handling and packaging centers are Global G.A.P and GRASP certified, with a total of 258 agricultural producers and 1,012.3 hectares certified. They also have the BRC and IFS certificates. The company is currently focused in boosting the use of more environmentally-friendly integrated control techniques.

The president of Costa de Almería, Juan Enrique Vargas, said that "after several years of joint collaboration, the next natural step was to partner with Anecoop, given the good understanding and synergies that the two entities share. This significant step will allow both of us to gain competitiveness in the sector and continue to grow strongly in the international markets."

The president of Anecoop, Alejandro Monzón, said that "for us, it is an honor that Hortofrutícola Costa de Almería and Anecoop are already part of the same project. Almería is an area with a strong agricultural sector, and bringing in new partners from the province into the group of cooperatives and companies that make up Anecoop will surely allow us to maintain our leading position as exporters within the sector. Also, we are doing all this without ever losing sight of the defense of the interests of producers and the promotion of an integrated and environmentally-friendly agriculture.”