"Can we compete if this keeps going like this?"

A table grape grower in Victoria says the COVID-19 pandemic has created a generation of "job hoppers" who are pushing for better conditions and pay, which is further compounding the labour shortage problems faced by the industry.

Owner of Budou Farms, Enrique Rossi says he is finding workers who are asking for additional luxuries such as streaming services and gaming consoles in addition to higher wages with less supervision.

"Already wages at $24.8 plus 9.5% superannuation seems to be not enough for them - and work by piece rate, regardless of the fact that is proven that people can earn more, is a non-attractive job for anyone," he said. "The reality is that the bubble must burst. As a grower, I try to innovate to attract people, with new equipment and systems, however, can we compete if this keeps going like this? This year we are making a new field packing system while trying to use some WIFI scales, but the budget is limited and is risky when you consider we also have the uncertainty of how the demand in the markets will respond." 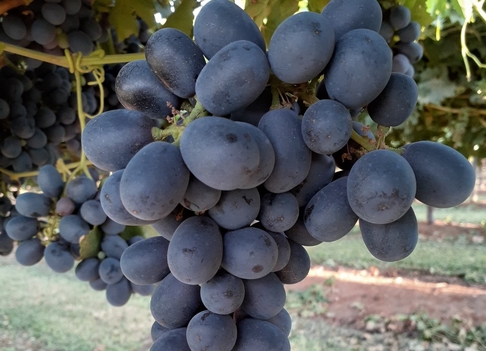 Budou Farms is preparing for harvest in January. He added that the uncertainty of having workers for harvest it has become the new normal, whether growers like it or not, and it is another burden on top of all other issues they currently have such as market and weather conditions.

"It seems that all actors are rowing in different directions, but all asking for the same 'workers'," Mr Rossi said. "The government is ticking the box with catchy slogans inviting people to work on farms and big corporates asking for Pacific seasonal workers and everything in between, but not a tangible solution that works for everyone such as Ag visa. Major surgery is required, not patchy solutions, ticking boxes or lists. Tangible solutions like an Ag visa, flexibility, incentives or any other solution are needed. As growers, we are used to challenges and we need to work together on this, regardless if you are big or small, as affects us in the same way. Australia has a massive potential to be the food bowl of Asia, we just need some extra hands."

The horticulture labour issue could span into future seasons
The Australian Fresh Produce Alliance remains concerned about the labour shortage in the horticulture industry, not only in the lead up to Christmas but into next year as well.

Chief Executive Officer, Michael Rogers, told a recent webinar on the worker shortage situation in the fallout from the COVID-19 pandemic that there is currently a lot of work going into finding solutions, including encouraging Australians into farm work.

"The simplest way is that if you want the work to start ringing farms and asking if they have positions available," he said. "But if we get to the really difficult situation where it is affecting (produce) shortage on the shelves, the industry has gone away and worked on a proposal for a dedicated "Harvest Work" visa. We have had that professionally constructed, and that fits between the Seasonal Worker and a Working Holiday Maker programs. For years industry has been working actively on these issues, and we need to keep engaging with government."

Mr Rogers added that there are 80,000 people employed in the horticulture sector, and normally employers would have around 200,000 backpackers in Australia to help fill some roles. But around a month ago there were only 63,000. In addition, there are normally 14,000 seasonal workers, from the Pacific Islands and Timor on special visas, and they are just under 6,400 still in the country.

"What we are finding now is that there is increased interest from Australians in harvest work," Mr Rogers said. "However, it is not at the level that can fill this 26,000 people shortage. Growers continue to encourage employment in their sector, but the reality is that we need a multi-pronged approach. It is not simply enough to say Australians can come and do this work because we have a heap of unemployed people. Over the next 4-6 weeks in the lead up to Christmas, we usually see a lot of fruits reach their peak demand, including summerfruit and cherries, but we are expecting there to be several challenges. But it's not just in the lead up to Christmas, but it's likely to drag into next year and beyond. Growers are getting worried about their next season as well."

Mr Rogers says while the shortage is ongoing there have been some measures implemented by governments throughout the pandemic response, and there are now discussions to restart the Seasonal Worker Program on a state by state basis. But it is not as simple as just finding a quantity of workers, but also quality workers.

"Calling horticulture workers skilled brings to mind the idea that they need certificates or full training," Mr Rogers said. "Instead we talk about it in terms of experience; that is people familiar with the work, who enjoy the work, who understand what has been asked and are more productive. Let's have a work-ready, supported workforce that wants to do the work and wants to keep coming back."

Brooke Lord is the Head of Advocacy and Policy at Recruitment, Consulting and Staffing Association (RCSA) Australia & New Zealand. It is the peak industry body representing the staffing sector and represents the bulk of professional labour-hire companies have a lot of engagement with those supplying the horticulture industry.

She told the webinar that while government payments like JobSeeker and JobKeeper may have helped individuals, the inflated payments did not help the sector as it kept people near the cities. She says one of the biggest challenges has been overcoming the border closures.

"We are looking at situations where we could bring people in from places that are COVID-free or create ‘travel bubbles’, with governments now," Ms Lord said. "Likewise, how we can facilitate entry into this country that also allows for whatever quarantine needs to be done but also has easier contract tracing possibilities. The industry is keen to find ways to find entry points into the border control measures, but the reality is at the moment, politically speaking, it is tough. We have a very hard border in Australia at the moment. Any changes to that come at a political consequence."

While automation and robotics have also been flagged as a solution, albeit down the track, Mr Rogers says it may not be as simple, as some picking and packing jobs may still need the human touch.

"It has been put to me a number of times; 'why don't we just get a robot that picks all the berries',” he said. “But if you look at the berry plant, the berries are not always ripe, and you are picking for colour, size and that sort of thing. Some machines knock all the berries off, that's fine theoretically, but it just 'strip picks' all the fruit off the plant at the same time. Therefore, you are not getting the efficiency by taking the fruit off too early. It is not ripe it is not sellable and you don't get the returns - and you are effectively increasing food waste."