A year has almost passed since the great demonstrations of the agricultural sector in Almería, in which they asked for solutions to the structural crisis and for the prices of their crops to rise above the production costs. The situation, however, appears not to have been resolved. After a good start of the season, the price of vegetables at origin has again plunged.

Faced with this situation of constantly falling prices, the Association of Organizations of Fruit and Vegetable Producers COEXPHAL-APROA has met urgently to analyze the situation. At said meeting, current volumes and prices have been reported, with comparisons with other years and other origins. Some striking data are that cucumbers are sold for € 0.16 per kilo on average. In fact, in just three days, the price has dropped by 48%. As for zucchini, the price has fallen by 31% and it now stands below € 0.30 per kilo. So far this month, the price has dropped by 46% and it's 57% lower than it was last year. Eggplant is another of the most affected products. Since the beginning of the week, its price has fallen by 35% and it is now sold for less than € 0.30; 19% below last year's price. The price of plain tomatoes amounts to around € 0.14 per kilo, on average.

The situation, far from improving, is expected to worsen in the coming days due to very favorable weather conditions and accelerating production. Also, according to this association, Dutch products are still available, since their campaign has been extended, and there's a lack of control on the entry of products from third countries, as well as other aggravating factors.

As a consequence of all this, COEXPHAL-APROA called the media for a press conference, announcing also a withdrawal of cucumbers and other horticultural products of its associates from the market. 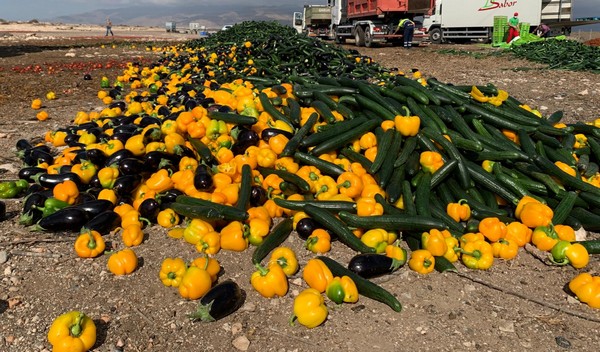 "We recommend to all our associates the withdrawal of 5-10% of their commercial quality products in order to reduce the current supply," said Juan Antonio González, president of COEXPHAL and top leader of the Vicasol cooperative.

The association is asking the administrations to ensure "the protection of European fruit and vegetable products against the uncontrolled entry of products from third countries at a clear competitive disadvantage, as well as the persecution of illegal practices, such as the fraudulent re-labeling of products from third countries." Furthermore, they are asking for the names of the companies denounced for these practices in order to expel them from the association. 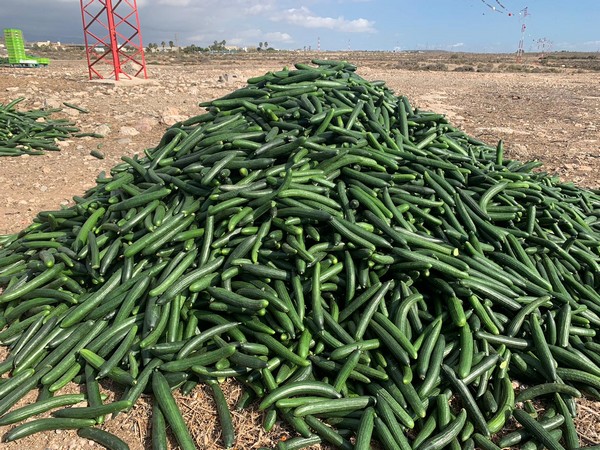 They have also stressed that "the current chain law, far from improving the situation, is actually failing to meet the primary objective that it should have: to protect the weakest link in the chain: the producers and their producing-marketing companies."

Reactions on social media have not taken long to arrive. Some, for example, reported the marketing of Dutch cucumbers in a Carrefour store in Granada for 1.98 Euro per kilo on November 14.

Despite the fact that the Food Chain Law was reformed last February, the agricultural organizations stress that reference production costs, which would make the establishment of producer prices possible, have not yet been set.