A leading Melbourne fruit and vegetable retailer says October's "Mad Mango Month" was a major success as consumers experimented with new varieties, driven by a change in sales strategy to price by the kilogram.

"It's the start of mango season," Mr Zahlan said. "We've got Northern Territory mangoes, so we thought we'd have a bit of fun with it. We're currently stocking five varieties of mangoes. There's a couple of newbies for us and a few more of these sorts of exotic lines. We're trying to make fruit fun. So, look, part of the strategy behind the campaign about the Mango Month is what we've done is we've put all five varieties, and there are more varieties to come. Nam Dok is a sour green salad mango and Fylong is a sweet salad variety. We've started stone fruit early, low chill stone fruit out of Queensland. We're four or five weeks away from that flushing through. But generally, we're finding that everybody's walking out and picking up three to four mangoes, and it looks like it's a pretty standard sort of shop." 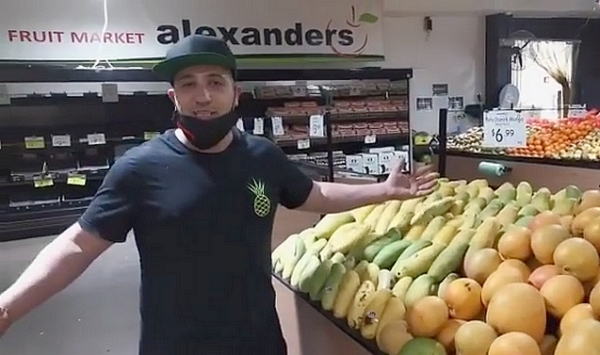 Within the next week or two, Alexanders Fruit Market is expecting more varieties to come online, including Honey Gold, Calypso. Mr Zahlan says the strategy has been different this season, with the business pricing them all the same by the kilogram, as opposed to per piece, which is working because people are willing to mix and match.

"We've put a presentation together with all the varieties on there, labelled distinctively, and their properties while pricing them all the same and encouraging people to try the varieties," he said. "The take up has been very interesting. People are willing to give them a go. And they're coming back and letting us know what they think. Surprisingly, yeah, the big success has been the Maha. It’s been surprising. A lot of people sort of culturally know it from India, Pakistan, a lot of the Asian countries know it quite well. And there's a lot of other people willing to try them. People are open to trying."

He added that Kensington Pride is a staple here in Australia. The other varieties, culturally, are very well known, mainly to those Asian regions. The tropical fruit has been on shelves for around three months already thanks to supply from the top-end of Australia.

So far Mr Zahlan says Mad Mango Month has been an "amazing success" and a lot better than he anticipated, so Alexanders Fruit Market plans to run with it throughout the rest of the mango season.

"There has also been a thought process to educate consumers through videos on social media, make light of the month, the Mad Mango Month of October, and then sort of talk about the different varieties and encourage the mixing and matching and trying a little of all," he said. "But all signs are very promising and exciting. People are coming and having a bit of fun with it. They're asking. We talk about it on our social media. We have a little bit of fun with it. And people are coming in and asking, "Oh, what was that mango you were talking about?" And it's good. It's good. We're finding people are watching us. They're curious. They're interested in trying new things. And the way that we're sort of pricing and strategizing it, it seems to be working quite well to encourage that."

Mr Zahlan says the Government has announced a $317 million boost to International Freight and mangoes going overseas, but he is confident that will not affect domestic supply.

"I don’t think so. We have strong supply chains and growers have export contracts because Australian mangoes are of such high quality," he said. "So, we’re fortunate that we have the supply right here and get it directly from the farms."