Although pomegranates are a minority crop compared to other more widely consumed ones, such as citrus or stone fruit, both the acreage devoted to them as well as the demand have increased worldwide, and there is still potential for more, given the fruit's beneficial properties, which make it a superfood. The new sweet and red varieties could play an important role in this process. 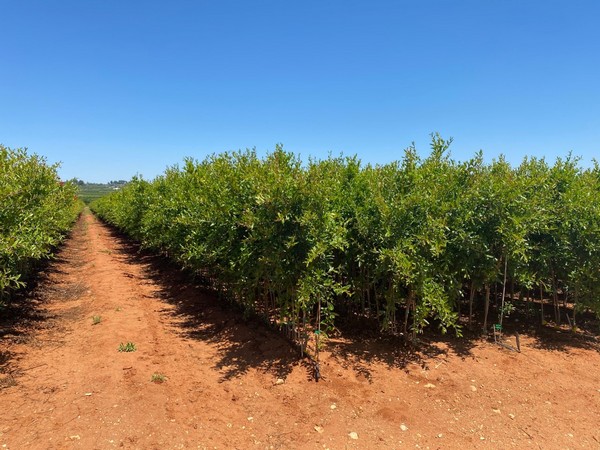 "For years, we have been committed to the breeding of pomegranate plants with the aim of being a leading nursery," says Rosa Hernandorena, commercial director of the Valencian company Viveros Hernandorena, which has ​​100,000 pomegranate plants for the next two campaigns. We want to maintain a high volume of plants per season and be one of the nurseries producing the most in Europe. If the plants are not sold in a given year, they can be kept for another cycle in the field for the following campaign thanks to our cultivation and preservation techniques.”

According to the representative of this nursery, although last year's price crisis caused sales to stagnate, this year the fruit is reawakening the interest of producers. “In Spain, agricultural producers remain cautious and there continues to be relatively little investment, while orders for export, especially for organic ones, are increasing, since they account for 80% of our sales. We are shipping plants to Portugal, Italy, France and countries in North Africa.” 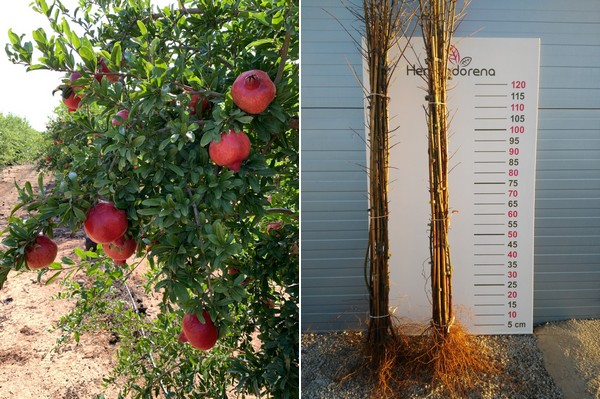 For this campaign, Viveros Hernandorena has 6,000 plants of the Mollar variety, 16,000 of the Acco and 25,000 of the Wonderful, which are the most traditional and better known varieties. Last year, it also introduced the new varieties Iliana®, of which it has 16,000 plants, and Rugalate®, with 60,000 plants in stock.

“The Valencian Institute of Agrarian Research (IVIA) managed to obtain the license for the multiplication and sale of the Iliana & Rugalate hybrid varieties and thus opened a window for us, giving us many opportunities for the cultivation of pomegranates. Since that was the first campaign in which we introduced these varieties, things were somewhat more difficult, but this year we are already recording a significant demand, despite the fact that, due to the restrictions brought about by the pandemic, we are not allowed to offer guided tours to our experimental fields. However, we continue to send fruit samples to those producers who request them,” says Rosa Hernandorena. 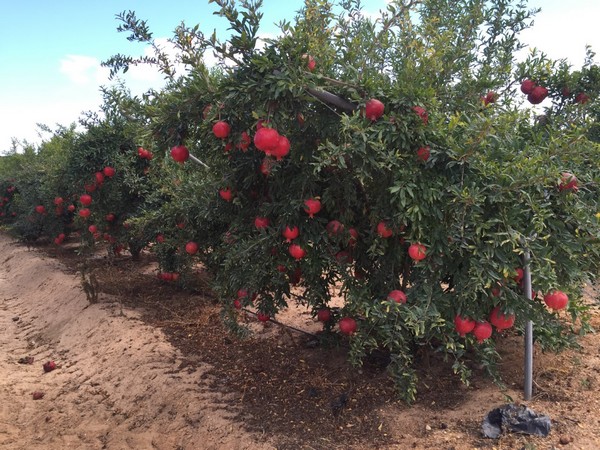 According to the representative of this company, the Iliana® is very similar to the Acco variety, although it has a better caliber. For its part, the Rugalate® has the best virtues of the traditional Mollar, with a sweet taste and soft seed, and the attractive reddish color of the Wonderful variety. "The Rugalate is going to fill an interesting commercial gap in the late red pomegranate market," says Rosa Hernandorena.

The success of this nursery lies in its production methods. The company uses the “Guided just in time” protocol, so that the plant does not grow in a shrubby way - as has traditionally been done -, but rather guided with a tutor to give it more straightness, homogeneity and greater health. 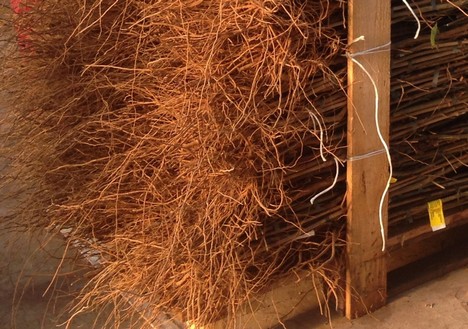 The pomegranate seedling is produced from a cutting, with plant material cut in our controlled mother plant field, placing the guided tutor during the first spring. Since they are bare root plants, the plant is uprooted when it is dormant and marketed when it is asleep. We plant in the months of December, January and February, and now we are also able to keep shipping until March and April thanks to the cooling protocols in the chamber. Another important factor in our new pomegranate plantation projects is the use of the Israeli system of support with a structure and threads. It may be somewhat more expensive at the start, but it makes it possible to obtain better quality fruits, achieving also higher productivity and considerably reducing waste.