Brexit and bananas – could supermarket shelves be laid bare?

Brexit could seriously threaten the supply of bananas from Ghana to UK supermarkets, and cause thousands of job losses for plantation workers in the West African nation, warns Norwich based charitable organisation Banana Link.

Liz Truss, the Secretary of State for International Trade, has rejected calls from the government of Ghana to negotiate a post-Brexit trade deal that is is compatible with their regional commitments and will allow them to continue to export their bananas, and other products like cocoa and tuna, to the UK tariff free after the UK leaves the European Union on 1 January 2021.

Instead, Ghanaian bananas face a post-Brexit import duty of £95 per metric tonnes. For a fruit that is already sold on very small profit margins, this will make exporting to the UK unprofitable. The prospect of post-Brexit import tariffs is leading UK supermarkets to refrain from entering into any buying commitments with Ghanaian producers for 2021. 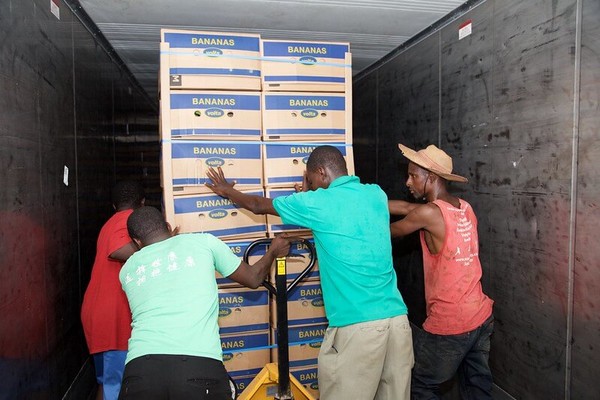 Benedict Rich, Managing Director of Golden Exotics Limited, Ghana’s largest banana producer, has been reported as saying “exporting to the UK will no longer be profitable and we may have to find a new market which you know can’t be done within weeks” and that “2, 000 hectares of our banana farm is under threat especially if the UK leaves without a deal, a situation which will also mean loss of jobs for the more than 12,000 direct and indirect workers on the farm” .

Alistair Smith, Banana Link International Coordinator said: “It seems ironic that the Conservative Party, long time proponents of free trade, seem to have abandoned their principals when it comes to post-Brexit imports from one of our Commonwealth partners, and seem willing to threaten the livelihoods of plantation workers, and risk reducing the supply of low cost nutritious fruit to our supermarkets.

Given that their 2019 election manifesto included a promise to ensure that the UK’s trade deals after Brexit would be fair, in particular towards developing nations, we would urge the UK government to at least offer Ghana an interim tariff free market access provision.”