"By maintaining our domestic biosecurity, we are protecting our own farmers, and the fruits that they grow"

One of Australia's leading contract sterilisation and decontamination processors has highlighted the importance of the country maintaining its fruit fly free areas, warning that any failures would cause significant disruption to domestic trade and export market access development.

Speaking at a recent webinar, hosted by the National Fruit Fly Council, Steritech's Fresh Produce Business Manager Ben Reilly explained that the importance of the island nation's biosecurity should never be underestimated.

"By maintaining our domestic biosecurity, we are protecting our own farmers, and the fruits that they grow," he said. "The majority of the fruit that we eat in Australia relies on healthy production environments here; so, protecting it from pests and diseases - whether it is from the other side of the country, or the other side of the globe. If we maintain strong domestic biosecurity, it demonstrates the capability to our trade partners. Our domestic biosecurity systems are the basis of many export protocols. Considering horticulture exports alone bring hundreds of millions of dollars to regional Australian economies each year, it is particularly important biosecurity is maintained."

One method of treating fruit fly that is growing in popularity, domestically and internationally, is phytosanitary irradiation. It is a wavelength of energy, that allows the rays to pass through a pallet of the fresh produce, and Mr Reilly says it can reach every insect, whether it is on or inside the fruit. Australia has been treating and performing irradiation for fresh produce exports for over 15 years after Steritech established a treatment facility in Brisbane. Since then it has expanded, opening its second fresh produce facility in Melbourne in January 2020. 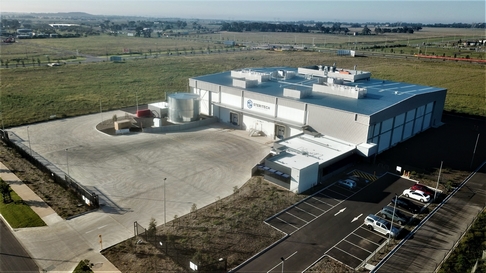 The company has been involved in both the infrastructural development support for phytosanitary irradiation treatment as well as the development of protocols and regulations to develop trade.

"It is an alternative to many existing heat and chemical treatments," Mr Reilly said. "Where irradiation is different is that it is heat-free and chemical-free, which is important when dealing with perishable foods. The treatment sterilises insects but doesn't necessarily kill them, and because the energy disappears similar to a light when the switch is turned off, there are no residues or withholding periods. It is very safe and flexible and great for modern trade needs. Irradiation is an end-point treatment which has benefits from the environment, the grower and the consumer.” 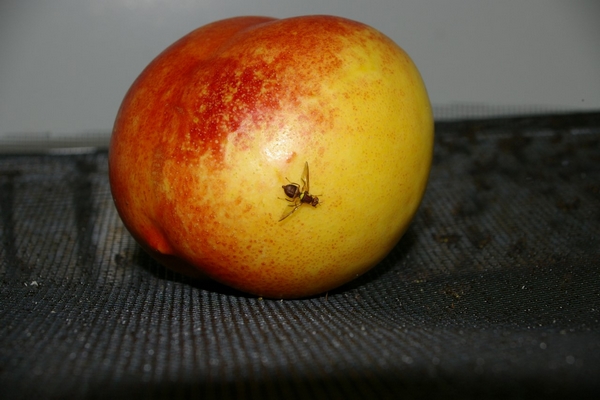 There are currently 26 crops approved to use this treatment domestically, according to Steritech, including stone fruit, grapes, berries, cherries, mangoes, tomatoes and lychees, with volumes increasing as the commercial benefits are recognised. Exports make up most of the company’s treatments, and there are currently protocols to six international markets, including the USA, New Zealand, Indonesia, Thailand, Malaysia and Vietnam.

An example of fruit in Australia that needs treatment before shipping is produce going from the mainland into Tasmania. Owner of Bay of Fires IGA Supermarket in the state's northeast, Kemuel Wood says fruit coming into Tasmania requires a fruit fly fumigation, which can damage product quality and sometimes fails, causing recalls.

In 2018, the supermarket took part in a trial with Steritech's irradiation treatment, involving mangoes, and Mr Wood says it provided some outstanding results, which he puts down to the treatment process maintaining the cold chain, rather than heating of the fruit as occurs in the fumigation treatment process.

"Quality was excellent," he said. "The samples that we had lasted much, much longer. We sold over 5,500 mangoes in two weeks, and the customer feedback was phenomenal with the quality that they hadn't seen before. What was also amazing was Ben came down four weeks after shipment to take a tray of mangoes to the state Premier's office, and they were as good as the day that they came in. In the end, they lasted six weeks, and we could still sell the fruit. In normal circumstances, if we had mangoes for longer than a week, we are throwing them out. In addition, not one person questioned the (Steritech treatment) labelling, even though we were there and more than happy to explain. They have a new facility in Melbourne, and that is going to allow us better access in the future."

But Mr Reilly warns that there are some challenges involved with developing new trade protocols, particularly the complexity and time that it takes to develop effective regulations. Another issue holding back growth is the lack of facilities outside of Australia, but Mr Reilly said this is changing with many countries observing the benefits for government and industry in resolving non-tariff trade measures.

"In Australia, we first needed food standards to be developed, and then biosecurity protocols to be negotiated," he said. "This can mean up to four government departments in an export scenario must somewhat agree and harmonise on both food and biosecurity standards. “In Australia and New Zealand, we are lucky to have progressive state and federal regulators that have been supportive of development. Through our success, we are now encouraging an international approach to R&D to help harmonise regulations and ensure the benefits are available to all of our trade partners and their producers."

The National Fruit Fly Council webinar also highlighted a proposal that has recently been submitted to Food Standards Australia and New Zealand for the irradiation of all fruits and vegetables. It has undertaken its first assessment by the organisation and is about to be put out for public consultation, which the industry is invited to take part in.