Miriam Cutillas, of Uvasdoce: "The New Year's Eve campaign will be focused on consumption at home"

The Spanish table grape harvest is already is its final stretch and will finish with the Christmas and New Year's Eve campaign. Imported grapes are, therefore, already starting to replace the domestic ones.

“At the moment, we are working with Spanish red seedless grapes and the latest Red Globe. We hope to cover the months of November and December with red seedless grapes. We finished marketing the last white seedless grapes last week, so now we are receiving them from Italy and Brazil. Next week, we will also start to receive the first Peruvian grapes,” says Miriam Cutillas, head of sales and marketing at Uvasdoce.

The Alicante-based company had planned to increase its production volumes by around 12% this year, although the weather has reduced this growth to approximately 4%. “The high temperatures in August and the lack of water had an impact on our late Crimson grape plantation, of which we lost around 90% of the harvest; between 400,000 and 500,000 kilos. Fortunately, this year we had greater volumes of the new red Allison seedless variety, to which we are strongly committed.”

According to Miriam Cutillas, the national grape campaign has been very satisfactory. “It has been a long time since we had such good results in July and August, with acceptable prices and very good sales. Starting in September we hit a small bump, coinciding with the end of the holidays and the uncertainty of whether or not children could return to school due to the pandemic; however, the month ended quite well. Later, in October, unlike in previous years, we have faced more domestic competition with the large producers and exporters of Murcia, who are increasingly managing to extend their harvests to periods when, traditionally, we have always been almost alone in the market. Our goal is to continue extending our national grape harvests, knowing that we will have to deal with this competition.” 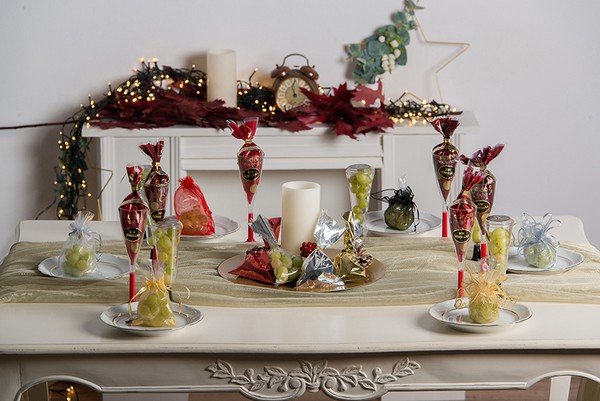 Regarding the Christmas and New Year's Eve campaign, the time with the highest sales at the end of the year, the pandemic is expected to bring changes in the sales channels. “It is true that, surely, we will lose a percentage of the sales that we used to allocate to hotels and restaurants, although this year we will focus on those restaurant chains and catering services that are delivering New Year's Eve dinners to homes. Still, we hope that sales in the retail will increase, since if people cannot go out to dinner at restaurants or do not travel through Spain, as is often the case at this time, they will eat more and better at home," says Miriam Cutillas. 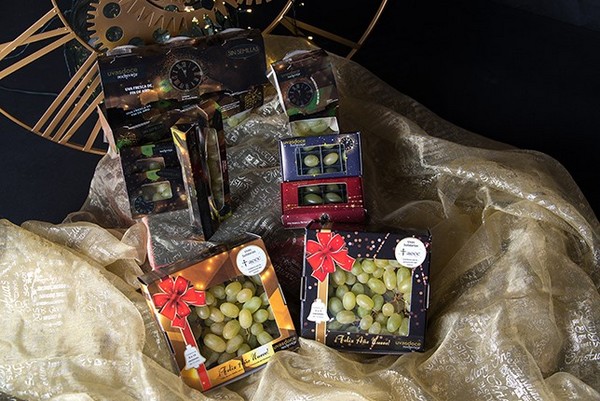 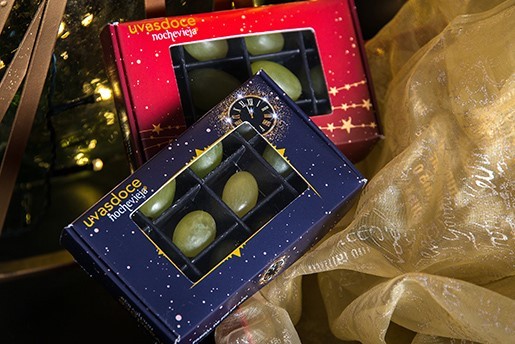 Uvasdoce has adapted to this new reality by redesigning its range of grapes for New Year's Eve. “It is clear that this year we will stay at home and have dinner as a family. Consequently, we have opted for products that can help in preparing a more welcoming New Year's Eve table and focused less on take-away products, such as the classic bags or cups.”