Chilean cherry exports are estimated to grow by almost 36% 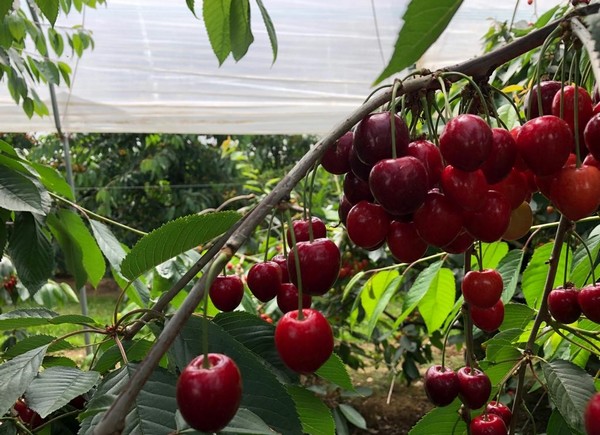 The Committee presented this estimate during its last meeting; the entity accounts for 75.89% of the Chilean cherry industry,

“The Chilean cherry industry grows every day in volumes and quality, and the forecast for this season demonstrates this. We'll face challenges this season, mainly due to the existence of the pandemic. That's why, this year, the Committee has focused on prevention with a plan to be ready for anything that may happen and to act as quickly as possible. This plan includes the launch of procedures and guidelines that allow us to ensure the health of our workers and the safety of our products. Our sector has committed to maintaining the continuity of our operations. We have done so until now, and we will continue to do so to ensure our consumers, both in Chile and in the world, continue to get quality, healthy, and safe products,” stated Ronald Bown, the President of ASOEX.

Bown highlighted that China continues to be the main destination for Chilean cherries, especially during the Chinese New Year period, which will be celebrated on February 12, 2021. This gives the sector more time to carry out exports than in 2020, when the New Year's celebration took place on January 25. "China is an important market for our cherries, especially during the Chinese New Year. The cherry's red color symbolizes hope and good omens so Chinese consumers purchase them to share them with their families, friends, or as gifts. However, we also send cherries to the United States, Latin America, the Middle East, and -starting this season- to Vietnam; a new market in Asia, where we also export to South Korea, Taiwan, Thailand, Singapore, the Philippines, India, Japan, Cambodia, Malaysia, and Burma.”

Ignacio Caballero, ASOEX marketing director said that they would carry out promotional actions in more markets this year. They will have campaigns in India, Vietnam, and Thailand, and continue their promotional campaigns in the US, South Korea, Brazil, and China. In the latter, they will maintain the 'Enjoy The Red Moment' slogan this season, but they will reinforce it with the message: "Caring for Every Healthy Moment".

“We want to reinforce the health and safety attributes of our cherries. We want to take care of our Chinese consumers' health, especially in times of Covid-19. In addition, given the healthy characteristics and benefits for people's physical and mental health of our cherries, we also want to let people know our cherries can be consumed at any time of the day, during breakfast, as a snack, at the office, as dessert at lunch, or at dinner,” he added.

"We will carry out a mix of activities in different channels, and also very specific actions according to the area in China where we are promoting the product. For example, people in northern China like to have barbecues, so we'll promote consuming cherries in barbecues,” he stated.

He also said they had planned 3 phases of actions. The first phase will take place before shipments peak, between November 1 and December 31. In this phase, they will showcase programs especially focused on the media in 15 cities.

The second phase would run from December 13, 2020, to February 12, 2021, and it will cover 65 cities. It will include activities in e-commerce, such as T-mall, JD.com, and Pinduoduo, as well as in retail stores, wholesale markets, greengrocers, and other places. There will also be advertising in places with a high flow of people, such as streets and buildings.

"In addition, we'll incorporate live streaming actions with chefs or Chinese celebrities, who will be promoting Chilean cherries live from a retail outlet, inviting people to buy them," Caballero said.

The final third phase will run from February 12 to 24, 2021, with promotions in e-commerce and retail, but especially in social media such as WeChat. “Since many people travel to visit their families during the Chinese New Year holidays, we'll be carrying out promotions in the gasoline service stores and roads. We have defined various activities to surprise our consumers,” he said.