Warnez introduced films based on I'm Green PE too. That's derived from sugar cane. And the company replaced certain plastic packaging with paper versions. All of this means Warnez cut back 41% of its fossil fuel-based plastic use. 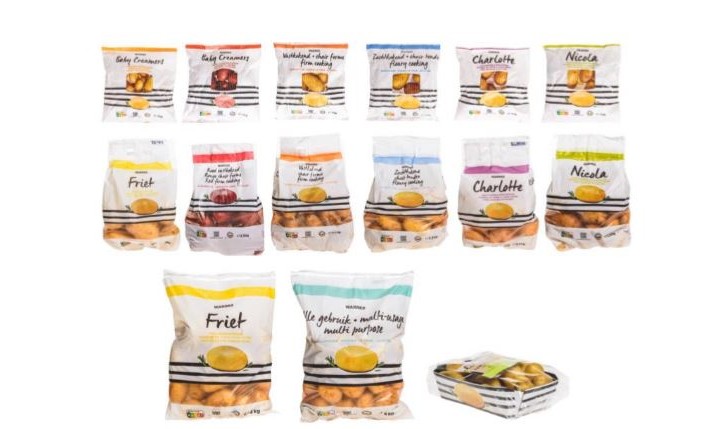 Circular packaging is one of this potato packing company's five circular challenges. These began with its participation in the Green Deal's 'Circular purchasing'.

Peter Van Steenkiste says, “Warnez has since set up an entire trajectory to switch to recyclable bio-based packaging. One of its goals is to separate the use of plastics from finite natural resources."

One-fifth of Warnez's plastic bags are now bio-based. That's as much as a third when you consider all its potato packaging. Currently, eight out of ten of the company's potato packs is recyclable.

But Warnez doesn't want to stop there. One of its goals is to achieve 95% recyclability by 2021. They want to use even more mono-materials. Some recent developments mean this is achievable.

"We're taking part in the CIRCOPACK project. It's being run by Pack4Food and Flanders' FOOD. That's in collaboration with various research partners at Ghent University and Hasselt University."

"So, we expect to be able to take an even better position. That's regarding the sustainability of the various types of potato packaging used. After all, only in partnership with all stakeholders can we raise the level of expertise in the field of packaging," concludes a Warnez spokesperson.