"We have to salute those merchants who, during the crisis, worked hard to feed the people"

While the Coronavirus crisis continues to plunge the whole world into a totally unprecedented situation, Frédéric Champion, from Pomleg, a company based at the Rungis MIN, wants to pay tribute to the men and women who risked their lives for several weeks to feed the people of Paris:

"It should be noted that the Ile-de-France region has a very limited capacity for self-sufficiency. If the Rungis MIN ceases its activities, the department would only be self-sufficient in food for three days. That's why we couldn't close down no matter what the sanitary crisis was".

Frédéric looks back on the key developments during the first period of confinement, which prompted professionals in the sector to quickly adapt in order to continue to meet the primary needs of the people of Ile-de-France: "It happened in two stages. First, the first statement by the French President on Thursday, March 12, announcing the closure of schools on Monday. Given this, we immediately predicted an upturn in household consumption at home, since adults would stay at home to look after the children. So we began to organize with this in mind". 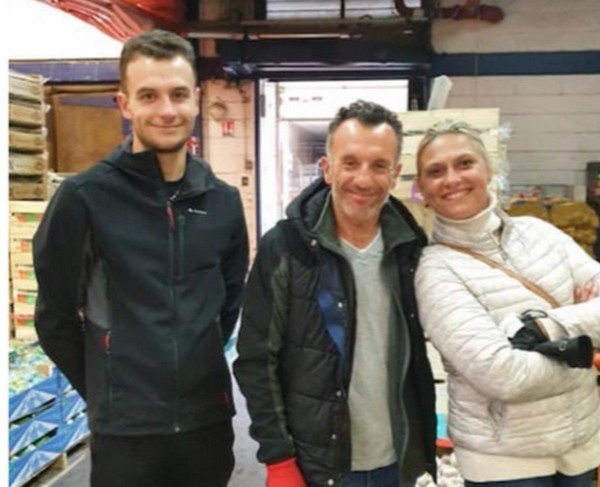 Léo, Isa and their son

"A small grocery store can' t serve all 4,000 inhabitants of a region"
"As early as Friday evening, we noticed that our customers were starting to get into a shopping frenzy. Personally, I knew the restaurants were about to close, but I didn't think the open-air markets would be closed too. There are a lot of them in Paris. It was just after the announcement of the closure of the open markets that we experienced a major storm at Rungis reflecting the consumer's fear of not having enough food, not knowing what the next day would bring.

"I think people misunderstood what happened, thinking that all the stores would close, but there is one thing that needs to be understood. Supermarkets in Paris and the suburbs are not as widespread as in the countryside. Many consumers get their supplies from markets and small convenience stores in the neighborhoods. With the closure of markets, you have to imagine the flow you can have in the village mini-markets in a region of 4,000 inhabitants, with all the supply difficulties that this implies". 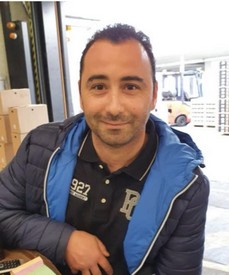 "Merchants have shown great resilience and adaptability"
"Faced with this issue, the mayors of the towns approached the street vendors and asked them if it was possible to sell at home because otherwise, we would be heading for disaster. This is where our clients, who usually shop at the market and who saw their activity cease overnight, were alert and showed great resilience and admirable adaptability. Having the opportunity to stay in touch with a portion of their clientele, they began to conduct door-to-door sales of fresh produce, which required a total reorganization. Word of mouth did the rest".

"From that point on, the mayors of municipalities directly communicated the contacts of merchants willing to receive orders via the town halls' websites. As a result, our customers continued to come to the MIN for supplies, and that's why we have to salute them.

Receiving consumer orders the day before, arriving very early in the morning at Rungis at 3:00 a.m. to buy the supplies, then traveling dozens of kilometers during the day to deliver them to the homes of customers, to finally end their day at 10:00 p.m. This was all done without any protection (gloves, masks, gel) at the beginning. At this time, we were in the total confusion, and the shopkeepers acted with a total abnegation of danger". 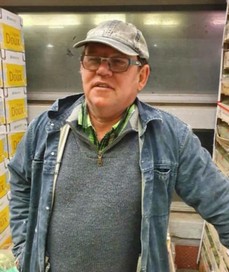 "I have a client, Marie, who is a shopkeeper working alone with her brother. Sometimes she had to even hire her husband, who works at the MIN, to help her with the deliveries. She told me that she couldn't last much longer if things went on like this. You have to imagine that in addition to those stressful days when she slept only 2 to 3 hours a night, the pressure of the context, the orders, the prices and the quality of the products to manage, she also had the children to take care of. Her daily life got more difficult during this period. It was a terrible exercise for many and one should not neglect the psychological impact that such a period could bring. We lived under constant stress for 2.5 months". 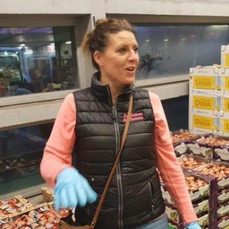 For Marie, although it was an anxiety-filled and surreal time, it was also incredibly humane: "As soon as the confinement was announced, two options came to us: to fulfil our duty to feed the population, or to position ourselves as a bystander and wait for the situation to improve. Our beloved wholesalers at Rungis responded to the situation, were always present, attentive, reactive and benevolent. Mutual aid between traders and suppliers was real and serene. Trust has been an essential element to survive this crisis. We all had to adapt to difficult working conditions by creating health and safety rules as best we could. This is a period that we hope we can put behind us, but which has strengthened the professional partnerships for the comfort of our customers. I would really like to thank our suppliers at Rungis for their presence and their unfailing professionalism".

"There has been a lot of buzz around the caregivers, and I think it's great. But we shouldn't forget those who have also shown their commitment during this difficult time. The people in the medical profession saved lives and we made it possible for people to go on living," concludes Frédéric.