According to preliminary estimates, Dutch seed onions' gross yields for 2020 should be more than a percent down from 2019. The gross yield of ware potatoes is expected to remain virtually the same. That's apparent from Statistics Netherlands' (CBS) latest figures. 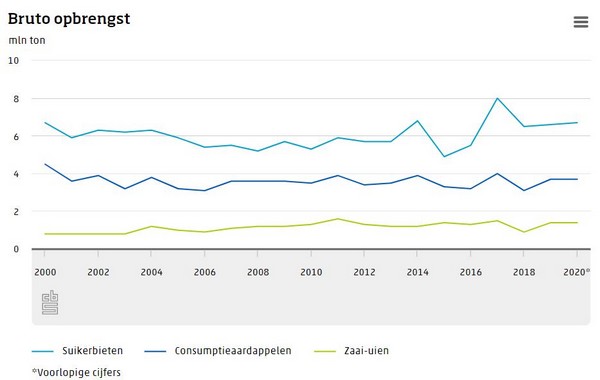 In June, the CBS published figures about the cultivated area of potatoes and seed onions. These crops' expected hectare yields have now been added to that. Experts estimated these based on the latest available information. CBS bases its gross yields estimates on the cultivated area and the expected hectare yields. The final 2020 harvest figures will be published at the end of January 2021.

Fewer seed onions harvested
According to these preliminary crop estimates, seed onions' gross yield in 2020 is about 1.4 million tons. That's 1.4% less than a year earlier. Due to the spring weather, the failed seed onion harvest is larger than in 2019. The gross yield's been calculated based on the cultivated area. The final estimates gross yield may, therefore, be lower. 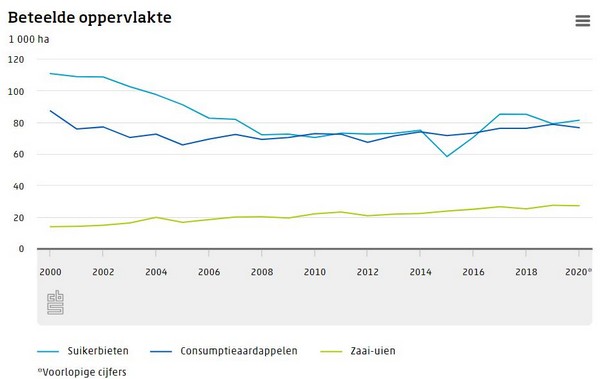 Ware potatoes' yield/ha is estimated to be about 1.3% higher than last year. This brings the expected yield per hectare to 48.5 tons. 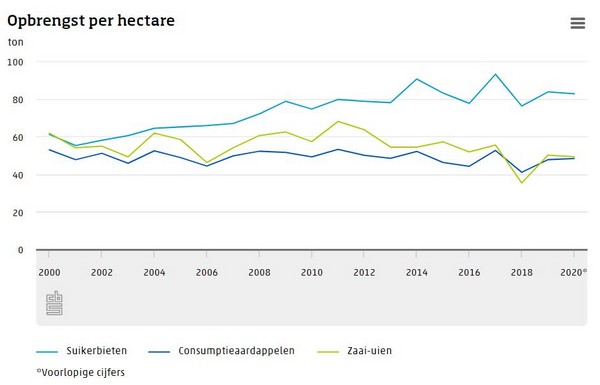 Preliminary and final harvest estimates
The expected yield/ha in the Netherlands can vary significantly by region. There can be large differences from plot to plot, even within these regions. Crops' total gross yields can eventually be higher or lower. Farmers might not harvest part of the cultivated area. Or that the final hectare yields will be higher or lower. That could be due to, for example, weather conditions.

The CBS will publish the 2020 final harvest estimate (gross yield and yield/ha) in January 2021. It's based on a questionnaire sent to nearly 5,000 farmers. Their answers will reveal the eventual hectare yield. These will also show what portion of cultivated land (the harvested area) resulted in this yield.

The difference between the final and preliminary harvest estimates are published in a separate StatLine table. That's in addition to the StatLine table about regional arable crop production.