“The hustle and bustle has returned to the mushroom market. It is not quite stable as in previous years, but the market has been characterized by peaks and dips since Covid-19,” says Paul Delbeke of Districhamp. “Nevertheless, we were able to continue production at the same scale after making a few minor adjustments. Our employees have also quickly adapted to the new way of working and the changed measures. Until now we have not had any cases of infection on the farm. I think that in our sector we have the advantage of working in separate areas where massively filtered air comes in. We therefore hope that we will be spared further disaster. ” 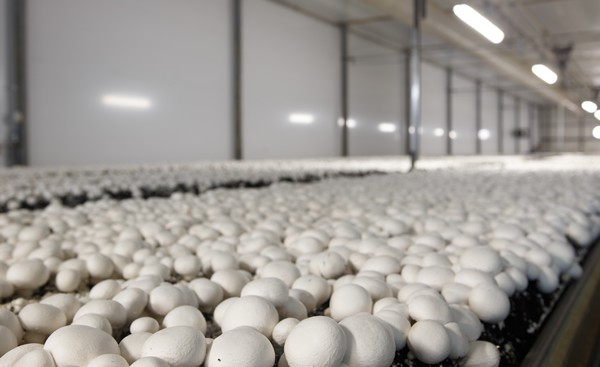 February and March were the most hectic periods, according to Delbeke, but they eventually normalized. “After that, we again experienced some busy periods that we did not see coming, resulting in shortages. People who eat at home still consume a lot of mushrooms, even more than when eating out, it seems. Our retail customers also did not see these shortages coming, so they also understood the situation. At the moment, sales are certainly not disappointing. We see strong demand from the retail sector, but sales to wholesalers who distribute to the hotel and catering industry, among others, have decreased significantly again in recent weeks ”

“Another major problem we will face in the coming years is the staff. This is the case in both corona and non-corona times. Because personnel are so scarce, it is necessary to optimize the process and make it as efficient as possible. Now the mushrooms are harvested, cooled down and then packed. Why not instantly cool the mushrooms with a vacuum cooler and pack them immediately? This would work more efficiently and require fewer working hours, but for this you need large parties with constant sales. In the future we will certainly have to work with this system or with another efficient process,” says Paul.