Australia’s peak apple and pear body is urging the industry to work with the Federal Government to keep the country's food security at the front of mind, as it considers proposed arrangements to enable the import of fresh apples from the United States.

A draft review of biosecurity import requirements for apples from USA’s Pacific Northwest (PNW) regions, which began in 2018, has been released by the Department of Agriculture, Water and the Environment. Apple & Pear Australia Limited (APAL) wants its growers and other agricultural producers to have their say, to pick up on any potential gaps in the research, scientific and technical information.

“Australia gets one shot at setting the access requirements," APAL CEO Phil Turnbull said. "The USA has articulated its America-first trade agenda and we need to respond with equivalent strength. Australia has an obligation to ensure stringent processes and risk thresholds to safeguard Australia’s food security. It's essential something of this significance is dealt with in a transparent manner and with the full involvement of the Australian industry. We encourage everyone to make their views known." 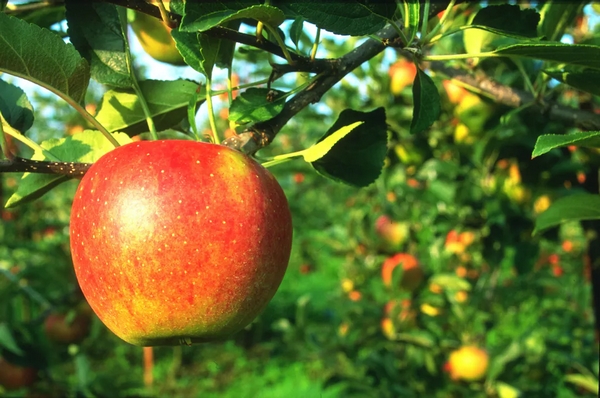 Photo courtesy: Department of Agriculture, Water and the Environment  website

Australia already permits the importation of fresh apples from New Zealand and China, provided they meet Australian biosecurity requirements - but is now considering whether it is safe to bring in apples from Idaho, Oregon and Washington states in the USA.

The draft report identifies at least 24 exotic mites, midges, maggots, worms, moths, rots, bacterium, fungi and viruses. Mr Turnbull adds that these pests have the potential to devastate Australian apple production and other valuable agricultural industries. As such, he says this threatens Australia’s national food security and the food security of countries that rely on "our safe, clean and high-quality agricultural exports" - if strict measures and safeguards are not put in place.

"The release of the report is the next stage in a process that was triggered by a trade access request from the USA," he said. "There’s little upside for Australian consumers and retailers. Reliable supplies of safe, clean, high-quality apples are available year-round from growing regions across Australia, and we already produce most of the world’s most popular apple varieties – including varieties the USA is likely to want to export." 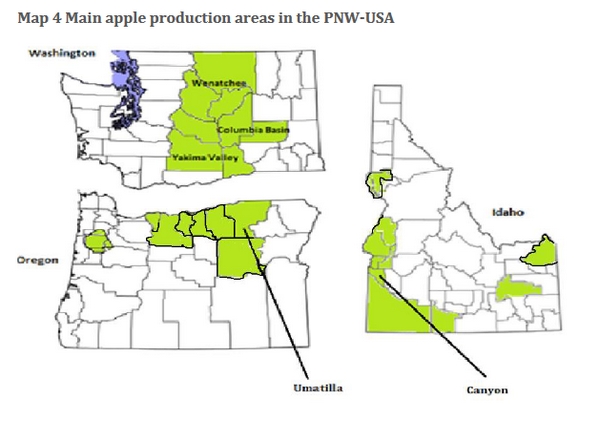 Graphic Source: "Draft report for the review of biosecurity import requirements for fresh apple fruit from the Pacific Northwest states of the United States of America"

Apart from individual risk management measures for each of the 24 pests, the report also described the operational system that is required for the maintenance and verification of the phytosanitary status of apples from the PNW. One proposed procedure to ensure that Australia’s import conditions have been met is pre-export phytosanitary inspection and certification by USDA-APHIS.

The report proposes: "All consignments must be inspected in accordance with official procedures for all visually detectable quarantine pests and other regulated articles (including soil, animal and plant debris) using random samples of 600 units per phytosanitary certificate, or equivalent, as per ISPM 31: Methodologies for sampling consignments. One unit is considered to be a single apple fruit. A phytosanitary certificate must be issued for each consignment upon completion of pre-export inspection and treatment to verify that the required risk management measures have been undertaken prior to export and that the consignment meets Australia’s import requirements."

Feedback on the proposals can be given via the Department consultation website (below), by the deadline Thursday 21 January 2021.

“Once the report is finalised, it’s up to the USA to demonstrate how it will meet the requirements to Australia’s satisfaction," Mr Turnbull said. "Assuming this can be done, Australian consumers will ultimately assess their need for apples grown on the other side of the world.”

Graphic Source: "Draft report for the review of biosecurity import requirements for fresh apple fruit from the Pacific Northwest states of the United States of America"

According to the report, almost 100 apple varieties are grown commercially in the USA, with harvesting occurring from August until early November, depending on the variety and the environmental conditions in the region. The USA is the world’s third-largest apple exporter behind China and the European Union; in 2019/20, the USA exported approximately 860,000 tonnes of fresh apples.

Furthermore the report stated that sea freight which takes about five weeks is likely to be the preferred method of transport of apples from the PNW-USA to Australia. Apples for export are required to meet the USA Condition Standards for Export, including degrees of maturity, physical injury, injury from pests and disorders, and packing requirements.

To view the full draft report, or make a submission, click https://www.agriculture.gov.au/biosecurity/risk-analysis/plant/apples-usa-2018