Prices and demand currently low due to flooded markets

Demand for Egyptian pomegranates expected to increase within two weeks

Timing will be essential for Egyptian pomegranate exporters. As the earlier varieties did not have the volume and quality of last year, hopes are the Wonderful variety will make up for that. There is a lot of produce available and the market though, and prices have come down, being only a third of what they were in August.

The Egyptian pomegranate season did not start flawlessly, says Mostafa Ali, Senior Regional manager of Nile Establishment for International Trade. “Egypt has different varieties of pomegranates; Baladi, Early 116 and wonderful, to supply the needs of the market. We export our pomegranates to Europe, Canada, the Gulf countries and the Far East. Unluckily, Egyptian production had a little bit of a delay this year. The season was set back by two weeks, which affected our position when our produce arrived on the international market. On top of that the production was less than in the previous season.” 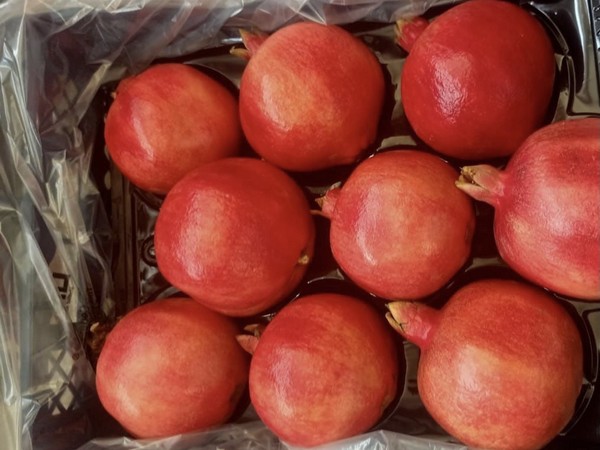 The delay caused the Egyptians to miss their optimal timing window and now have to deal with more competition in a flooded market, Ali explains: “Egyptian exporters try to target a time window in which the European market is empty. However, due to the hot weather and delays, our shipments arrived when there were also pomegranates from other producing countries available. These origins include India, Turkey, Spain and Israel. Although India’s production saw a significant drop of about 40 to 50 per cent compared to last year, the market is already flooded with large volumes. This will have an effect on the way the Egyptian pomegranates have to be marketed in the Far East and could cause a collapse on the European markets.”

As volumes are abundant and quality is not as good as it was last year, demand has been lacking behind in certain markets. However, Ali hopes that the Wonderful variety will solve any problems with demand, as it is the most popular variety from Egypt. “For other markets, demand has been low up until now from Russia, while demand from the Far Eastern countries like Malaysia has remained at a normal level. It is expected that demand will start increasing to high levels starting from week 44, lasting until the end of December. Next to our lower production earlier varieties did not have the quality they had last season. The Wonderful variety is looking good, with a superb taste.” 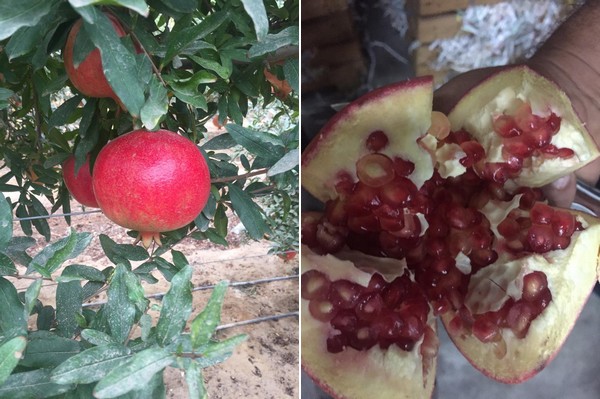 The delay of the pomegranate season, combined with the high availability of the fruit on the international market, has led to prices to drop down significantly, Ali states. “The weather was normal around summer time, but the fact the hot weather stuck around for about two to three weeks longer than usual led to a delay in the coloration of the pomegranates. This was the main reason we had to delay our season, as I explained earlier. One of the main challenges we face currently is to deliver the fruits at the right time and try to gain more margin for profit. But due to the delay of arrivals, prices went down in shorter time and moved from higher levels of about EUR 8.00/9.00 per carton that we saw in August, to lower prices of about EUR 3.00 or less per carton.”

“Other challenges are concerned about to increase the volume of the exported Qty-variety with good quality, while also seeking for potential business opportunities in new markets. In my opinion, the high profit winners will be those who are able to store their produce in cold rooms and ship between late November and December. Timing is a very important aspect when it comes to pomegranates.” Ali concludes.