The Belgian company, Tulpingroup, is a family business. It's been active in the fruit and vegetable sector for a century. The company recently commissioned five new Schmitz refrigerated/freezer trailers. These are for its transport company, All-Trade. All-Trade's Ostendfresh division specializes in full and partial loads of perishables to the United Kingdom. 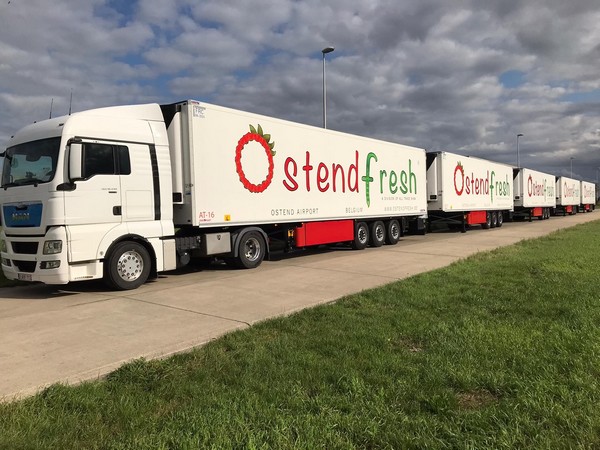 "Two years ago, Brexit was on the horizon. We purchased our first second-hand refrigerated trailer then. Last season, we already had 14 semi-trailers. But we're don't only go to the UK. We're also active in the Netherlands, Luxembourg, and France. We go as far as the South of France. So, we had to get additional vehicles," Alain Tulpin, Tulpingroup's CEO, says.

"We gained a lot of insight into different suppliers' service levels. That made our choice easy. We immediately found the right partner in Schmitz Belgium. Choosing the carrier's HE 19 cooling group is partly thanks to the good service provided by [the Belgian company,]  Westcool. The five new trailers are in our Ostendfresh division's colors." 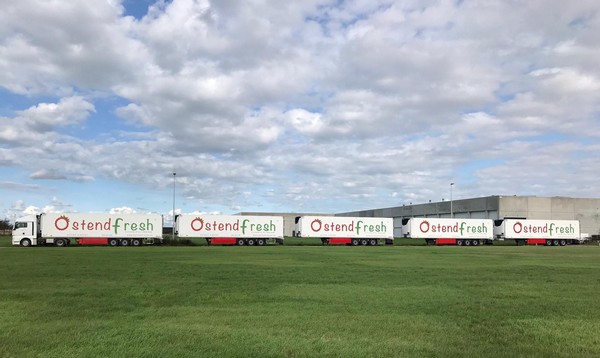 Tulpingroup is based at Oostende Airport. It specializes in imported fruit and vegetable shipments. Last year, the group accounted for about half of the airport's total tonnage. "In the winter, we do daily full and partial loads to England. From November to March, it's Egyptian strawberry time. That's our peak period", says Alain.

"We have 20 trailers, so we control the entire process. From when the aircraft arrives, through handling, inspection, and customs. Then we deliver to importers or supermarket chains. All-Trade/Ostendfresh is the only refrigerated transport company based in Ostend. So, we always start with rested drivers who can do their full shift. We're active at the other five Benelux airports too. But Ostend is our home market".

"There are no imports for the three summer months. That's thanks to European fruit and vegetable production. Given this, we founded the Ostendfresh division. Now, our trailers keep driving throughout the year. We not only have our own trucks. We also call on third parties, especially West and East Flemish refrigerated transporters," the CEO continues. 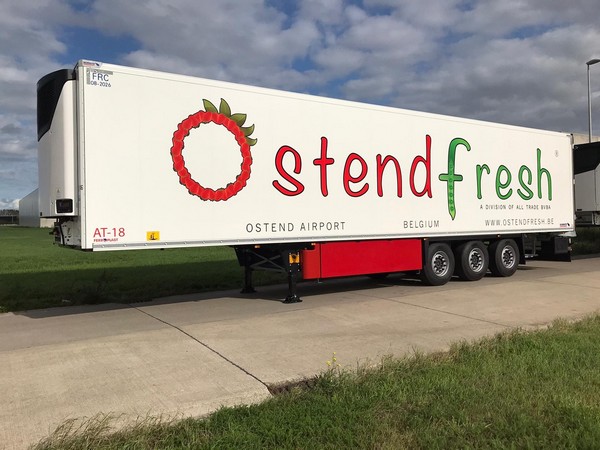 Tulpin says many don't consider this kind of investment as evident. Especially in these COVID times. But, operational independence is needed. Now, more than ever, with Brexit looming. "If it's a hard Brexit, many carriers will drop out of England. RORO will most likely become the norm. That's why we founded Ostendfresh UK in June. It'll coordinate all British traffic from Heathrow once Brexit begins. We've employed five more people in the past year. So, now, we have a team of 14 people," Alain concludes.