The grape season in Greece has begun, and so far the season has a positive outlook. One exporter has seen an increase in production, despite challenging weather conditions in the northern areas of Greece.

Greek fruit exporter Zeus is in the midst of harvesting the grapes in the vineyards. According to Antonis Ioannidis, who works at Zeus, they have hopes to be able to supply grapes until early December: “The weather has been favorable so far and we have almost concluded with picking the vast majority of the uncovered vines. We’re about to move to the covered vines by week 42 and will keep doing so until week 46. This will enable us to supply freshly cut grapes even in late November. We feel the market is good and steady at the moment. It’s our goal to keep improve our place in the market as we move into later stages. Zeus is expected to stay active in this year’s grape market throughout November and possibly even early December.” 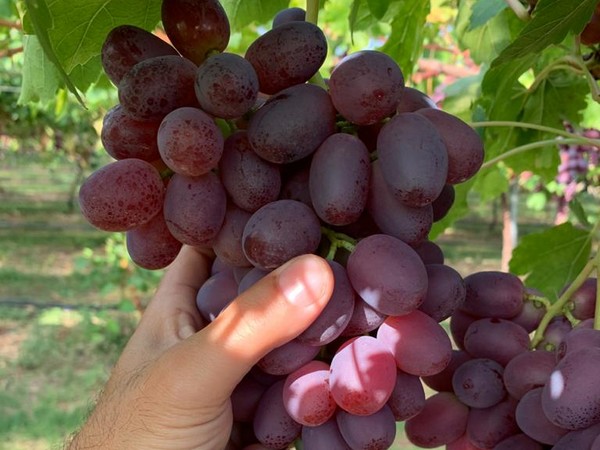 According to Ionnidis Zeus has managed to increase production despite the weather being worse in northern parts of Greece. “Volume-wise we are seeing a small increase in our own grape production, with more new varieties being available this season. For instance, the IFG Nine Jack's Salute makes its debut for us this season. Weather has been a challenge in northern Greece, where Zeus is located. However, since we’ve increased the percentage of covered vines compared to previous years, we’ve managed to secure steady production and will have a solid presence in the European market this year.”

Zeus is active in the European market mostly, but is also looking at opportunities overseas: “Our main customers are in the UK market. We’re also looking at overseas exports, where we could gain from the added value of our products. When the grape season started prices in the market were at similar levels as they were last season. We do expect prices to improve over the coming weeks though. Obviously the uncertainty of the days we live in and the risks involved with Covid-19 forces our company to take proactive measurements that will eventually impact the capacity of the packhouse. Still, we are managing to meet our customers' expectations in serving products ensuring the safety of consumers and our workforce.” Ioannidis concludes.