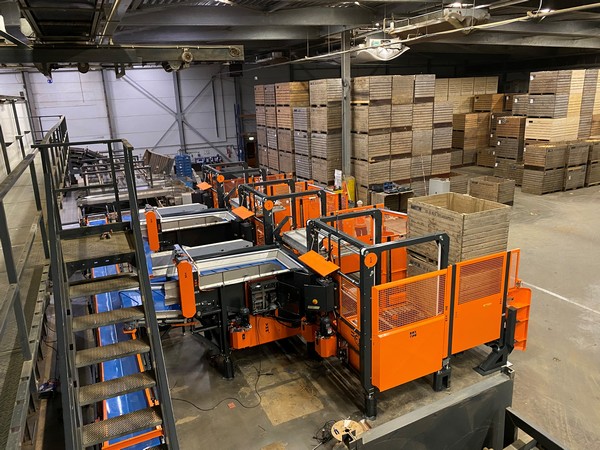 VHM Machinery
Rik van Hees owns VHM Machinery. He was born and raised in the Noordoostpolder countryside, in the Netherlands. He studied mechanical engineering and worked for someone else for a year. In 2010, Rik decided to focus on his own business entirely.

While studying, he was already drawing and constructing agricultural machinery and machines for local growers. The further development of his business is based on that. VHM started off building simple agricultural machines. The company also worked directly with farmers.

As time passed, VHM designed and built machines that became more complicated, but also more inventive. The user's desires and needs are, however, still the focal point. VHM's motto, 'Can't be done has never happened', slots into that. VHM's client base has grown considerably. It now includes not only growers but even those in the processing (agro-food) industry.

Box handling specialist
In 2013, VHM designed and installed its first fully automatic crate filler. That was for a large onion farmer. Since then, VHM has become a specialist in the are of crate handling. The company builds these high-value machines with the highest level of product friendliness in mind. That drew the attention of the processing industry, as well as that of Leo de Kock. 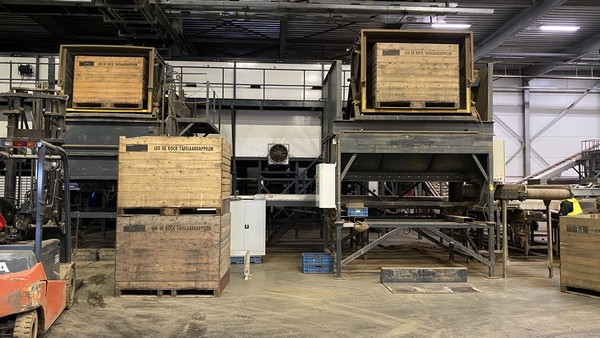 What it used to look like at Leo de Kock.

Leo de Kock
Leo de Kock wanted to improve and optimize its product handling. In this search, the company made contact with parties in the sector via Agrico colleague, the late Peter Dijk. VHM and Leo de Kock met via these parties. These two companies' passion and vision melded perfectly. That ultimately resulted in the purchase of a fully automatic crate unloading line.

Product handling and quality were paramount. A need for several more machines arose. That was during the emptying line's further design and fine-tuning phase. Leo de Kock wanted an all-in-one, one-of-a-kind BigBag unloading system, crate filler, and automatic sampling system. VHM got to work. And the solution they offered immediately resulted in the purchase of this second system.

As a result, Leo de Kock took a huge step forward. The company further automated and improved product handling of its potatoes. The partnership fits in well with Leo de Kock's modernization strategy. It plans to further follow and roll out this strategy in the coming years. 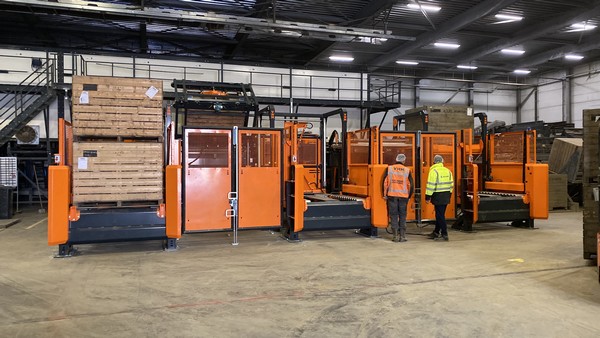 And this is what it looks like after the installation of the complete crate emptying line.

Handling the product with care
All the machine users consider product friendliness to be of utmost importance. That fact has remained throughout the years. Farmers do everything they can during the growing season to cultivate the best product. They care for these as well as possible. "The grower's love for the work and the potatoes is beautifully illustrated during grubbing. The farmer will pick up the very last potato to add to the rest of the harvest," Rik says, speaking from experience.

It's, therefore, unsurprising that that theme is an integral part of processing companies like Leo de Kock. They get the nicest potatoes from growers. They want to be able to offer them to retailers with the same care and attention. And, of course, in the highest quality. The processing machines must then also be able to guarantee this quality. So, VHM understands why high demands are placed on the machinery.

Installation
Leo de Kock's complete crate emptying line's design, installation, and implementation required meticulous preparation. This system functions as Leo de Kock's lifeline. This where the processing process begins, with the supply of potatoes. They are then washed and, finally, packed. While the supply line was being replaced, the interruption of the process, therefore, needed to be as short as possible.

Leo de Kock and VHM worked closely together on this. That's how it proved possible to set up, install, test, and get the complete system operational within just two days. Processing could then resume at full speed.

First impressions
"Both lines are now running to full satisfaction. We already see much better product handling. We've also made great strides in efficiency," says Leo de Kock director, Jan Bijleveld. "We now have a much more representative sample of the entire batch too. That's thanks to the automated sampling. We can also determine the correct tare more accurately."

A complete chain
And so, one local Agrico farmer's freshly-grubbed ware potatoes can be stored via a VHM care filler. The same full crates can be received by Leo de Kock, using the new VHM emptying system. The product friendly chain is, therefore, complete. The cooperation between these two companies was so good that VHM is now a permanent Leo de Kock partner.