In March 2018, OZblu® burst the barriers with the worlds heaviest blueberry weighing in at 12.39 grams. OZblu® then asked the question ‘can blueberries get much better than this?’ OZblu® can officially confirm, just over two years later, that blueberries can in fact get that much better, after breaking their own Guinness World Record (GWR)!

The record-breaking blueberry is the result of world renowned plant breeders, Dave and Leasa Mazzardis, who founded and own Natures Select breeding program. The pair continuously strive to produce superior low-chill evergreen blueberry genetics that are commercially viable for growers, and offer the consumer an exceptional eating experience, boasting juicier, crunchier and tastier characteristics, as well as an extended shelf life. 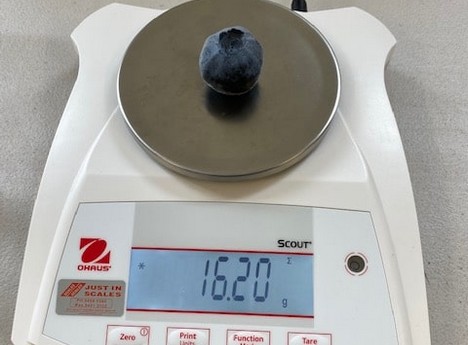 “While larger blueberries are a result of this natural selection process, and although some markets do prefer ‘jumbo’ size berries, our focus amongst other agronomical traits remains delivering a consistent and quality eating experience to the consumer,” says Dave Mazzardis. 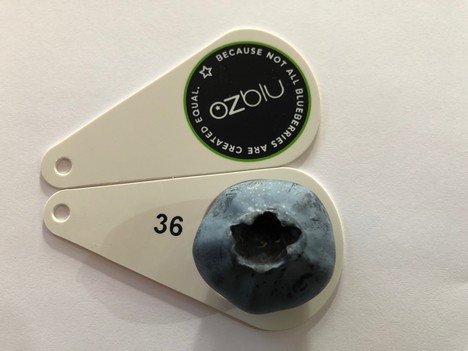 “It’s important to remember however that size isn’t all that matters” says Roger Horak, founder of United Exports. “We are intent on growing the best blueberries on the market and this means that taste, crunch and flavour are our priorities. Dave and Leasa just happen to grow record sized fruit too. The innovation that Dave and Leasa have delivered to the blueberry category, is truly nothing short of ground- breaking for this incredible super fruit, and will go down in history!” claims Horak.

Blueberries have become one of the most sought after superfoods as a result of their countless health properties. Due to the global demand for new variety blueberries, OZblu® is rapidly increasing their global blueberry production in order to supply the market year-round. Who knows they very well may break their own world record for the third time in a row.