The new season for New Zealand’s horticulture and wine growing industry has arrived. It is worth an estimated $9.5 billion to the country’s economy. Over the past decade, strong growth in export markets has led to widespread expansion of areas under planting and a shift towards more productive, higher-yield varieties, which in turn is driving increasing demands for labour.

The Recognised Seasonal Employer (RSE) scheme, which allows for up to 14,400 seasonal workers each year, mainly from the Pacific, to pick, pack and prune horticultural crops, provides a critical supply of seasonal labour during peak harvest periods. In a normal year without COVID-19 travel restrictions, RSE workers start entering the country in sizeable numbers from October onwards. 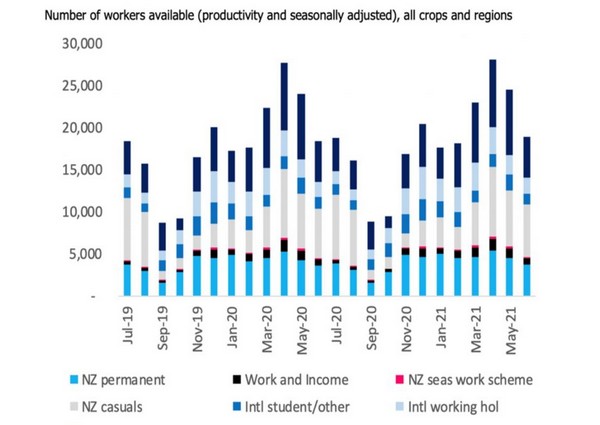 Supply of permanent and seasonal labour

By January 2021 (if not before) border restrictions ought to be eased to allow Pacific workers from COVID-free countries, which include Vanuatu, Samoa, Tonga – the three largest suppliers of RSE labour – to return to New Zealand as seasonal workers. If some countries aren’t keen, this could be an opportunity for others, such as Solomon Islands, to gain market share in the RSE.