The Dutch onion sorting company, D’Hont, is quite busy for so early in the season. “That’s because we’re constantly busy packing small packs for supermarkets. This makes up 70 to 80% of our work. If we were to have relied entirely on exports now, things would be considerably tougher,” says Jaap D’Hont. 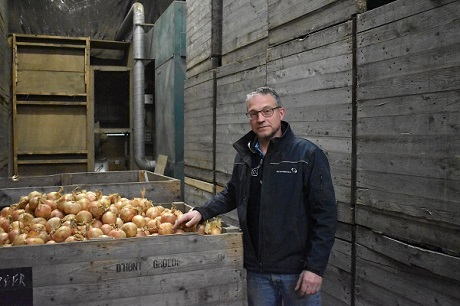 This company has increasingly been moving towards specialization in recent years. “We've, for example, grown in the red onion segment. We also do shallots, and, since last year, sort and sell organic onions. That suits our business operations well. We’re a small business, so we can´t move large volumes. We can, however, switch quickly.”

According to Jaap, the market is currently under a bit of pressure. “There are high volumes of the last onions sets, and they’re quite large. Now, the first seed onions are being added. So, they’re in each other’s way, especially when exports don’t go as well as you’d like. As a result of COVID-19, the industry isn’t yet at its previous level yet either. The mood on the market is, therefore, quite flat.” 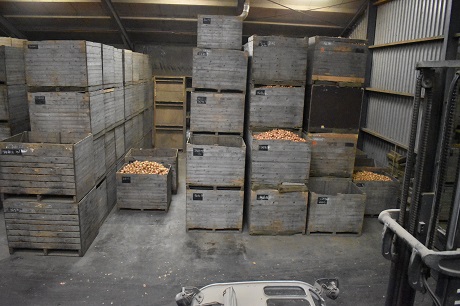 “I can’t complain about the onions’ quality. I've heard that some batches come onto the market with head rot, fusarium, or are bald. But that’s not a problem for us. Seed onions’ yields fluctuate wildly, varying from excellent to just average. However, many plots have been added, and the damage isn’t as bad as we expected. Overall yields will only be slightly under the long-term average.”

D'Hont's sourcing more and more Belgian onions. “The Belgians have again increased their acreage. And, this year, their onions are generally beautiful. Farmers were able to sow under good conditions in Belgium. I think this expansion will continue in that country. That might be at the expense of onion farming in (the Dutch province of ) Zeeland," explains Jaap. 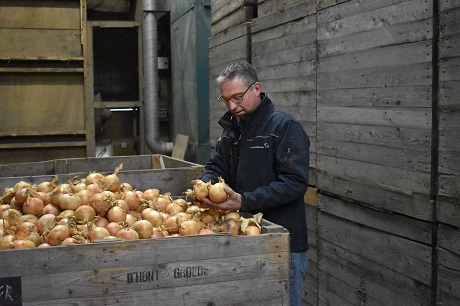 "There, I think farmers will only cultivate onions in areas that can be irrigated or watered. Recent yields in Zeeland have, after all, often been meager. And if prices are so-so, growers see no reason to continue. Hopefully, for everyone, this season’s prices will at least cover costs. And, hopefully, we’ll stick to the €0.10 minimum for onions straight from the land. Then we’ll see if things improve,” Jaap concludes.