"What has shaped us in the past - what will move us in the future?"

The relationship between production and trade in Germany is tense. The expectations of the big chains do not always match the feasibility of cultivation - what role do consumers play here? Fruit and vegetable producers have long been criticizing the pricing and specifications of the trade. This was also expressed at the meeting between Landgard board member Karl Voges and Prof. Dr. Horst Lang, head of quality assurance/environment at Globus SB-Warenhaus Holding. 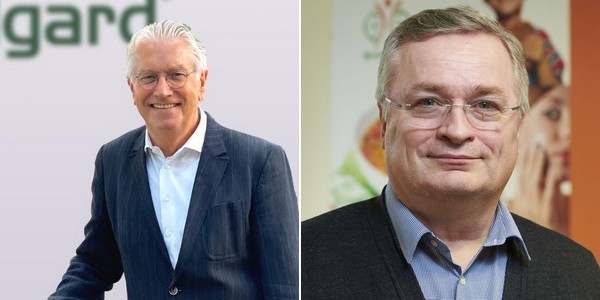 Both gentlemen have been active in their field for decades and came together on stage at the German Fruit & Vegetable Congress in Düsseldorf to discuss what has shaped the industry over the past 10 years and what will move it in the future.

"My general impression is that ten years ago, fruit and vegetables themselves were examined more closely - consumers were interested in the crop protection products used, for example. Today, the focus is more on packaging and finishing," says Horst Lang's general impression. Lang and Voges also agree on the emotionalization of the product: "Fruit and vegetables are much more connected to emotions and people - almost nothing works without a photo of the producer or a story about the product," says Voges.

Backward innovation?
However, this is where the gentlemen started to disagree. Lang pleads for a revival of old varieties, as tasteful products are line with the spirit of the times, in order to make fruit and vegetables tastier for the younger generation. As an example, he cites tomatoes, which he thinks taste less good today when grown in a greenhouse. Voges does not agree with this: "I myself come from a cultivation company that has been growing tomatoes for a while now. Tomatoes are also one of Landgard's biggest products. I can say with great confidence that growing old varieties outdoors in Germany simply doesn't work well, as the pressure of diseases is too great here. There are many great, modern tomato varieties that we grow in the greenhouse these days, which also taste very good."

Ethical questions of vegetable growing
Certainly when it comes to the feasibility of production, the opinions of traders and producers differ. Especially when it comes to sustainability, one has to ask oneself if the ratio is falling by the wayside.

Voges argues: "As producers, we generally work very nature-oriented. Sustainability has always been a topic in cultivation, it just hasn't necessarily always been called this."

Lang, on the other hand, is critical of this - but also sees the joint responsibility: "In Germany in particular, after the war, production was mainly large-scale, in order to feed the population. This trend has continued until today. But we must now slowly consider whether and how we should rethink our processes in order to assume responsibility. How can we practice agriculture without causing a burden on the environment?"

"How expensive can love be?"
This was also the transition to two of the favorite topics of the German trade: organic and regionality. Both topics have been going head-to-head over the past decade, with regionality currently seeming to have a small lead. Regional and organic products are best suited for aficionados, he said. But the big question here is: "How expensive can love be?".

Karl Voges believes in strengthening regionalism. "Consumers want to have confidence in their products, and this can be achieved very easily through regionality. But of course I don't want to be unrealistic either: Some fruits and vegetables simply cannot be produced regionally for the German market." He also hopes to achieve a stronger focus on the seasonality of the products and thus a better understanding by consumers of the possibilities offered by domestic production.

Lang does not believe in the importance of seasonality in trade: "One must always keep in mind that, after all, 70% of our fruit and vegetables are imported. It's also not a matter of price - people have a certain standard and want to buy these products, no matter what the price. That's what we do and that's what we have in our assortment". So for him, the focus is more on reliable, year-round sourcing of all these products.

AI to contain Corona situations?
Horst Lang: "During the peak phase of the Corona crisis, there were definitely some shortages. There were problems as well, from cultivation to delivery to the stores. The aim is to become even more flexible and faster in order to deal with situations of this kind". In his opinion, artificial intelligence would be a tool to optimize the chain.

Voges believes that AI can help to optimize cultivation processes: "There are still many places where cultivation is lacking - but we are on it."

The Corona virus also had a major impact on the slowly growing online trade in Germany. Both agree that the breakthrough, especially for fruit and vegetables, has not yet been achieved. "However, I think that the German population as a whole is too old," says Lang. "There are too many doubts about ultra-fresh in online trade. The shopping experience is missing, so customers are skeptical. However, I believe that it will become a permanent feature of the German market."