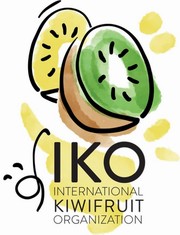 s supposed to have been held in New Zealand, was hosted by videoconference this year, on 16 and 17 September. Despite this, it represented a good opportunity to exchange views on the cultivation of kiwis. The delegations attended from New Zealand, Chile, Italy, Greece, Spain, Portugal, France and Italy. On behalf of Italy, CSO Italy, a member of IKO, took part, together with a large number of associates, such as Agrintesa, APO Conerpo, Consorzio Jingold, Frutta C2, Naturitalia and Spreafico. 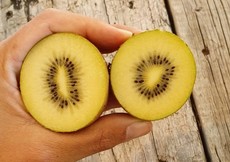 With regard to Italy, the increase is driven by the yellow flesh kiwi fruit, which is expected to reach almost 80 thousand tons this year, marking a 35% increase, thanks also to the new installations that are starting to produce. For the green kiwi, the production is expected to drop again by 4% compared to the historical low of the previous year as a consequence of both frost damage, and the loss of green kiwi surfaces caused mainly by the perishing of plants, as well as root asphyxia damages that affects the yield per plant.

The perishing of the plants is a phenomenon that has been spreading since 2012 in the Verona area, before affecting other important kiwi growing areas, such as Piedmont, Lazio and Friuli Venezia Giulia, but its presence has recently been reported also in Calabria, Campania and Basilicata. It is a very worrying phenomenon that, based on the estimates of CSO Italy, has affected about 4,500 hectares that are no longer productive, between 2012 and today, not to mention the kiwi areas that are in a bad state, with yields well below their potential.

In terms of trade, the focus is on Greece, which over the years has seen its production sites grow to nearly 11,000 hectares in kiwi production this year, with quantities that will continue to grow in the foreseeable future.

Market requests are showing good results after Covid-19, as reported by all participants.