Agriculture, and fruit growers in particular, have seasonal peaks where additional staff are required to pick the orchards and fields before the produce dies or falls off. There are migrating teams of fruit pickers who travel to different regions and to different farms to pick the crop as it comes to fruition.

Now, growers like Rossouw Cillié of Laastedrif Agri, on the Matroosberg Mountain in Ceres’ Bo Swaarmoed area, have diversified their operations to provide full-time work for almost all their staff. Although not alone in this strategy to provide work for their staff 12-months of the year as far as is possible, Cillié has innovated to bring a range of value-added products to market. In so doing he is not only providing more work for his teams but, crucially, is also further reducing food waste, something very close to his heart.

“Everything is used,” he says, “Every carrot, beetroot or indeed sweet potato grown on our farms will end up nourishing life. There is nearly zero waste.” Cillié says that fruit and vegetables that may be too large or small to meet the consumer’s specification or, perhaps, slightly misshapen, as sometimes happens in nature, get cut up, grated, spiralized or riced by the high-care teams or used in a soup mix. If you are shopping at South Africa’s supermarkets you are most likely putting Laastedrif produce into your basket. 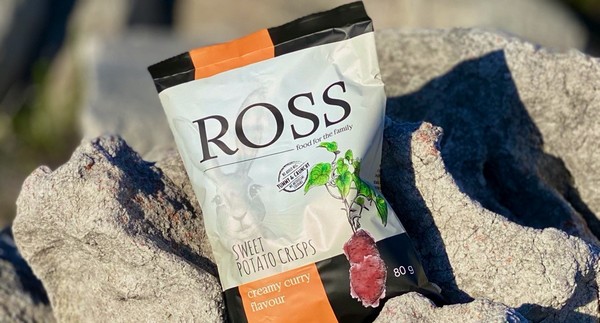 “Different fruits and vegetables need different climate zones and soil types,” he says. And, for deciduous crops like apples and pears which Cillié grows for and markets via Tru-Cape Fruit Marketing, the largest exporter of South African apples and pears and of which he is a founding director, Cillié has purchased additional farms in the 33 years since he took over the business from his father.

The Cillié family have been farming at Laastedrif for 70 years and his great grandfather was the first grower to plant apples and pears in South Africa, as far back as 1900 in Ceres.

In addition to the high-care facility where produce is washed, cut and packaged directly into the bags you pick from the supermarket shelf, Cillié, encouraged by his wife Anelia, and product developer Zandri Pienaar, decided four years ago to further expand operations. Anelia Cillié is supported by Laastedrif’s food and product development team of Zandri Pienaar and Madeleine Carstens.

Anelia Cillié says their primary goal was to be able to offer something delicious as a snack that helped people eat more healthy vegetables. “After a long journey of investigating different drying and frying techniques we decided we’d invest in a vegetable chip machine that fries in a vacuum chamber,” she says.

Ross, the sweet-potato crisp, is the latest branded line by Laastedrif and dedicated to helping preserve the endangered riverine rabbit found on their farm near Touws River. Endemic to the Great Karoo and parts of the Klein Karoo, the riverine rabbit (Bunolagus monticularis) is one of the most endangered terrestrial mammals of Southern Africa. With only a few hundred animals left in the wild today, the species is facing an extremely high risk of extinction.

Conservation is essentially important to the Cillié family and as custodians of important tracks of biodiversity, they actively protect the Verlorenvlei wetland along the West Coast of South Africa and one of the few coastal fresh water lakes in the country and, nearer to home, Laastedrif, with its elevated position at the end of the road and one of the coldest areas in Ceres, is currently the only place on the planet where the extremely rare Aspalathus compacta plant species is found. “This beautiful wildflower is critically endangered,” Rossouw Cillié says.

Funds from the sale of Ross support the riverine rabbit. “We wanted a story to tell with our brand that would reflect what is in our hearts,” Anelia Cillié says, “It is commonly known that rabbits like vegetables so the goal is to increase vegetable consumption with a healthier and very delicious snack.”

Zandri Pienaar says that Ross crisps are fried with less oil and at a lower temperature. “This reduces the risk of cancer-causing acrylamide that forms in some foods, especially high starch and sugary ones during high-temperature cooking processes. We also use sunflower-seed oil rather than palm oil. Sunflower has a lower carbon foot print. We can’t say we want to save the riverine rabbit but at the same time be responsible for forests of palm trees being cut down,” she says.

Ross is currently available in three flavours: Creamy Curry, Sea Salt and Snoek Paté. “We are testing a beetroot chip which will be a wonderful way to get children to enjoy this superfood.” Pienaar ends.

Ross comes in 80g packets and soon also in 25g packets, ideally suited to lunch boxes as a guilt-free treat. Ross is available from good delis at the recommended price of R19.99.