"As CIPC deadline approaches, we have the best alternative available"

CIPC has been banned in the European Union since 1 January 2020. The expiry date for, among other things, the storage of potatoes with CIPC, among others, has been set for 8 October 2020. D-day is therefore fast approaching for the growers. Dirk Garos and Paul O'Connor from Restrain talk about the big breakthrough they are currently making with ethylene, but also issue a warning. "Not all growers have found an alternative solution to CIPC yet, but time is running out!" 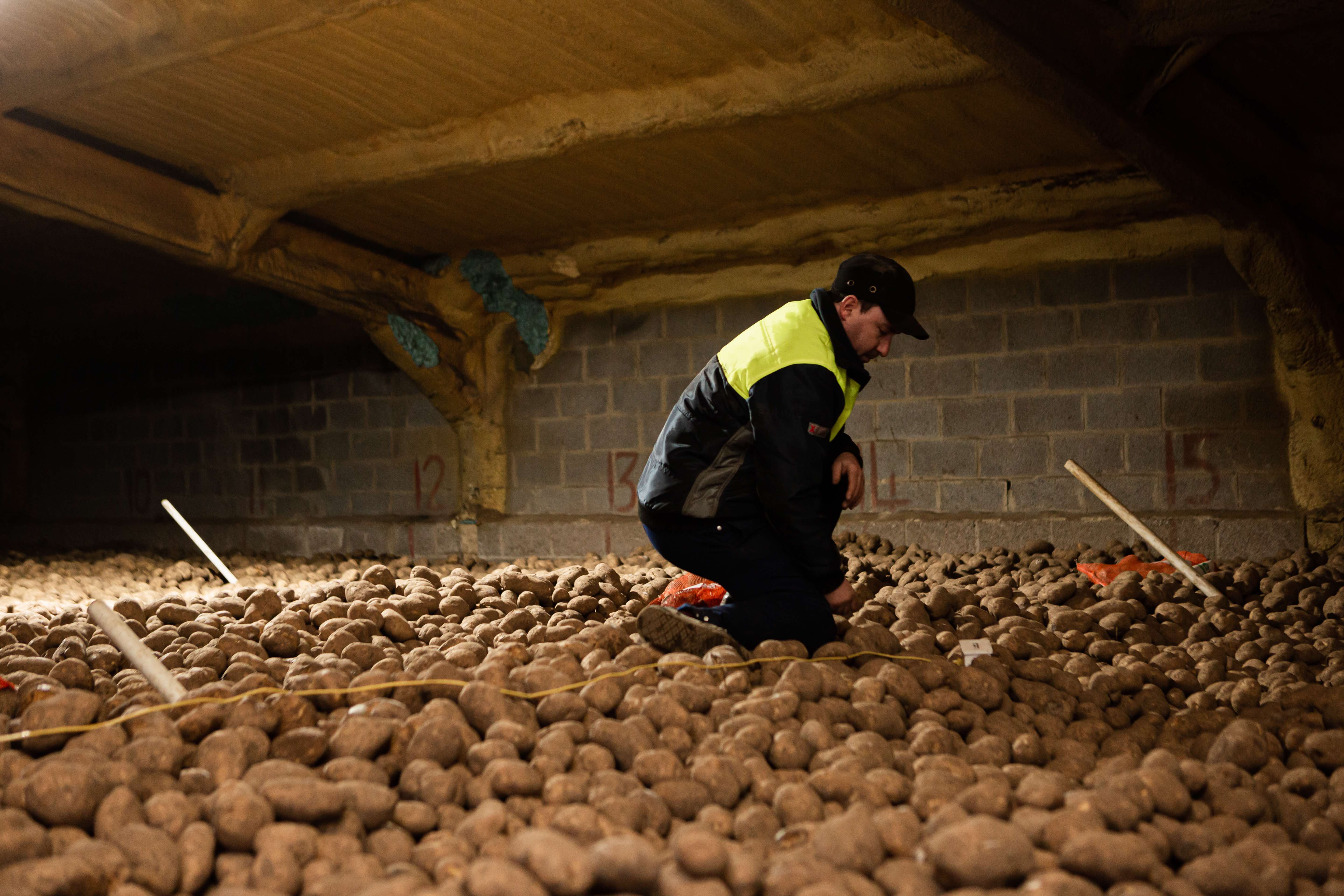 CIPC ban expected 10 years earlier
"We had expected the CIPC ban ten years ago, but now it is actually going to happen. The advantage of this long period is that we are well prepared. Four years ago we developed our new prototypes, which we constructed entirely in-house. We have made significant investments, but are always able to deliver because of this. At the moment we have built almost 4,000 machines, and have enough in stock for the next storage season. We are working hard to supply a large part of the market with Restrain systems, starting in the largest European potato producing countries; England, Germany, France, Belgium and the Netherlands," says Dirk. "But we already deliver to almost forty countries and now also have approval for use in the United States."

"Of course there are alternatives on the market, be it MH field treatment, citrus oil, mint oil or 1.4sight. The biggest advantage of ethylene is that it is very easy to apply. We supply a plug-and-play system (Restrain generator with sensor) and ethanol. The machine has a capacity of up to 5,000 tonnes. The distribution is not an issue, because ethylene is a dynamic gas and growers can be assured that every potato in storage will receive ethylene, regardless of the condition or size and filling level of the storage area. That is what makes ethylene so useful. Ethylene is a natural gas - for example produced by apples and tomatoes - that is spread in a very low concentration. An additional advantage over other products is that ethylene does not have a scent," says Paul. Moreover, it is economically the best alternative on the market. We are four to six times cheaper than any CIPC alternative," Dirk argues. 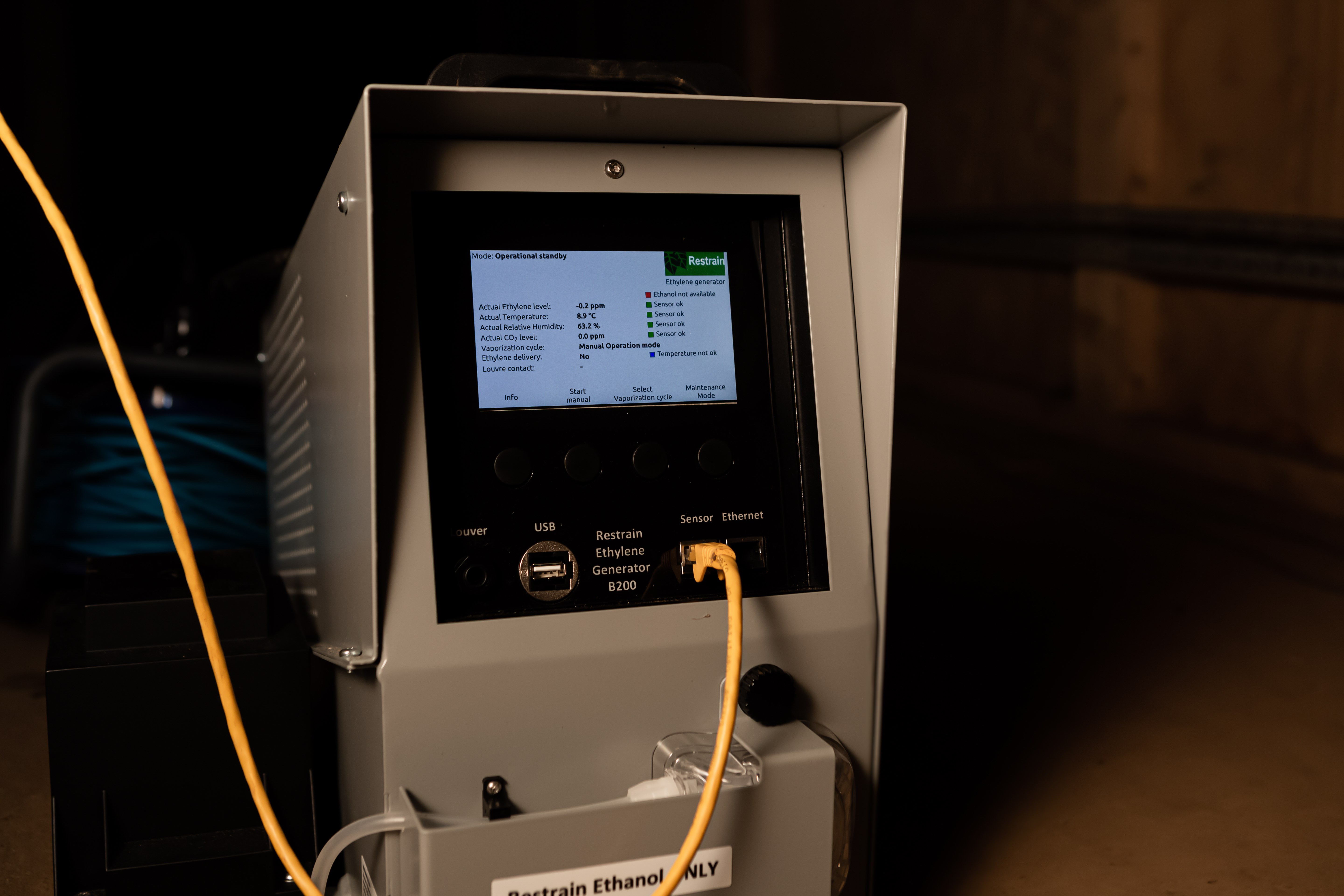 Certificate
The potato economy has changed a lot since the Corona outbreak. "Until February, the world market for chip potatoes showed enormous growth figures. Everyone was positive and the processing industry promised to support the extra costs for sprouting inhibition. You can now see people coming back on that now that the chip market has temporarily stagnated. For us at Restrain, this has only accelerated the growth we are experiencing, as we are the most economical solution. Restrain provides its solution on the basis of lease and use, so without additional investments for the grower. We focus on three varieties, namely Agria, Fontane and Marquis, which are the most important varieties for the chip industry. These varieties have been extensively tested and when used correctly, the results are good. Although the use of the Restrain solution is not complicated, we do make growers who will use ethylene to obtain a certificate first. We support them with online training courses, so that they can get to know ethylene and the situation in their own time and can translate the usage to their practical situation." 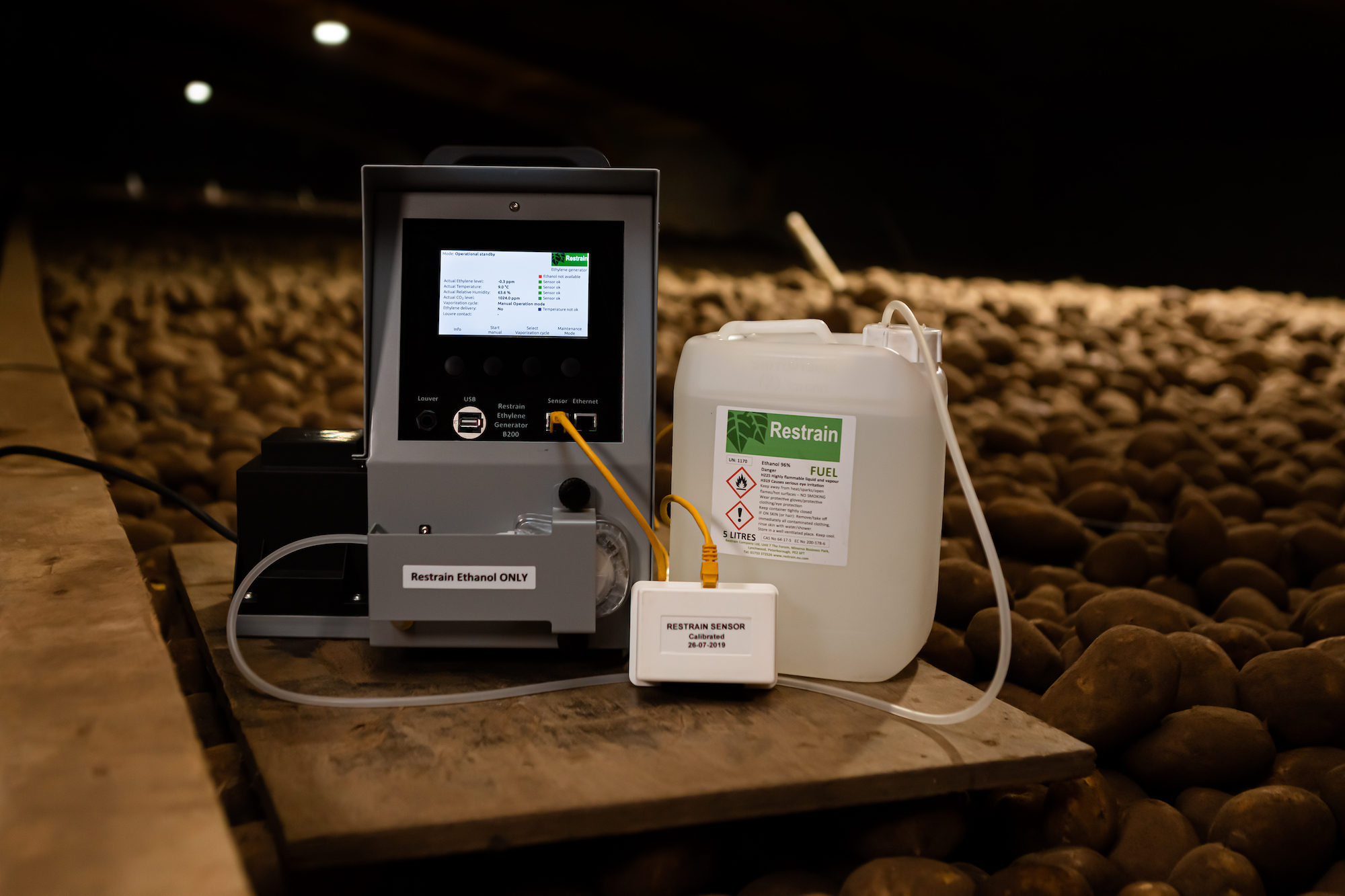 "Growers really need to act now, that's the most important thing at the moment. People have been used to CIPC for decades and now they have to learn how to deal with new substances. We have a proven alternative in house with ethylene. Four years ago, for example. we started working with the largest chip producer in England and now we have 100% of the British potatoes under contract with them, so we must be doing something right,” says Paul O'Connor.

Providing facts
"In the Netherlands there are quite a few middlemen, advisers and consultants who traditionally get their commission on the sale of sprout inhibitors. We don't do that and always deliver directly to the end user. We know that there are negative stories about our solution. What are we doing about this? We keep providing the facts, and continue sharing test results from independent test stations. And more importantly, our customers are happy to share their positive experiences using our solution. "How much more evidence do you need that it works?" Paul says with a laugh. 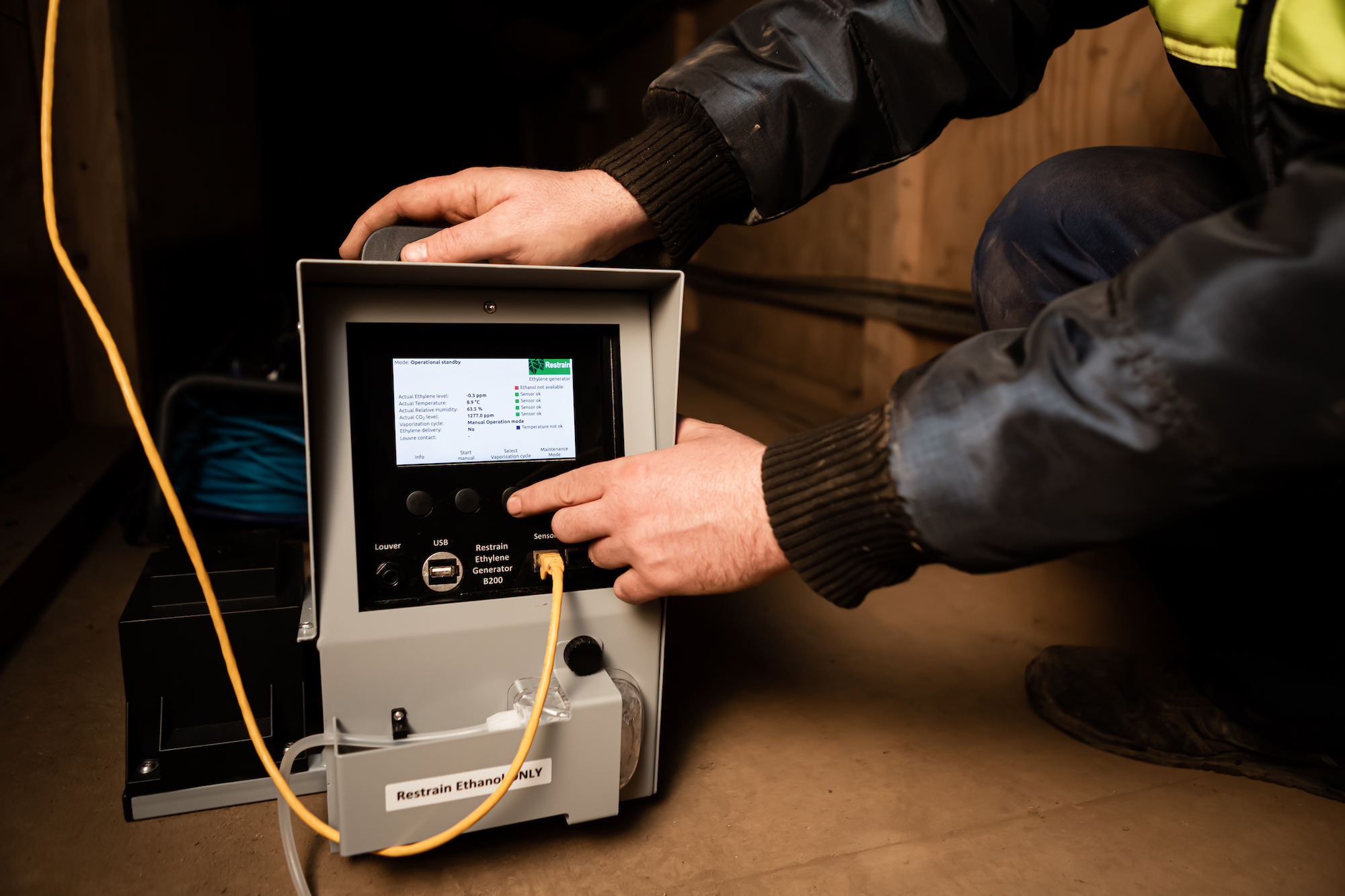 "At the moment we are not yet a player for the supermarkets in the Netherlands. This has everything to do with the fact that a bag of table potatoes must have a germination-free shelf life of 14 days. That is impossible without CIPC. Because the journey from potato at the grower to the shelf in the supermarket has already taken 3 days and germination starts from day 7, Restrain advocates for potatoes to become a daily fresh product. This not only reduces food waste, it is also healthier for the consumer. Restrain has had experience in this since 2004 in England."