Indian government puts a stop to export of onions

The Indian onion export has come to a halt. The Government has intervened after prices for onions increased significantly. As the onion is a very important commodity in the average Indian household, the export stop is intended to bring the price back down to affordable prices for the Indian consumer.

Indian onions are not allowed to be exported as of now. The Indian government gave notice yesterday, changing the export policy of the onions from ‘Free’ to ‘Prohibitive’. Sagar Tikyani, founder of Indian trading company Dilip Agro, explains this is to protect the Indian consumer: “It’s the second time this has happened, it already happened recently, in 2019. As the onions are a major commodity on the consumer’s shopping list, the government can’t allow onion prices to rise too high.” 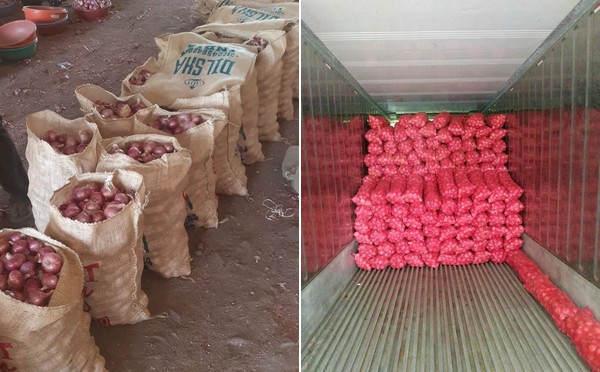 Tikyani states that the Government has imposed the strictest measure to combat sudden price changes that happened yesterday: “Yesterday, onion prices in the open market climbed up drastically, leading to FOB JNPT pricings of 520-550 USD per ton. This rise in prices led to the Government taking the strictest possible action. The Bangalore region crop, which is timed to harvest right now, has suffered damages due to untimely heavy rains. So, all pressure for the supply of onions has been put on the Nashik region. This has caused prices to shoot up.” He explains.

There is a way out, as another crop should be harvested near the end of November. However if anything happens to it, Tikyani expects an extension of the export ban. “Now, all eyes are on the Kharif crop, which is expected to arrive at the end of November. If there is any form of disruption caused by the weather during that period, I’m afraid that this newly imposed ban on exports might stay in place for an extended period. This puts the ball in the court of other major onion producing countries, such as Egypt, the Netherlands, China and Turkey.” he concludes.