Scottish cherries- the latest in the northern hemisphere

In recent years we have not heard much about Scottish cherries, probably due to the fact they haven’t been doing too well, but now things have changed and the crop is bigger and better than ever. Scotland produces the latest cherries in the Northern Hemisphere, they are still producing when the US, Canada and England have all ended their seasons. 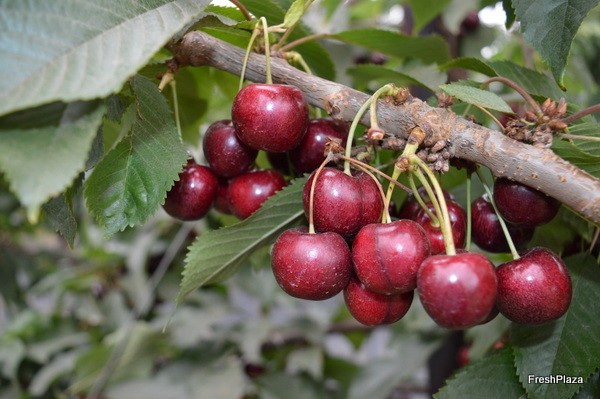 McIntyre Fruit Ltd, based near Blairgowrie, Perthshire first planted cherries in 2013, it was the later varieties such as Sentennial and Sweetheart which were planted. They were planted in polytunnels and had a very successful first year. More were planted in 2017/18. To take the total acreage to 18 HAs

“From 2016 on it became a bit more difficult to get a good yield as we had underestimated how vigorous the plants would be,” explains Matthew McIntyre. 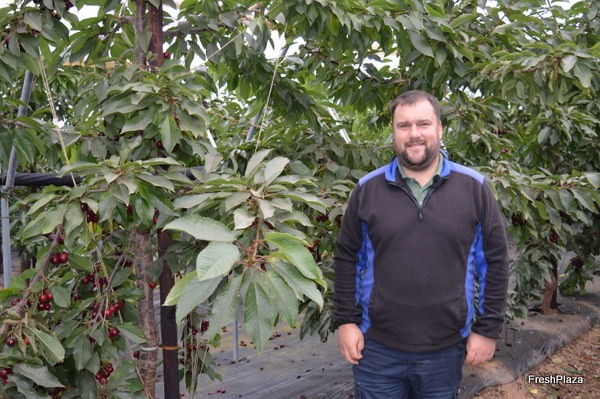 Matthew in the cherry orchard

“The trees which are now 4-5 years old have calmed down a bit now and are producing very good yields.”

Growers in Scotland have a later season than the rest of the UK, this combined with growing late varieties makes them the latest cherry producers in the Northern Hemisphere. As well as supplying this niche product to the high end retailers, small volumes have been exported.

As for many other growers this has been a difficult season for McIntyres, but Matthew said that due to the later production window for the soft fruit and cherries, they were not so affected by lock downs and labour shortages. 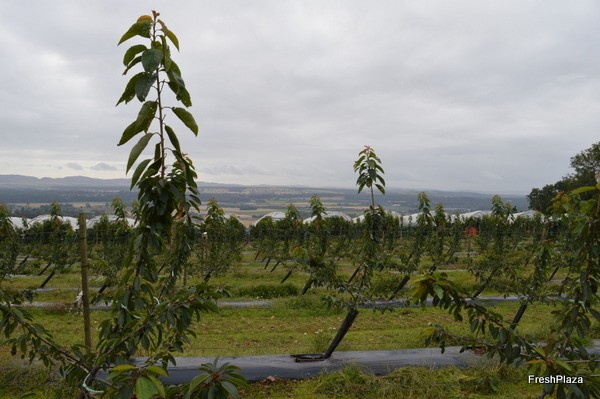 “We had a small husbandry team here in February who were able to cope with the workload until April when the exemption for agricultural workers was brought in. We did have some interest in the ‘Pick for Britain’ campaign but I don’t think people really appreciate what fruit picking is all about these days. The migrant workers are career pickers who travel around Europe picking fruit, they are professionals.” 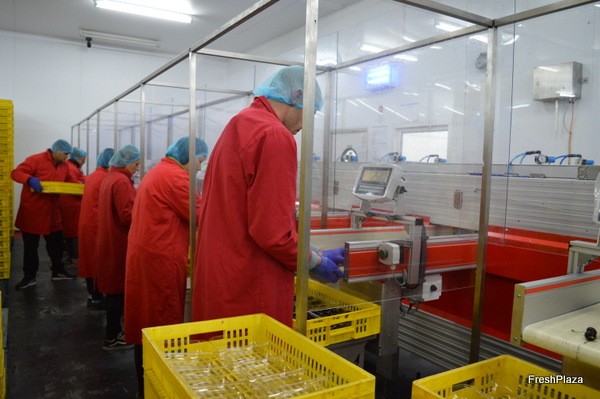 The packhouse has been made COVID safe

Making the site ‘COVID’ ready to receive the overseas workers involved quite a bit of investment. “Normally we wouldn’t have such a long season and the caravans were only equipped for the summer months, we also had to install plumbing in every caravan as the different groups can’t share facilities. While the groups are working in the field there is minimal risk of infection but in the packhouse and during downtime this increases immensely.”

McIntyre Fruit works together with marketing company Berry Gardens, this allowed them to go from a small family run company to a much bigger producer. They also have access to the EU Fruit & Vegetable Regime which gives producer organisations access to funds to invest in things such as irrigation, trees and packing equipment.

All of the cherries are grown undercover, protecting them from the elements. According to Matthew that is a must these days, “We have seen a definite change in the climate in recent years. April and May are becoming drier and we refer jokingly to August and September as the ‘rainy season’, but more seriously in the last two consecutive years the river levels have been very low which is concerning.” 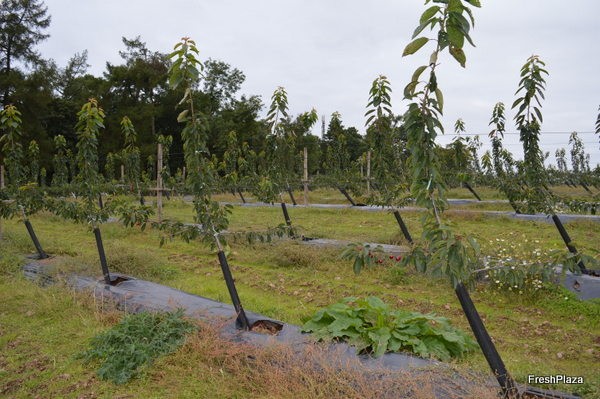 The cherry orchards are positioned on the top of the hill, the highest point for miles around. It might be easier to grow them further down the valley but it’s the altitude that delays the season and gives them the unique harvesting window.

Matthew is trialling some new growing methods and varieties on the hill.

“We planted two new varieties this spring from German breeder Peter Stoppel. Poly tunnels and steel structures will be added, and the trees will be trained at a 45-degree angle to create a fruit wall. This makes pruning and picking easier, lowering costs. With the Stoppel varieties we hope to further extend the season by 2-3 weeks.”

Matthew said he would really like to have a Scottish cherry brand at some time in the future. “At the moment we supply the retailers who have been massively supportive in pushing premium British cherries. 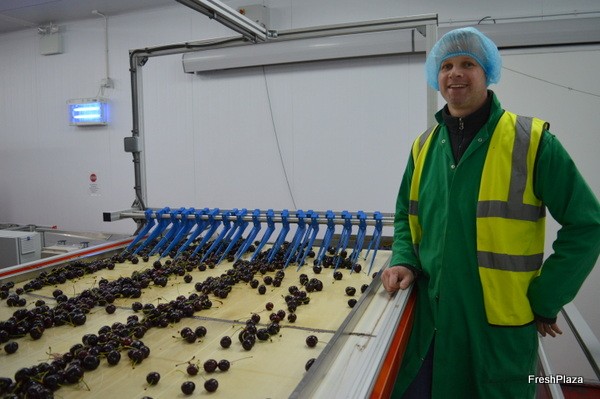 The cherries can also be stored for up to 14 days further extending the supply. This done at the packhouse in Blairgowrie which is co-owned with two other local growers. 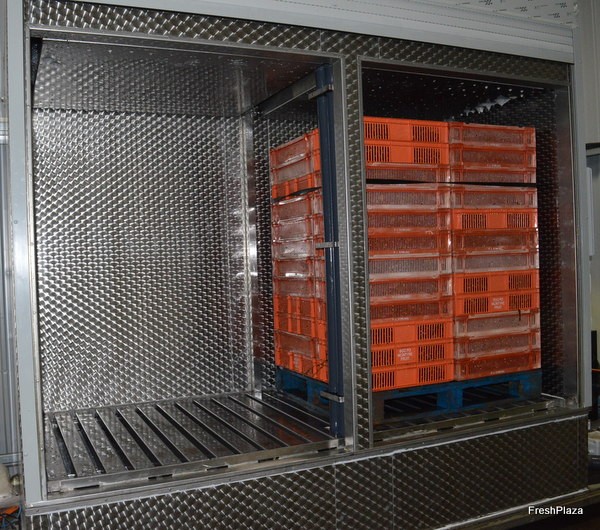 This season a hydrocooler has been installed at the packhouse, this takes the cooling time down from 3-4 hours to 20 minutes and is much more efficient as it cools the fruit right through to the stone.

“Having the hydrocooler means we can now pick and pack on the same day.”

In the packhouse there a grader from STAS, fitted with an Elipse camera. Every unit has 3 cameras, which takes 15 photos for size, 15 for quality and 15 for colour, there are 4 units on the line. The software calculates sizes and defects then directs the cherries into one of the nine exits.