On Wednesday September 9, the first pole for the new Vergro building in Sint-Katelijne-Waver was driven into the ground. “We are ahead of schedule and the fully cooled warehouse of 8,000 square meters must be operational for the start of the new vegetable season on 1 March,” says Dominiek Noppe of Vergro.

The new building is located on the new industrial estate right next to the auction and will have a total of 16 loading docks. “Our subsidiary DVL will move into the building together with Vergro. One of the reasons behind the construction of the new building is that the site in Meulebeke has become too small, which means that part of the production intended for export to France will be moved to Sint-Katelijne-Waver. ” 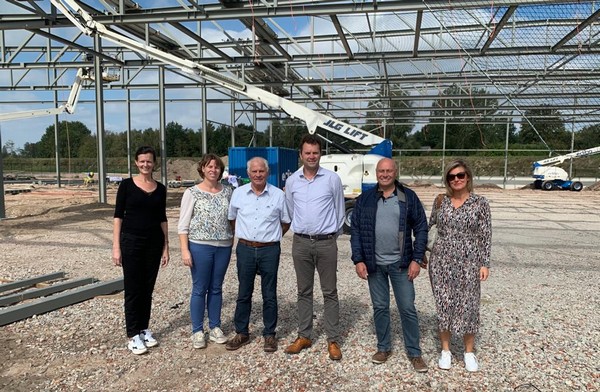 "The British need our products"
“The new building is being built on our growth and is currently 40% larger than necessary. The building in Meulebeke is only 4 years old, but we have already noticed that we are running out of space. That is why we decided to build the new building in Sint-Katelijne-Waver in such a way that we have the opportunity to grow,” says Dominiek. In addition to France, the UK is an important sales market for Vergro, but with Brexit just around the corner, we have to wait and see what will happen next year.

“Fortunately we have prepared ourselves well by founding the company Vergro UK, which is ready to go when a hard Brexit comes. However, we are not afraid that the British consumers will no longer need our products. The UK is by no means self-sufficient in horticultural products and in terms of labour they will not be able to find enough pickers and the like. So in that respect, at least, we are not afraid that the British market will collapse. ” 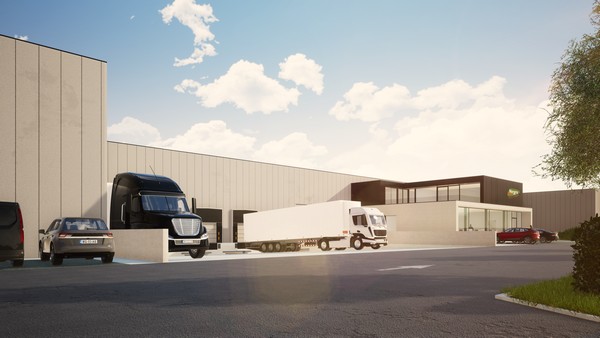 Artist's impression of the new building

10% more Conference
In addition to horticultural products, top fruit is also a product group in which Vergro is strong. “The Conference harvest is over and we can conclude that we have harvested 10% more Conference this year. The apple harvest is comparable to last year. We hardly have any sunburn damage, because all our apples are covered by hail nets, which also protect against sunburn damage. We also have varieties that flower a little later, such as the Gala, Evelina and Granny, which means that they have suffered less frost damage than, for example, Jonagold,” notes Noppe.

“Our showpiece, the Red Modoc pear, will also be picked again soon and expectations are very positive. This year more trees have come into production once more, so we hope to pick 400 tonnes of Red Modoc pears this year, where last year we had 200 tonnes. ” 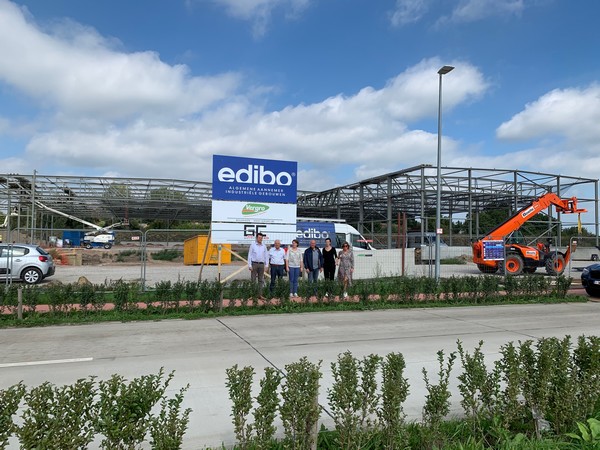 Red Modoc
“The demand for Red Modoc is still overwhelming. We try to distribute sales fairly between the retailers who really believe in the product, but we also want to supply the smaller parties. We want to achieve a production of 200 hectares within the next five years. That is why last week we obtained the license for the Red Modoc for Germany and England (we already had the licence for the Benelux). We have now been contacted by German growers who would like to plant the Red Modoc. This shows that people really have confidence in this pear,” says Dominiek. 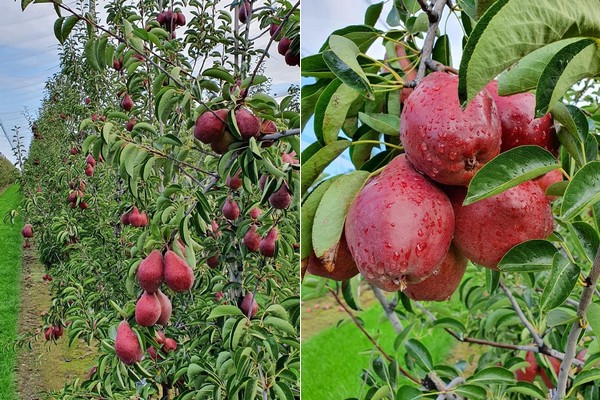 “A big advantage of the Red Modoc is the harvesting time, which is 14 days after the Conference. This means that the grower can then keep his staff working. Another great asset is that we picked 85% class 1 pears last year. Other red pears often have the problem that the colour fades a bit over the years. The Red Modoc is almost 100 percent red. We also performed shelf life tests last year. This showed that even in June the pear is still of excellent quality. The price paid to the growers is also 50% above the Conference price. Thanks to all these advantages, we continue to believe 100 percent in this pear,” Dominiek concludes.