"The seeded table grape segment has stalled in September, especially when it comes to Italia, Red Globe and Palieri grapes. This has been mistakenly attributed to a productive surplus, but it is actually due to various causes. Consumption of Italian seeded grapes has dropped not only on the domestic market, but on the foreign ones as well, with sales prices 15-20% lower than average," explains Donato Fanelli, coordinator of the Table Grape committee of the Ortofrutta Italia interbranch organization and member of the Italian table grape commission. 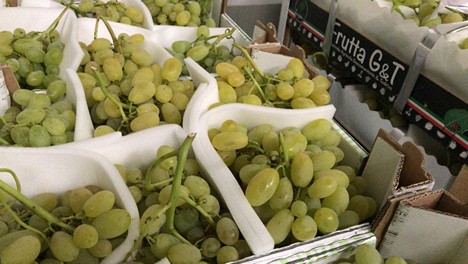 "Families have come back from their holidays and have less money to spend. In addition, European countries such as Greece, Moldova and Macedonia have consolidated their position as table grape producers and traders and are now selling their produce at low prices to those markets where Italy has always exported great quantities."

"But the trend is also due to the increasing interest for seedless grapes, as demand has almost reached the same level as that for seeded grapes."

"Despite a generalized 20% drop in production, Italia grapes is sold by the big retail chain at €1.30-1.40 compared to the usual €1.50-1.60. It is one of the most popular varieties on a national level, but it has to deal with multiple issues. We will have to see how things go over the next few weeks with the launch of the promotional campaign supporting domestic table grapes."