“The melon supply is excellent,” says Marco Patzer of Cherry Rock Farms in Brandon, SD. “We had some early warm weather and in general it’s a little on the dryer side. But the growing conditions are favorable for melons.”

Cherry Rock plants in two to four successions to have melons as early as possible in the area. “We start harvesting probably the first week in August and then we like to have melons we can pick right up until frost in early October,” says Patzer.

The season though has not been without a few challenges. “We had a really hot stretch early in the season. We had some unseasonably hot weather for two or three weeks where it was hot and windy, and we actually lost a lot of our early transplants to that. So, our supply is slightly down because we lost those early plants,” says Patzer. “But once they recovered and the weather changed a little bit, they’ve been fine. Recent drought conditions though have also been tough on our last succession.” 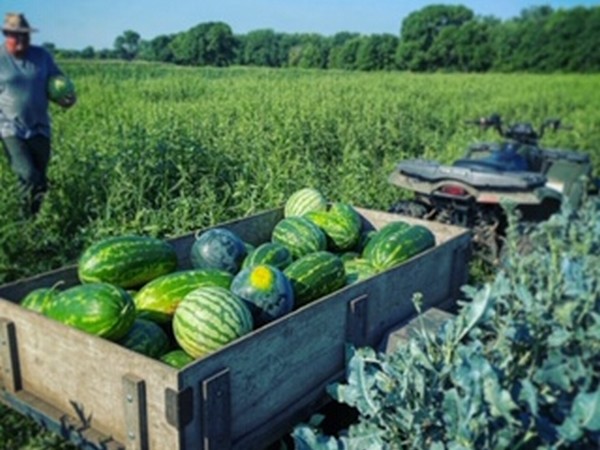 Seasonal sizing
As a result, he notes that the first succession produced fruit that was slightly bigger than normal thanks to some early moisture in the area around Sioux Falls. “Our later successions look like they’re going to be smaller,” he adds.

Meanwhile, demand is strong for South Dakota melons. “We’re twice as busy as last year and we’re primarily attributing that to the pandemic. People are more interested in buying local. A lot of local growers in the area are experiencing the same thing,” says Patzer. “Business is up just in general but it’s not just on melons. It’s on everything.”

All of that means that pricing is higher on melons. “We’re charging slightly more and everyone else in the area is as well. Food prices in general have gone up so it’s not melon-specific,” adds Patzer.