Dennis Weisbrod supports and consults companies in agriculture and catering

"After 20 to 30 years, it is not uncommon for operational blindness to occur"

As a trained cook and production manager in agriculture for many years, Dennis Weisbrod is at home in both areas. After more than four years, he said goodbye to his former employer this year -a well-known soft fruit farm in the Aachen area- where he was responsible for growing kiwi berries, among other things. Now he is using his experience as an independent consultant, mainly supporting restaurateurs and farmers in the soft fruit sector in restructuring and optimising their business processes.

After a long career in gastronomy and agriculture, Dennis Weisbrod decided to share his experience and expertise with colleagues in the industry and possibly help them. In today's fast-moving times, it is sometimes no longer enough to rely on old, proven methods, he notes. "At the same time, after 20-30 years, a certain blindness to the business often occurs. With a new structure and, if necessary, new work processes and an experienced, vigilant eye from outside, this can be counteracted and the potential of every company can be redesigned and expanded." 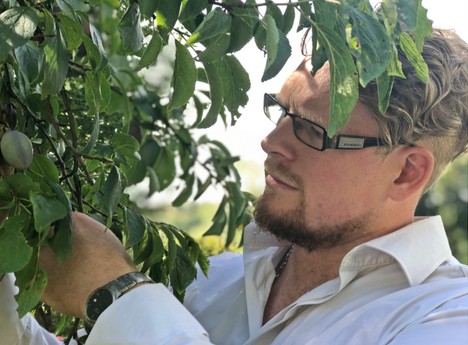 Dennis Weisbrod worked for many years in gastronomy and agriculture. Now he wants to support his colleagues with advice and action.

Great challenges in both sectors
As an independent consultant based in the West German Eiffel region, Weisbrod focuses primarily on the catering and agricultural sectors. In the latter sector, he has worked as a production manager at an innovative fruit growing company in Jülich (Aachen) - mainly growing earth and kiwi berries. His interim conclusion: agriculture is increasingly facing major challenges. "Rising minimum wages, strict regulations on plant protection products and increasing logistical challenges mean higher production costs for the grower."

At the same time, he said, the existing cultivation systems and processes were increasingly no longer profitable. He is therefore considering organising a seminar on harvest structures and organisation after the Covid19 pandemic. "Regionality is clearly coming to the fore and consumers are increasingly willing to live more consciously and eat healthily. Nevertheless, a substantial part of the fruit and vegetables to be marketed still comes from abroad because it is produced more cheaply there."

According to Weisbrod, there are similar trends in the catering industry, the sector most severely affected by the Corona pandemic. A significant proportion of sales in the German restaurant trade has collapsed. However, even independently of Corona, Weisbrod sees challenges and therefore opportunities for all restaurateurs. "Gastronomy has taken on a completely different significance in recent years. People are returning to the distinctive and original. For this reason, I believe that even the classic inns must increasingly develop into experience gastronomy," says Weisbrod. 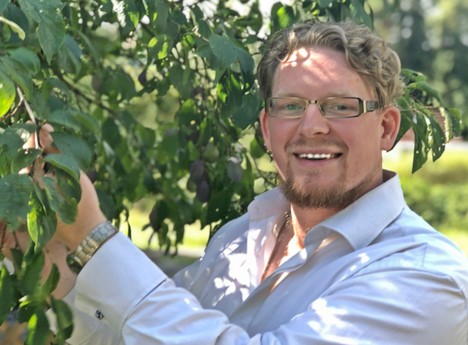 Basic analysis on site
The new one-man company focuses primarily on medium-sized companies in the above-mentioned sectors, but is also open to other areas. Within a very short time, Weisbrod has already received a pleasing number of enquiries, including from Franconia and Austria. "Similar, individual advice centres are rare in these areas. Across Germany there are only four competitors and in the West I am the only one. Due to the nature of Corona, I still mainly communicate with customers by telephone, but normally I would spend at least two days carrying out a basic analysis at the companies on site."