First arrivals of Turkish lemons at the Vienna wholesale market

"Despite Corona, the first signs are promising"

The new season for Turkish citrus fruits is about to start. Last Sunday the first lemons of the 'Mayer' variety arrived at the Vienna wholesale market. Although the Covid 19 pandemic continues to affect the markets, a successful citrus campaign is expected. "The first signs are good - the quality of the first lemons is undoubtedly excellent", says Baris Sahin, direct importer and managing director of the Viennese wholesale company Petrik & Sahin OG.

Similar to last year, the Turkish citrus campaign will be launched at the beginning of September. The new season is traditionally rung in with the early lemon Mayer. "This variety is produced exclusively in Turkey and is extremely juicy. Although the season is just beginning, all the calibres required are already available," Mr Sahin assures.

The first Turkish grown satsumas usually arrive at the beginning of October, followed by the first oranges in mid-end October. "Washington and Valencia are the most important orange varieties in Turkey. In general, I have the feeling that Turkish citrus is becoming increasingly popular, especially in the local gastronomy," says Sahin. The latter sales channel was particularly badly affected by the Corona crisis. "Nevertheless, we are hoping for a high demand." 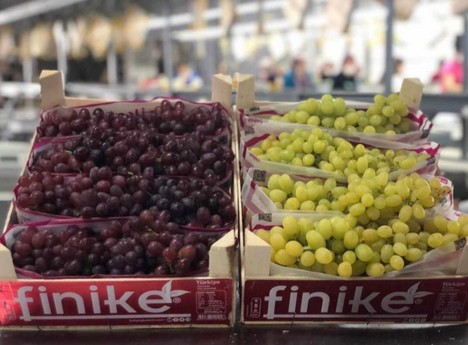 The Turkish grape campaign is currently in full swing.

Quantitative shortage of grapes
While the Turkish citrus campaign is just beginning, the grape season is already in full swing. Every week, tons of Sultana and Crimson Seedless are handled at the Vienna wholesale market. "We are quite satisfied with the season so far: The fruit quality is still good, but the quantities are a bit tighter at the moment. Demand can still be met, but an early end to the season cannot be ruled out this year. Normally the supply of Turkish grapes continues into November or even December." 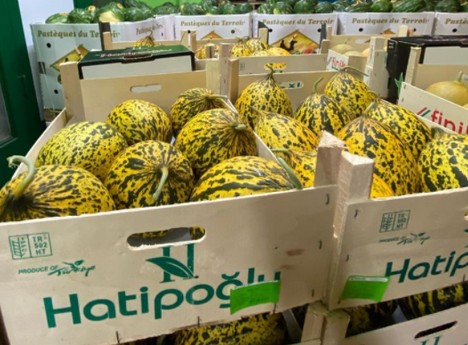 Melons: From a market niche to an integral product
The seasonal selection of Turkish products is rounded off with Kirkagac melons. "The striped, slightly elongated melon variety is grown only in Turkey and is also becoming increasingly popular among local wholesale customers," Sahin observes. "We hope to be able to offer them until the end of the month."