"After a period of very high prices for Hass avocado during the winter and spring of 2020, we had to deal with lower prices in the recent summer months. This was because the market came under pressure due to the large supply from Peru, caused by a so-called 'on year' which happens every other year. In addition, South Africa and Kenya also had enough product to offer," recalls Elena Rogojnikova of Hagé International / The Greenery. 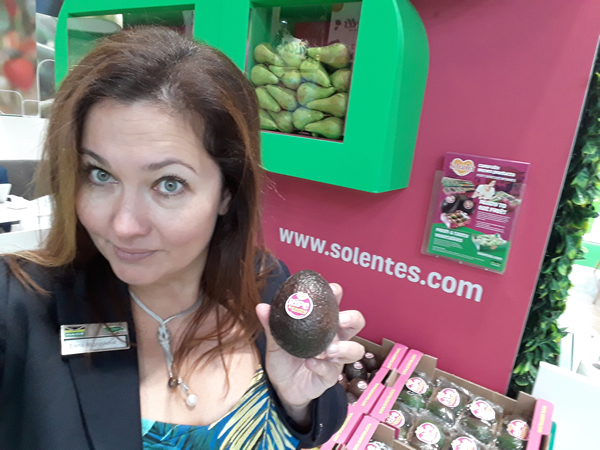 Avocado Cookbook
"Despite - or perhaps to some extent due to - the Corona crisis, the avocado season, for both Hass and Greenskins, has been going very well so far. The crisis has seen consumer demand rise, resulting in higher demand from supermarkets" , said Elena. "The avocado is a symbol of healthy food and this year people are even more conscious of their health than usual. Working from home means that more people are cooking at home. This made the Avocado Cookbook that could be downloaded when purchasing avocados more than welcome in Dutch households. Offers in June - declared Avocado Month by World Avocado Organisation - were also successful.

"The Greenskins market was also good. There was a large supply from South Africa, but as soon as they were ripe, they were immediately sold due to the high demand from export customers. With virtually no quality problems, we closed the South African Greenskins season and as of last week we started with the first avocados of Galil from Israel,” the importer continues.

Heat wave in Israel
"This season, the supply of Greenskins from Israel is expected to be the same as last year. Initially, it was going to be an 'on year' in Israel with higher volumes. But due to the heatwave in Israel at the end of April / beginning of May, a part of the harvest was unfortunately damaged. In the region above Galilee this heat wave caused damage to 70% of the crop and in the Galilee Sea region it affected 10%. In the other regions we see 30 to 50% damage. Taking this into account, we expect a good season in terms of prices. The first Ettinger from Israel are expected to be harvested around September 15."

"In the meantime, the situation with Hass avocados has turned again. There is a large shortage in smaller sizes due to reduced supply from Peru, causing prices to rise. September is a transition month from Peru to Chile. Chile expects 5 to 10% less volume in the coming season, which will undoubtedly result in very high prices. The first Chilean avocados will arrive in week 39. The Colombian Hass avocado season will start completely in October. "