There was a Food Crisis Management event on 2 September. ESSA (European Sprouted Seeds Association) and Freshfel Europe organized it. Evers Specials, a bean sprouts producer, sponsored the event. They also officially launched the company's rebranding. Officially, because the restyled website has been up for some time already. The food crisis management event was planned for May. But, had to, ironically, be postponed due to the corona crisis. 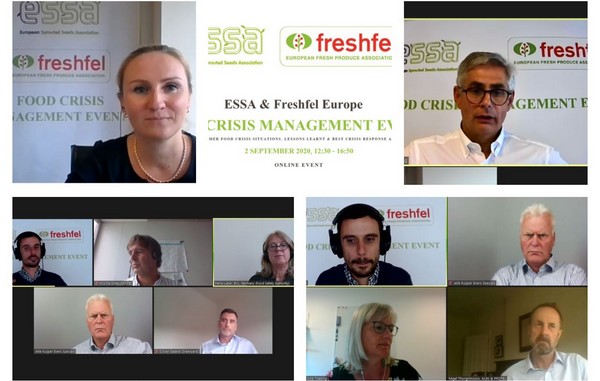 The online panel discussion at the event.

Jelle Kuijper is ESSA's director and chairs the crisis management working group. He reflects on a successful event that's certainly worth repeating. More than 200 people joined the virtual event. People shared lessons learned from previous crises. These include the EHEC, listeria, and (sector-wide) fipronil crises.

Participants were also offered two scenarios. They had to figure out how to deal with a crisis themselves. One, inspired by the corona crisis, was very current. There was a diverse range of speakers and participants. That included members of different local and international sectors. The Dutch government and the European Commission were represented too. 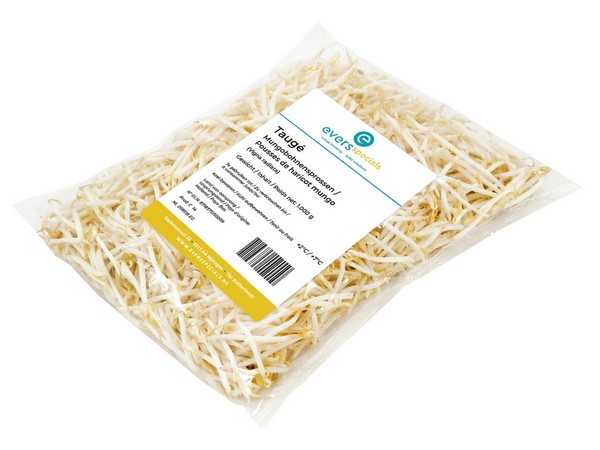 Product packaging is also in the new house style - a bean sprout flow pack with the new logo.

Trust is key
"The lessons learned from this event were that, particularly, trust, transparency, and cooperation between the various institutions is crucial. There's always a risk of another food crisis. It adds value to know each other beforehand. Not only within the branches," says Jelle.

"But also on the outside, like government organizations and other sectors. When I look back, ESSA was, after all, a result of the EHEC crisis. I would recommend this European solidarity to other sectors too. But, then, before a crisis breaks out. Our sector learned a vital lesson from the EHEC crisis. We needed an association like ESSA."

The entire sector must grow, strengthen, and improve
Evers Specials rebranding has close ties to the event. That's not strange, considering the company's mission, vision, and core values. "It started small - our company had a new website done. But, soon, we felt the need to evaluate what we stand for and what our future looks like," explains Selma Brom, a member of Evers Specials' marketing team.

"That resulted in a vision. We not only want to grow, improve, and strengthen the company. We want to do so along with the entire sprout sector. Crisis management is an important part of that. And we wanted to convey that at this event's first edition."

If it were up to Kuijper, this event would be held more often in the future. And not only for the fruit and vegetable sector. "It would be great if we could organize this in rotation. Each year, a different food sector would be responsible. That must be at a European level. Because let's face it - there's no such thing as a purely national crisis anymore. That was also one of the event's lessons," Jelle concludes