Forced to grow in sustainable and environmentally friendly way

Near the beginning of a new harvest, avocado producers in Chile are facing a challenging factor: the drought and the water deficit that occurs in various regions of the country. “In some parts there are no avocados or less plantations. Without going any further, avocado plantations reduced their production by 30%, from 245,000 tons in the 2016-2017 harvest to 168,000 in the 2019-2020 harvest," revealed Francisco Contardo, Executive Director of Paltas de Chile A.G.

According to him, the largest export volume was directed to Europe: “Specifically, 71.3% were exported to Western Europe, followed by 10.3% to South America, 9.1% to North America, 8.6% for Asia (excluding the Middle East). Australia should soon enter our portfolio and we are in negotiations to open Korea, which reflects the good reputation of the product, both for its quality and for its traceability in production”.

In terms of value, explains Contardo, avocados remain stable in the various markets and with a price range that does not change much, since it is a product of preference due to its high nutritional and functional levels. 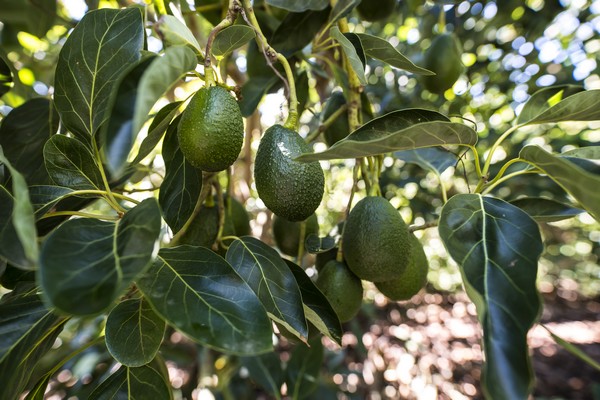 Sustainable and environmentally friendly production
Contardo states that the country's production is not only “sustainable, but also environmentally friendly”. He made sure to clarify information released by news agencies not specialized in agribusiness. “We are aware of some actors interested in harming us by raising falsehoods without a technical but political basis. We are secure with the responsibility of leading an industry that meets the demands of today's world, with a sustainable vision”.

“We are the only positive carbon crop in Chile that helps to combat climate change. The 2010 Study of the Carbon Footprint in Agricultural Export Products of Chile, from INIA (Research Center of the State of Chile), established that avocados on the hillsides capture more C02 than is generated by their production and commercialization, which implies that they are the only culture in Chile with positive carbon, that is, that contributes to reversing the damage caused by climate change”, he adds.

Contardo states that the avocado sector in Chile has the most technical irrigation in the country, with more than 80% of the planted area having technical or automated irrigation systems and 90% efficiency in the use of water resources. “Also, this season we will conduct a pilot with the Swiss company Aqua4D in the search for even greater efficiency. We are subject to demanding international certifications, including the Rainforest Alliance seal, which attests to lower water consumption, less soil erosion and protection of wildlife habitat as a means of containing deforestation. It also has the Global GAP and Grasp stamps, among others,” he points out.

Impact of drought
“The drought affects the whole country and its population, and we understand that it is worrying. The population with supply problems is the one that depends on APRs (rural drinking water) due to the loss of their wells or simply because they have dried up, a situation that is in charge of the Ministry of Public Works. This does not have to do with any specific production activity, because in the case of avocados, there are areas that do not show drought despite having harvests,” he adds.

According to Contardo, the drought challenge has led them to continue efforts to make water use more efficient. “In our country, it is possible to make better use of this scarce resource, requiring an average of 400 liters of water per kilo of avocado, while the world average is 2,000 liters of water. We know that there is a lot of misinformation and political interests, that's why we were always open to answer anyone's questions, with transparency and truthfulness, as long as the intention is to inform and not destroy,” he concludes.