SIIM launches its new platform on the MIN of Rungis: first ripening site in France

On Monday, August 31st, at 2pm sharp, the SIIM employees officially moved into their new facilities at the heart of the International Market of Paris-Rungis. More than 12,000 m², spread between the social headquarters of the Omer-Decugis Group and the warehouse. With 1,000 pallets of differentiated cold storage and 42 ripening chambers of a total simultaneous capacity of 67 trucks (1,608 pallets), it is the first mass ripening site for bananas, mangoes and exotic fruit in France. 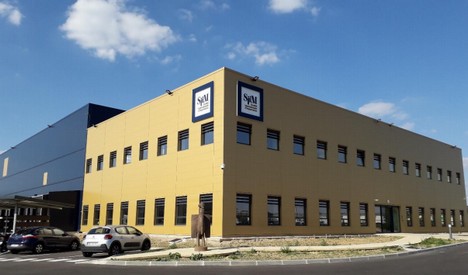 Developed in close partnership with Semmaris since 2015, this custom-built platform, symbolically located at 1 Place Paul Omer-Decugis, was designed to meet the Group’s ambitions of technical excellence while offering a working environment that promotes the well-being of the employees and focuses on ergonomics, light and comfort. 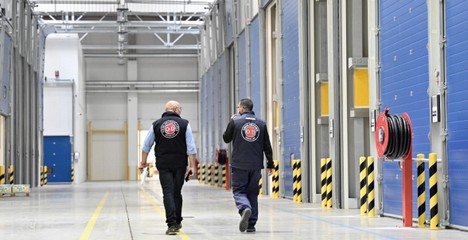 Equipped with several innovative systems adapted to the activities of the Group - air treatment, ripening, storage and conservation, lighting, cold production- and meeting the global challenges of performance and energy efficiency, the SIIM platform also wants to be a center of excellence serving an offer of fresh fruit and vegetables adapted to client needs and consumer expectations.

About SIIM
Producer, importer, ripener and distributor of tropical fruit and vegetables, SIIM is a branch of the Omer-Decugis & Fils Group founded in 1850. It is a reference on the European market and a leader in Africa. While it has production in Africa and Latin America, SIIM has its own distribution network in France and Spain where it permeates all European markets. It offers a specific know-how in ripening (bananas, mangoes, papayas, avocados), which allows it to offer a range of bananas and exotic fruits with guaranteed ripeness from its ripening platform in Rungis.

A committed actor at each stage of the value chain, from production to distribution, SIIM is recognized for its high quality and food safety standards (IFS Food certification, AEO approval). SIIM is a member of the BSCI (Business Social Compliance Initiative), adheres to the United Nations Global Compact and supports the Rainforest Alliance. 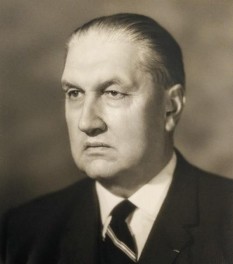 Paul Omer-Decugis (1904-1983), 4th generation at the head of the Omer-Decugis Group, is the father and grand-father of the current leaders of the Group respectively (Louis and Vincent Omer-Decugis).

President of the Group from 1932 to 1973, Paul Omer-Decugis was also president of the Fruit and Vegetable Wholesalers Union for over 40 years, first president of Unigros in charge of the “Move of the century” when the MIN of Rungis was created, and vice-president of the Paris Chamber of Commerce and Industry. A place which pays tribute to him now bears his name at the International Market of Paris-Rungis.