Spanish Iceberg lettuce is not doing so well compared to last month. Prices went from €6 for crates containing 10 heads to €3.50-4.50, depending on quality. The produce arrives in Italy as well, where demand has been satisfactory. 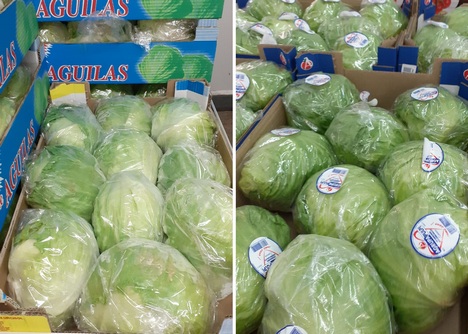 Giuseppe Iacovazzo, an Italian operator based in Spain, reports that "trucks Iceberg lettuce (10-15 pallets) are arriving from mainly from Murcia and a little from Andalusia as well. The Spanish produce has been reaching the Italian market for quite some time. Those who no longer wanted the Dutch produce due to the decreasing value for money opted for the Spanish lettuce." 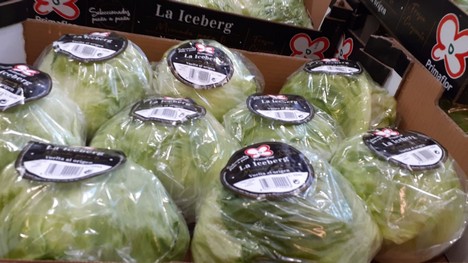 General quality is good, and so is weight. "If there are no weather problems, quantities are set to increase as of next week."

Italian exports to Spain
The Italian products mainly sent to Spain are Italia grapes and prickly pears. "There are limited quantities of tomatoes as well, mainly Sicilian cherry and yellow plum tomatoes, but shipments are not constant. The Spanish market is in fact flooded with Dutch bunch tomatoes at low prices of around €0.30-0.50." 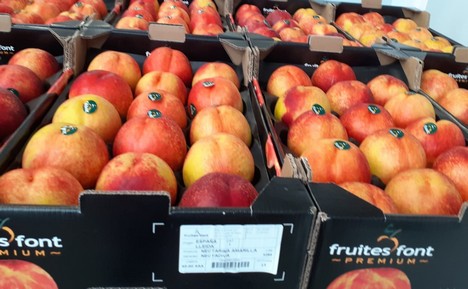 The Spanish market
The stone fruit campaign is practically over. "The last peaches and nectarines are being sold at €1.50 for the highest quality. Plums are selling well and some volumes are shipped to Italy as well. In addition, there are a lot of Spanish grapes on top of the Italian ones and the first persimmons have appeared, albeit a bit green. There are also Spanish mangoes and limited quantities of cherimoya sold at €3.00."

"What is more, there are also Piel de Sapo melons and Spanish green lemons. The price of the latter, packaged and with leaves, is a little high at €0.80-0.90, with higher quotations for the extra quality."