Ginger is one of the products that has seen many different effects due to the pandemic: highs and lows, shortages and oversupplies. Añawi’s Peruvian organic ginger season runs from May through March, and they’ve seen both the high and the low. Alonso Salcedo shares: “From December through February there were low amounts of ginger in the market because China was having issues with their shipments due to the pandemic. A lot of customers looked toward other origins instead and the prices went up a lot during that time.” 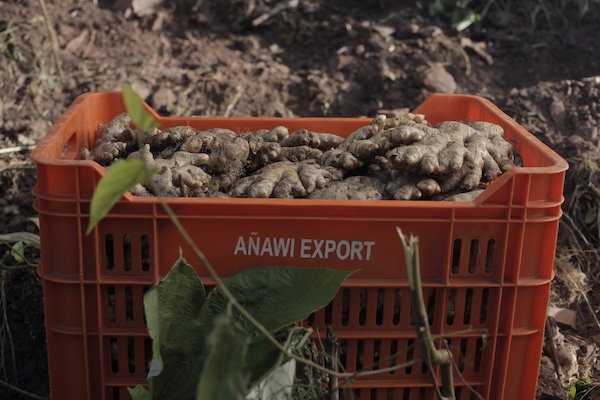 Oversupply in the market right now
For Añawi, the ginger season usually starts in early May, but this year, due to the pandemic, they weren’t able to get out their first shipments until the end of the month. “Usually we send some small shipments of the young ginger at the start of the season, but the young ginger needs to be shipped by air, not by sea. At that point in the pandemic, there was barely any airfreight available and we decided to wait until our product was fully mature. At the very end of May we shipped out our first volumes of ginger for the season, when it was mature enough to keep its high-quality while being shipped with ocean freight,” Salcedo explains. 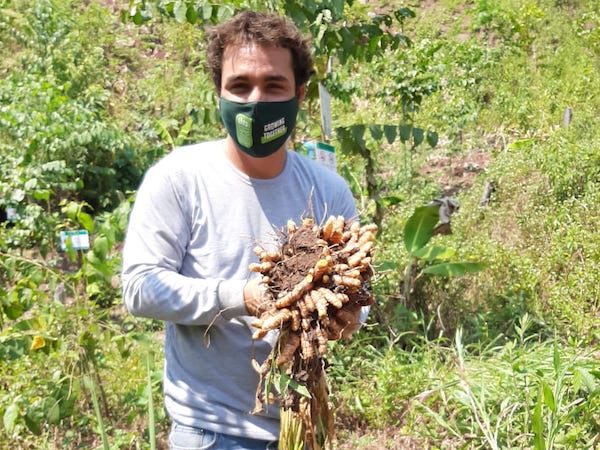 Mario Vidaurre, who co-founded Añawi together with Alonso Salcedo.

At the start of the season, the prices were alright, Salcedo says. “Then, from July up until early August, the prices went a lot lower. There was a fictional bubble around the Peruvian ginger industry: many people believed that it’s a very good market to be in right now, because of the high prices we were seeing at the end of last season. We experienced a market overload at the beginning of the season and the price was not very good. However, the demand is going up during these current weeks and we expect higher prices as we move out of summer.”

Certifications and social responsibility
Añawi is dedicated to sustainability and ensuring that their workers and community are well taken care of. That is why they recently decided to re-brand their company with their new slogan “Growing Together.” Salcedo explains: “In Añawi, we are convinced that the only way of success in a sustainable manner is making sure that all participants in the supply chain grow with us. The collaborators, suppliers, clients and communities we work with are key elements of our project. That is what we chose to represent with our new slogan.” 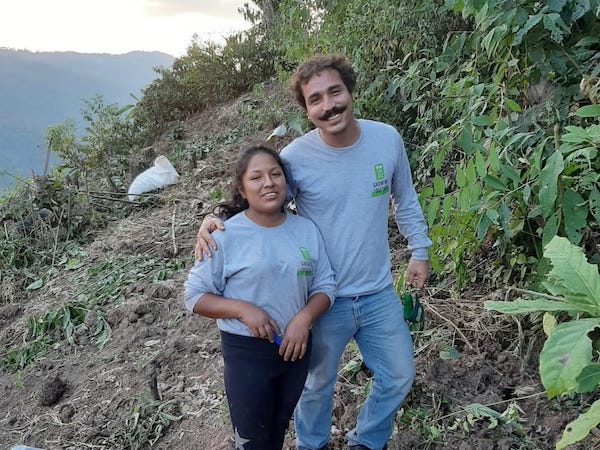 Añawi has already been audited to receive their SMETA certification in the coming weeks. “These kinds of certifications, which help to ensure that a farm’s and packing house workers are being well taken care of, are very important but they’re not enough,” Salcedo says. “There are many ginger companies here in Peru who ship three or four containers a week but who only have one or two people on their official payroll. That means that there are a lot of people working at these farms and packing stations who don’t have any benefits such as a pension, healthcare, or paid overtime. That is why it is important for importers of ginger to do their research and find the right exporter for them, and make sure they are working with companies who are socially responsible,” Salcedo concludes.