Consumer demand for pineapples reached unprecedented heights as South Africans brewed beer with the fruit, creating a shortage at a time when prices were already trending upwards due to supply constraints caused by sunburn and localised hail damage, as well as a long-term drought.

This led to four weeks of extraordinary prices, at one stage (during the first banning period) reaching a high of R300 (14.6 euro)  for an 8kg box of count 10 pineapples on the wholesale market, working out to R30 (1.46 euro) for an approximately 800g pineapple. 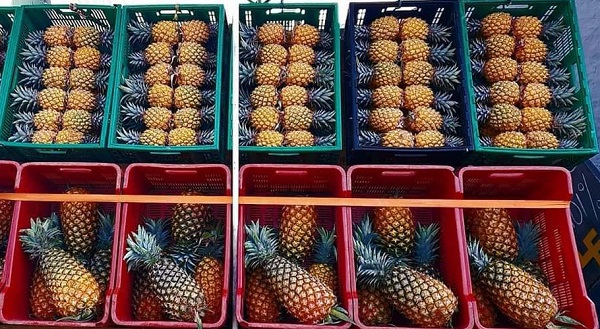 Growers requested a pineapple price ceiling to reduce volatility
“It was clear to us, when looking at discussions on Facebook pineapple beer brewing forums, that there was a consumer resistance developing in response to the high pineapple prices,” says Cobus Oosthuizen, founder of Mazuri Pynappels in Hluhluwe, KwaZulu-Natal.

“We sell pineapples 52 weeks of the year. Stable prices and a constant flow are more important to us than this seesaw of prices.”

When the second ban on alcohol sales was announced, he and a number of other pineapple farmers, independent of each other, requested agents at various markets across the country to keep a lid on prices and avoid a repeat of the sky-high price spikes.

Market agents listened, and prices didn’t go much past R200 (9.7 euro) per 8kg box during the second banning period.

“There’s a nice flow at the moment, late last week an 8kg box of count 10 pineapples sold for R150 (7.3 euro) per box on the Johannesburg market and that is a very reasonable price, one that satisfies the farmer and satisfies the agent.” 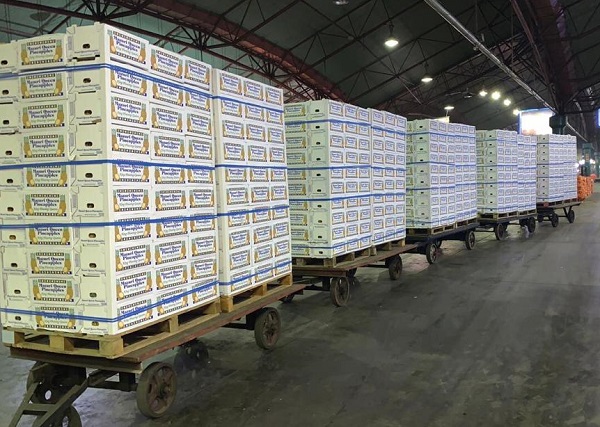 Pineapples for fruit salad exports
He doubts whether the flow will continue into September, when supply will probably increase as crops rebound from hail and drought and by September a pineapple surplus could even develop.

Mazuri Pynappels is a pineapple supplier to major retailer Shoprite Checkers and delivers a lot of pineapples for fruit salad preparation to various fruit cutters like Blue Skies, much of it for export.

Mazuri Pynappels has had a long relationship with Blue Skies, “an incredible company” he notes.

Ironically, they are in the process of setting up a pineapple distillery for gin, vodka and fortified liquor in Hluhluwe to add value to their crop and take volumes off the fresh markets.

Higher pineapple yields possible in Mozambique
Pineapples are trucked from Hluhluwe and East London to their depot at Bapsfontein, east of Johannesburg. The location is centrally located to also receive their volumes from Maputo Province in Mozambique. 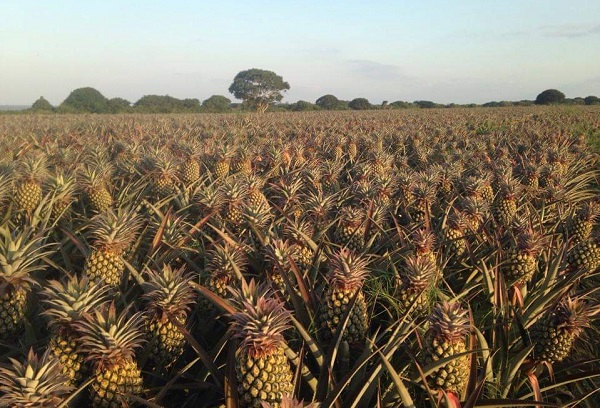 “We have been involved in the south of Mozambique for a while now. It’s only about two and a half hours from Hluhluwe to Bela Vista in Mozambique but it’s been difficult to do business, we haven’t been able to go back to our production units for months now and we’ve written off tonnes of pineapples.”

Foreign nationals are not allowed to own land in Mozambique, where they lease land for an extendable period of 50 years.

The soil in southern Mozambique has never been planted to pineapples, meaning no soil fumigation against nematodes is required and they’re obtaining yields far above that they’re getting in Hluhluwe where pineapples have been grown for about 70 years now.

“Pineapple production in Hluhluwe requires very high input costs to maintain production levels. My son Reghardt is an exceptional pineapple farmer who manages to get 103 tonnes per hectare.” 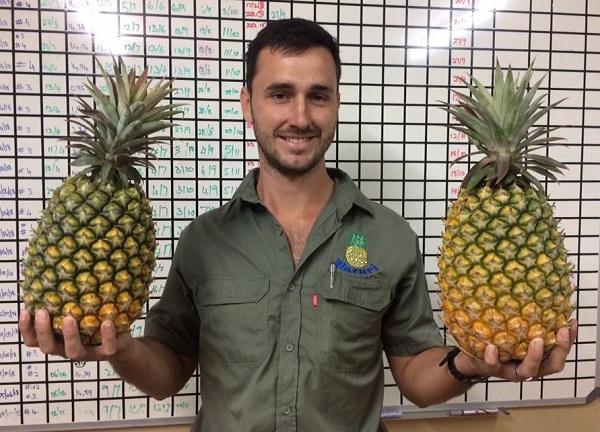 Reghardt Oosthuizen with pineapples of 5kg each

Regardt Oosthuizen has assumed much of the executive responsibilities at Mazuri Pynappels.

The current political situation in South Africa is a cause of concern to them, Cobus continues, and the rhetoric of land appropriation by force has led them to seriously consider relocating their entire operations to Mozambique.

“We are a business that has been built up over many years from zero, we are skilled at what we do and we have to consider the risks of doing business. The government of Mozambique has welcomed us with open arms.”

“If things don’t seem to be improving in South Africa, if you find yourself backed into a corner, it’s good to know you have a back door.”