Limes out of Veracruz, Mexico

High prices for number one quality limes in US market

Lime growers in Mexico are preparing their fields for the coming planting, and this has brought high volumes of number two quality limes onto the US market. Mario Cisneros of Santis Produce explains: “The growers are cutting down the limes that are currently on the plants to prepare, and this has brought a lot of number two limes onto the market while number one limes are in short supply right now.”

Santis Produce works mostly with limes from Veracruz, but they also bring in limes from Michoacán and Jalisco. “We like to offer a steady year-round supply, so when Veracruz isn’t able to provide the supplies we need, we’re able to get the limes from other regions to supply our customers,” says Cisneros. 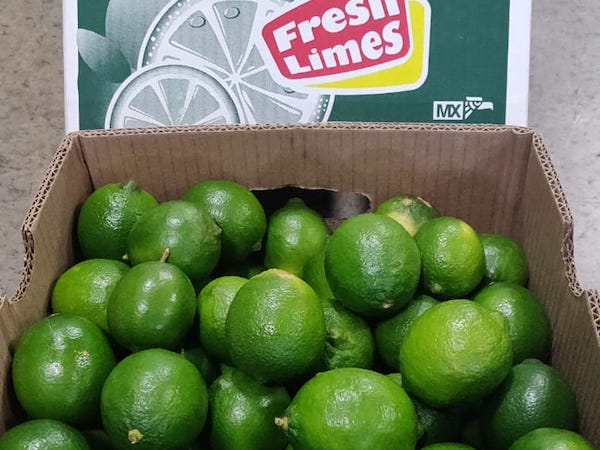 Looking toward the coming few weeks, Cisneros expects that in about two to three weeks there will be a bit of a gap in the lime supplies. “The growers are cutting down all their limes right now, and the next load won’t be here for another 15 to 20 days, so there will likely be a little bit of a gap in supply which will make the pricing on the market increase during that time. When the new volumes come in, though, the market will likely be steadied,” he says.

The weather in Veracruz has been rainy in the past week and the forecast predicts more rain in the coming week. “This has slowed down the supplies because the growers can’t harvest on rainy days. This will likely contribute to the small gap we are expecting,” Cisneros explains.

Demand has been up and down
The pandemic and the temporary closure of foodservice establishments has impacted the overall lime demand. Cisneros shares: “Many customers have reduced their orders, going from two loads a week to six to eight pallets a week, for example. We used to bring in around eight to ten loads a week, which has now been cut down to four to five loads a week.”

Overall, the demand on the market has been unsteady. “There are times when the market is dead, and then at other times it picks back up again,” Cisneros explains. “Especially when the prices are high, like right now, the customers are buying less product because they want to make sure they will sell out of it all; they don’t want to have any supplies in storage that they might not be able to sell. There’s a bit of improvement in the markets overall as the foodservice starts to slowly reopen, but generally there’s still ups and downs,” he concludes.

Santis Produce also supplies mangoes out of Mexico right now and will be starting their Mexican honeydew season in December. 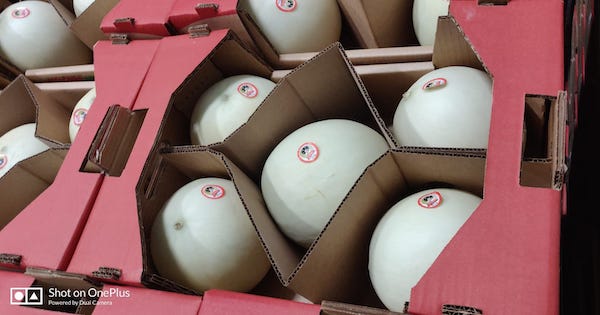