Reduced export estimates on both Valencias and navels 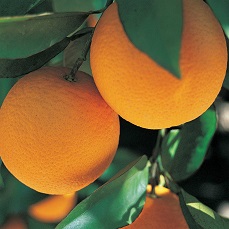 The Valencia season in the north of South Africa is winding down with lower export volumes from Durban within the next few weeks, while in the Western, Northern and Eastern Cape a normal Valencia harvest is getting underway.

The original Valencia export estimate of 50.3 million 15kg cartons has been reduced to 48.7 million cartons for Southern Africa, which includes Zimbabwe and Eswatini (Swaziland).

Of that number, the northern parts of South Africa (Limpopo and Mpumalanga) will be responsible for over 34 million 15kg cartons of Valencias.

In the important Valencia production area of Letsitele the estimate has been reduced by a million cartons. Their late Valencias are better than the Midknights with smaller sizes and good colour and pack-outs.

A month ago, in the Eastern and Western Cape, some growers were concerned at the small sizes of their Midknights.

Most growers in Letsitele and Senwes are expected to finish packing between weeks 34 to 36, about two to three weeks early.

Late mandarins, still on the upward trajectory of its growth curve, will overlap to a greater degree with late Valencias in the northern areas.

The export estimate for lemons is 26.722 million 15kg cartons this season.

In the northern region and the Western Cape the navel crop was normal, with a higher output of late navels expected in parts of the Eastern Cape (some areas could see a 10% drop due to the ongoing drought).